Can it really be 20 years since we learned that Kate Middleton was dating Prince William — and over a decade since they became engaged?

When she and Wills got hitched, some dared to raise concerns: not just that ‘Waity Katy’ had taken so long to let that ring slip on her finger but that, having worked only for her mum Carole’s Party Pieces business and part-time at a High Street fashion chain, she might be a little ‘workshy’.

Would this elegant but quiet young woman really be able to help lead a new generation of royals into the 21st century, and secure the future of the House of Windsor? 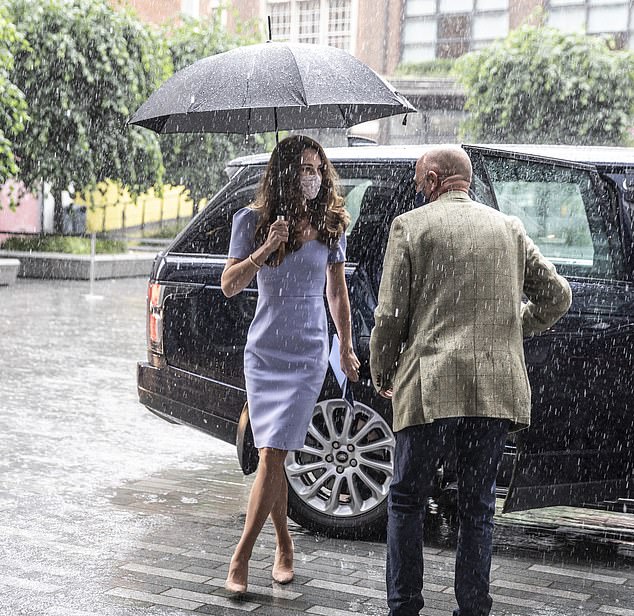 Can it be 20 years since we learned that Kate Middleton (pictured) was dating Prince William? When they got hitched, some dared to raise concerns she would be ‘workshy’

Well, few doubt that now. Yesterday, the increasingly visible and steely Kate launched her landmark Centre For Early Childhood: a groundbreaking project devoted to highlighting how experiences in the first years of life are ‘make or break’ for anyone.

It’s a major scheme that has been ten years in the making, with a full-time staff of six, a budget of millions (funded by outside donations, not the taxpayer) and enjoying the support of Harvard University and the London School of Economics.

It aims to find practical solutions — and transform the lives of the next generation.

A splendid endeavour and we wish her well. This is the sort of work that senior royals should be undertaking.

Kate already has a role model in Prince Philip and his long-established Duke of Edinburgh’s Award, which has helped shape the lives of hundreds of thousands of children, just as her father-in-law Charles’s Prince’s Trust has delivered opportunities to countless disadvantaged youths.

Meanwhile, Kate’s late mother-in-law Diana was just 26 when she held the hand of a man dying of Aids and, some years later, brought the scourge of landmines to the world’s attention as never before. 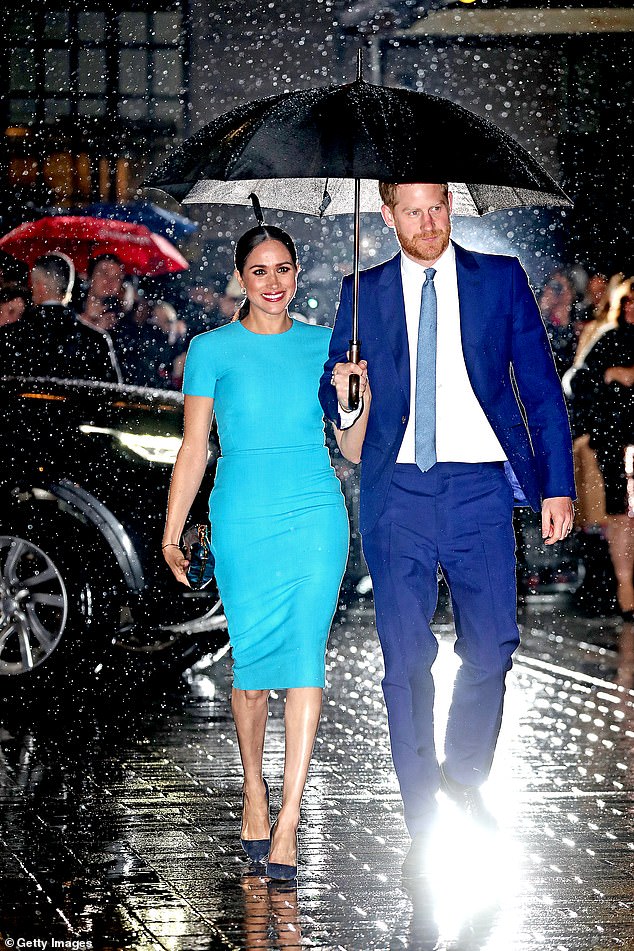 Yesterday, an increasingly steely Kate showed Meghan Markle (pictured with Harry) how its done as she launched her groundbreaking project Centre For Early Childhood

Diana was just 36 when she died. But Kate is now 39, William, 38. It’s high time the Duchess took on such serious, lifetime work and ensured a lasting legacy.

And perhaps, too, there’s a lesson here for sister-in-law Meghan, also 39 and savouring the mixed success of her soppy picture book, The Bench.

A best-seller in the U.S., over here, despite enjoying huge media coverage, it failed to reach the top 50.

The conclusion? Brits understand the difference between serving others and self-serving drivel.

Silly boffins at the World Health Organisation decree that women of childbearing age — up to 45! — should not drink, ever.

What, no fizz to enhance the mood? No whoopsie moment after one too many glasses of Chablis?

How do these WHO wonks think women ever manage to get pregnant in the first place?

CELEBRITIES PUT PARENTS IN THE SHADE

This will dole out free sun lotion via food banks to deliver on the inalienable right of every child to be provided with free suncream.

Are parents not meant to provide anything for their children any more? Surely they can all afford to buy their youngsters a sun hat.

Victoria’s Secret, once the lingerie firm that sent busty ‘Angels’ tottering on the catwalk in high heels, unveils its achingly diverse new range of models, from trans women to gay activists and a former Sudanese refugee. 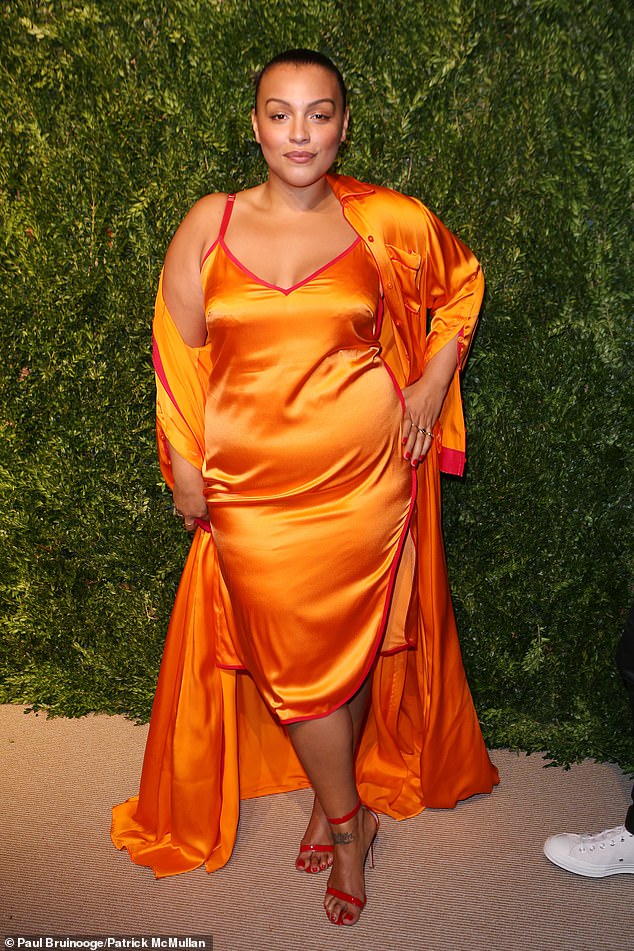 Paloma Elsesser (pictured), a size 14, said she came into modelling to ‘change the world’ as she campaigns for Victoria Secret’s current top size of XXL to be stretched to 5XL

But the most eye-catching is the ‘plus-size pioneer’ Paloma Elsesser, a size 14.

‘I didn’t come into modelling just to do all the cool stuff. I did it to change the world,’ claims Paloma as she campaigns for VS’s current top size of XXL to be stretched to 5XL.

Jolly good, but that’s the equivalent of a size 22, or the back end of a Number 22 bus. Changes ahead indeed, including VS having to reinforce next season’s catwalks.

Searching in vain to find anything interesting to say about herself now her career is largely on the small screen, Reese Witherspoon says she suffered ‘panic attacks’ filming her 2014 movie Wild, about a woman hiking solo for 1,100 miles through the U.S.

She was so terrified of ‘being alone’ in the wilderness, she claims, she needed hypnosis. I agree, the film was hypnotically boring.

And poor Reese bereft in the wild — with only a massive Hollywood crew to attend to her every whim.

After a damning public inquiry, we learn security staff and police missed at least seven chances to stop Manchester Arena bomber Salman Abedi killing 22 innocents at a pop concert in 2017.

Security firm Showsec failed to provide enough staff for the concert, and the few who were there were mostly young and under-trained, their guidance on counter-terrorism lifted — almost unbelievably — from Wikipedia.

One teenage guard fobbed off a concerned dad who saw Abedi wearing what looked like a suicide belt 16 minutes before the blast.

Showsec’s bosses were slammed for making ‘excuses’ and trying to ‘keep themselves out of the blame’ for the atrocity. And their award for this litany of failures?

MD Mark Harding and three other fat-cat directors have enjoyed more than 40 per cent pay rises in the three years since the disaster — plus hefty bonuses.

It’s truly sickening —but now, at least, the families of the victims are hoping to raise corporate manslaughter charges against Showsec and others.

I hope they receive millions in compensation — and that the tainted money of the security chiefs dwindles to nothing.

Sophie, Countess of Wessex, spoke for many when she said the death of Prince Philip had left a giant hole in all the royals’ lives, especially for Charles, Anne, Andrew and Edward.

Tomorrow will be their first Father’s Day without him. I wish I could say it gets easier with time, but the loss of anyone’s dad leaves a giant hole for ever. 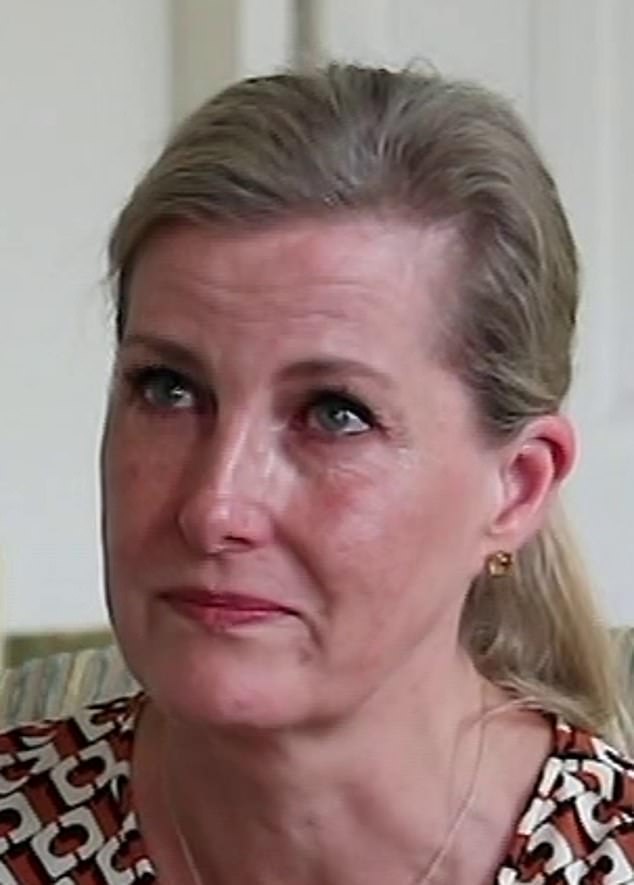 Sophie (pictured), Countess of Wessex, said the death of Prince Philip had left a giant hole in all the royals’ lives, especially for Charles, Anne, Andrew and Edward

Ahead of the England v Scotland game last night, Paul Gascoigne relived the moment he scored his glory goal against the tartan warriors in Euro 96, booting them out of the competition.

Amazing he could kick it at all, given that he mainly hits the bottle.

A heartwarming consortium of libraries and museums has come together to raise £15 million to save a dazzling literary collection for the nation: first editions, manuscripts and letters from our beloved Bronte sisters, Jane Austen, Robert Burns and Sir Walter Scott.

Where would girlhood dreams of tortuous romance be without blind Mr Rochester at last finding happiness in Jane Eyre? Or without Heathcliff and Cathy telling us of the agony and ecstasy of young love in Wuthering Heights?

It is a truth universally acknowledged that Britain has the greatest literary heritage in the world.

Let’s hope Friends Of The National Libraries succeeds in keeping this collection here — and perhaps Kate Bush, who made a fortune singing about poor Cathy for her 1978 power ballad, could be among the first to put her hand in her pocket.