‘To the eternal realms’: Princess Diana’s godson Eddy Downpatrick pays tribute to the Queen on Instagram after attending her funeral on Monday

The Duke of Kent’s grandson and the brother of Amelia Windsor, Edward, shared a tribute to the late Queen on Instagram.

Edward Windsor, 33, who is also known as Lord Downpatrick, is the Earl of St Andrews’ only son, and the brother of London-based model Amelia, 27.

He was among the royal mourners who attended the late Monarch’s funeral on Monday at Westminster Abbey and her committal service in Windsor.

The royal, who founded his own travel company Aristeia Travel and is a partner at Wheeler-Windsor Expeditions, where he offers specially curated expedition to clients, shared a tribute to his grandfather’s cousin on Instagram today.

The Scotland-dweller reposted the picture the Royal Palace shared of the late Sovereign following her funeral, which showed her hiking near Balmoral. 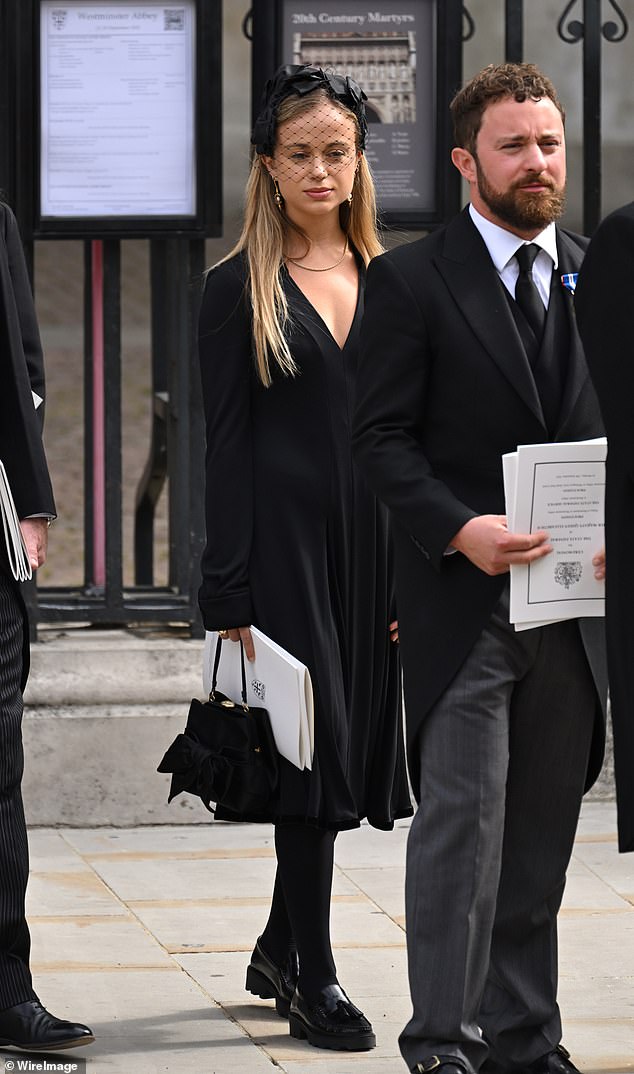 Edward Windsor, 33, who is also known as Lord Downpatrick, is the Earl of St Andrews’ only son, and the brother of Amelia Windsor, 27. He was among the royal mourners who attended the late Monarch’s funeral on Monday at Westminster Abbey and her Committal Ceremony in Windsor 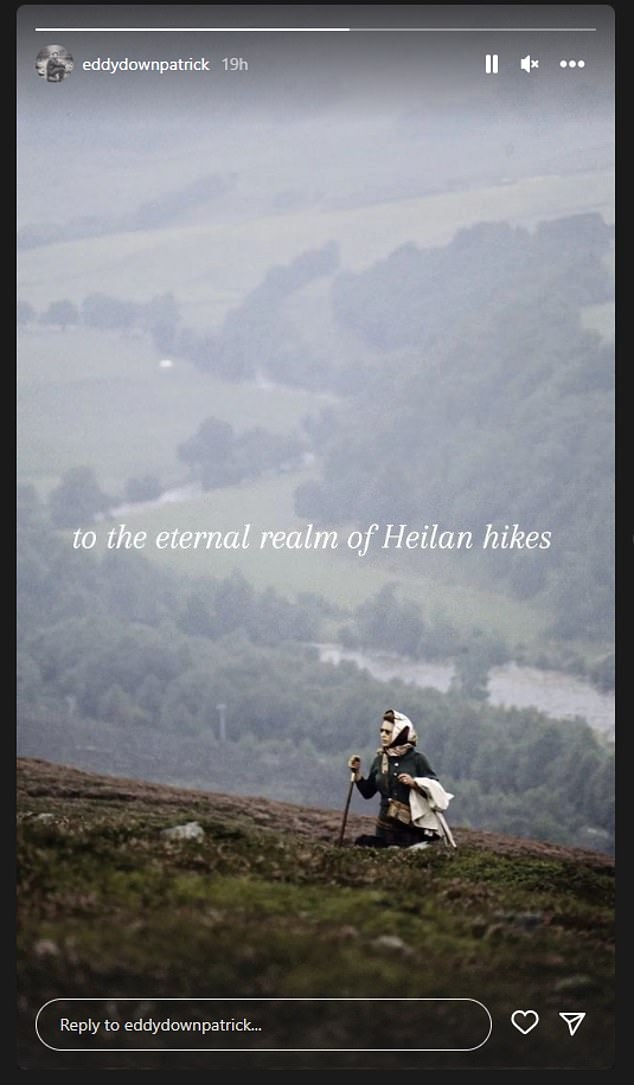 The royal, who founded his own travel company Aristeia Travel and is a partner at Wheeler-Windsor Expeditions, where he offers specially curated expedition to clients, shared a tribute to his grandfather’s cousin on Instagram today

Eddy’s homage was a sweet nod to the Queen’s love of the outdoors and of Scotland, with the caption: ‘To the eternal realms of Heilan hikes,’ with ‘heilan’ being the Scottish term for ‘Highland.’

Edward, an outdoorsy man himself, appeared sombre as he attended the Queen’s funeral with his two sisters, Marine, 29, and Amelia and their parents, George Windsor and Sylvana Palma Windsor.

The royal, who also goes by Eddy Downpatrick, is second-in-line for the Dukedom of Kent, and uses his grandfather Baron Downpatrick as a courtesy title.

Unlike his younger sister Amelia, who is 42nd in line for the British throne, Eddy is excluded from the line of succession because he is Roman Catholic. 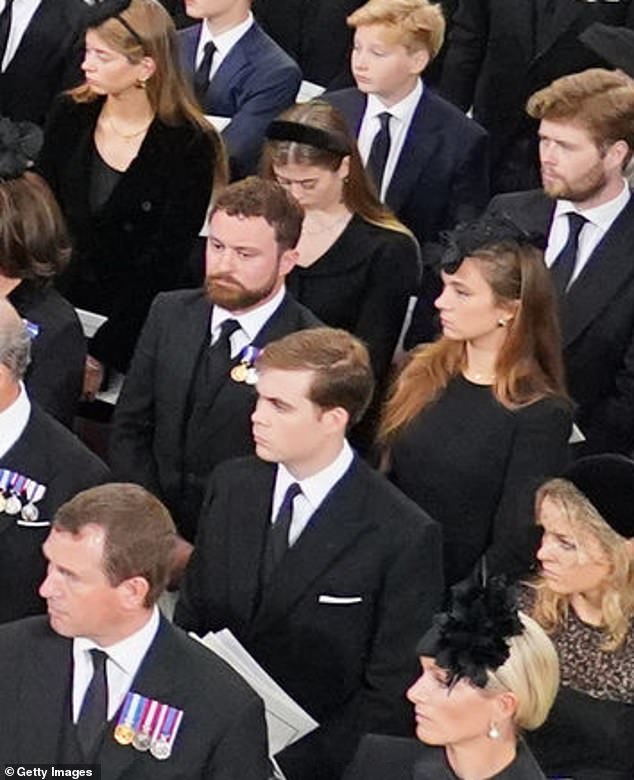 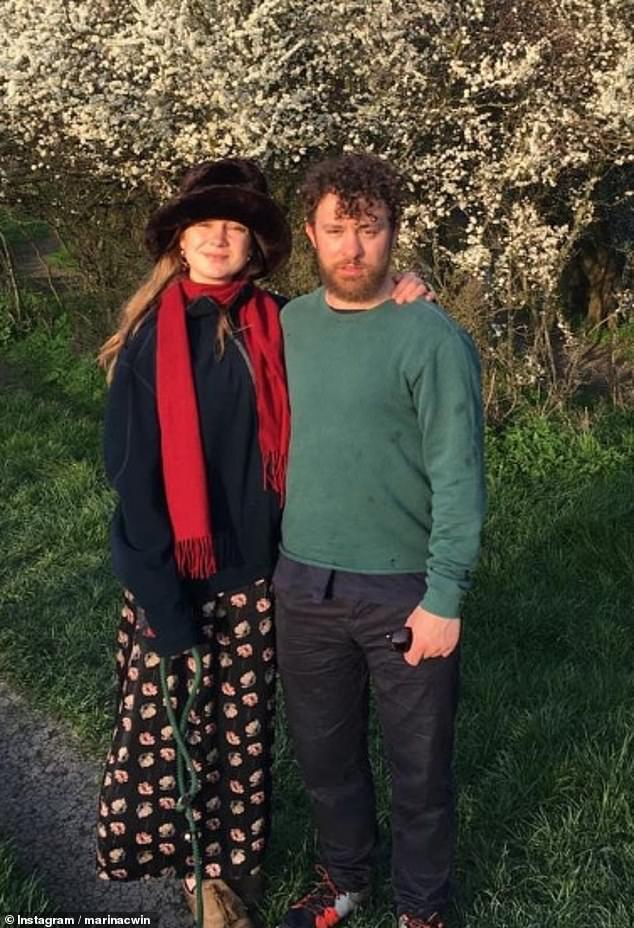 Eddy Downpatrick with his sister Marina Windsor, 29. The Windsor siblings are close and all attended the Queen’s funeral on Monday

That is because he followed the example of his grandmother, the Duchess of Kent, who is also Roman Catholic, and his uncle Lord Nicholas Windsor.

His father the Earl of St Andrews was also struck from the line of succession when he married Sylvana because she was raised Roman Catholic as well.

However, In 2013, the Succession to the Crown Act was passed, which grant the Earl of St Andrews’ succession rights again.

Edward and Marina both had been confirmed in the Roman Catholic faith by then, meaning they are still not eligible to succeed the throne.

However, their younger sister Amelia was not confirmed when the law passed, which is why she is still in line for the throne. 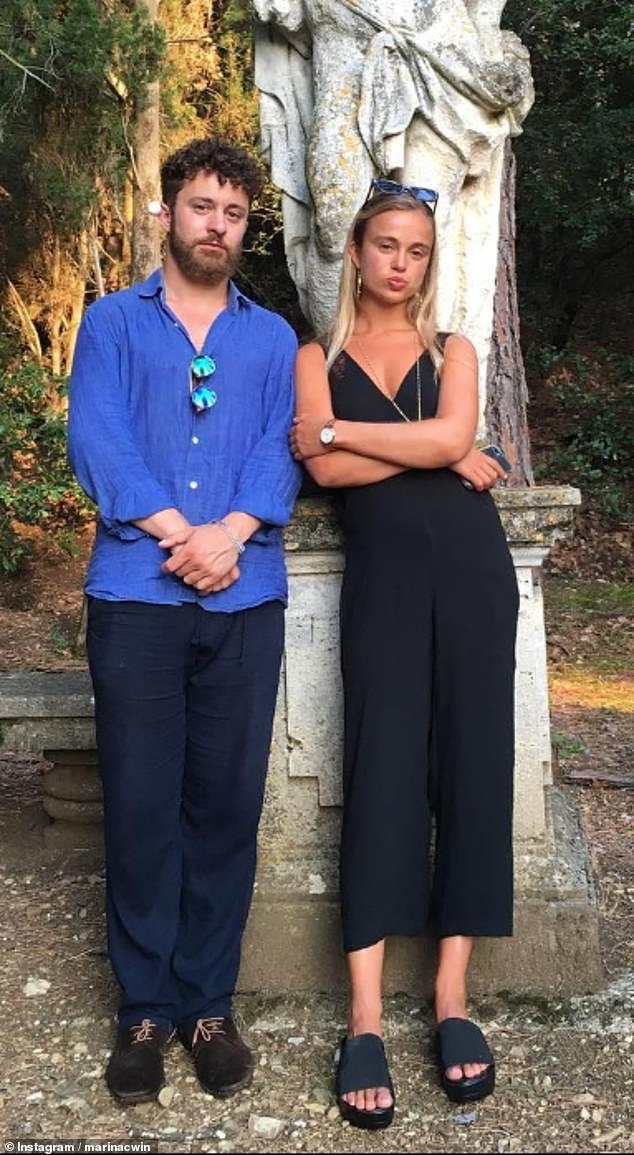 The royal with his younger sister, model Amelia Windsor, who is the only of the Windsor Children to be in line for the British throne 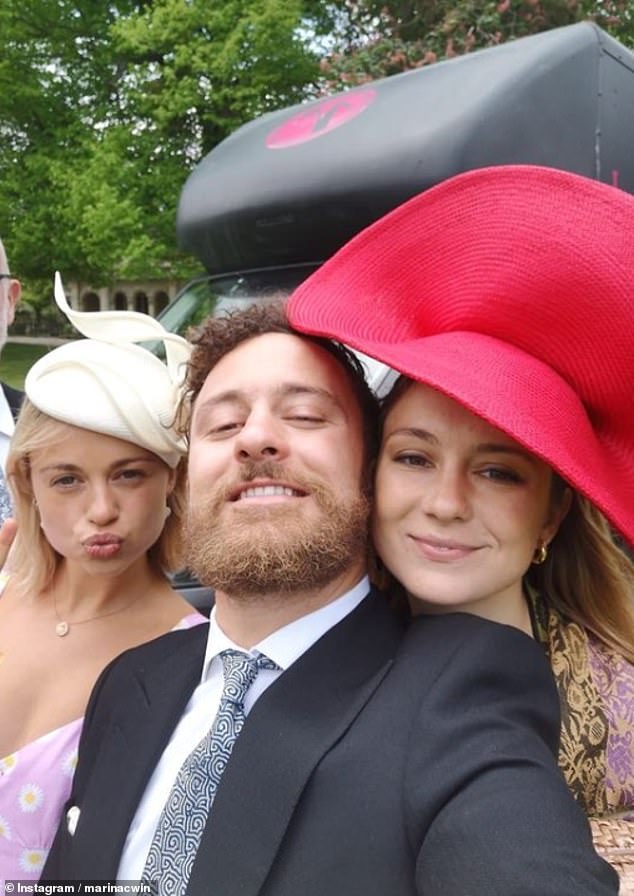 Eddy with his two sisters, who live together in London and both attended the Queen’s funeral on Monday

Edward, who is said to be close to his cousin Princess Eugenie, studied at Eton before heading to Oxford, where he was the head of the Bullingdon Club, which is known for its raucous reputation.

The royal, who lives away from the limelight, has had several business venture throughout the years.

He worked as a financial analyst for JP Morgan for some time before quitting and becoming a fashion designer in 2016.

In 2017, he launched his label FIDIR with his co-founder Justine Dalby, which sells a collection of outerwear and accessories.

The collections are inspired by his love of the Scottish Highlands.

He also works won other expeditions with Jack Wheeler, whom the Wall Street Journal has dubbed ‘the Real Indiana Jones.’

In 2018, speaking of travelling alone, he told Tatler: ‘There is something more rewarding about it. Often you end up talking with strange things like a stream or a bird or marmot.’

Despite feeling most at home in the wilderness, far away from the trendy haunts favoured by many young royals, the 29-year-old conceded it is still quite cool’ being born into the royal family.

In the interview with Tatler, Lord Downpatrick admitted he had not always realised that he would be treated differently because of his title and position in life.

He said: ‘Only with age – and with a degree of cynicism – can you possibly tell that some people treat you differently because you haven’t got a Mr in front of your names.’

The fashion designer added on being born into the royal family: ‘It’s complete luck that it happens to be you but it’s quite cool that it has.’