YouTuber, 25, whose weight soared to 16st while playing computer games reveals how he transformed his body by ditching junk food and challenging himself to run a marathon

A gaming YouTuber whose weight spiraled from his sedentary lifestyle has revealed how he became an endurance athlete after a charity tasked him with running the London Marathon.

Ethan Payne, 25, from East London, who is best known as Behzinga, is a founding member of the YouTube collective The Sidemen.

Despite racking up over 25 billion views on the platform and becoming one of the UK’s most popular YouTubers, Ethan became unhappy with his 16st physique and began working tirelessly in 2018 to shed his excess weight.

The YouTuber was able to shed over 4st by swapping processed foods for whole foods, and increasing his water intake to at least 2 litres a day.

In new YouTube Original docuseries How To Be: Behzinga, Ethan reveals how being asked by Teenage Cancer Trust to run the London Marathon spurred him on to go from being an overweight gamer to an endurance athlete. 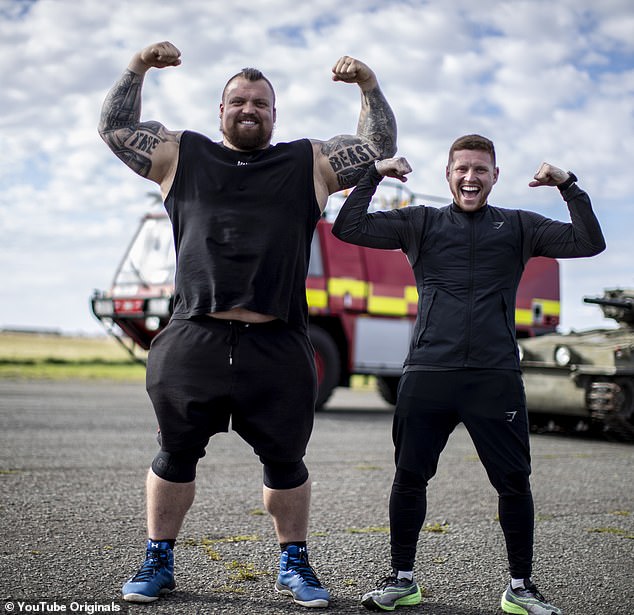 Ethan Payne, 25, from East London, who is best known as Behzinga, is to reveal his vigorous routine in the months leading up to the London Marathon in a new YouTube Original docuseries. Pictured: Ethan and Eddie Hall – former World’s Strongest Man 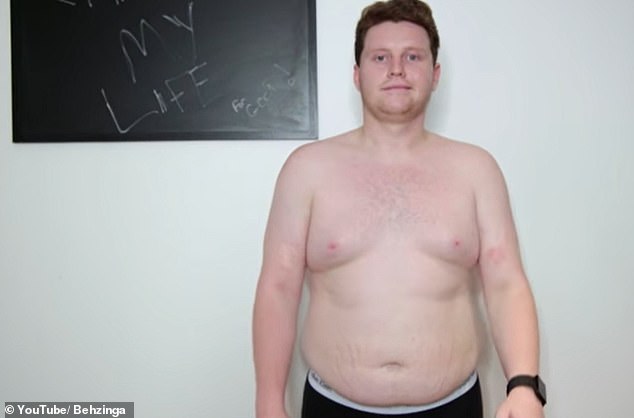 Ethan first began working on overhauling his lifestyle in 2018, after becoming unhappy with his physique (Pictured: Ethan weighing over 16st)

As a child, Ethan grew up without a father figure and was a ‘mischievous little boy’  who regularly got in trouble at school for being disruptive.

He began channeling is energy into gaming as a teenager at around the same time his mother survived cancer.

Ethan soon became a personality in the online gaming community and partnered with JJ, Josh, Tobi, Simon, Harry and Vik to form The Sidemen.

Despite their success, Ethan found himself on the receiving end of many jokes because of his weight and lack of a father figure. 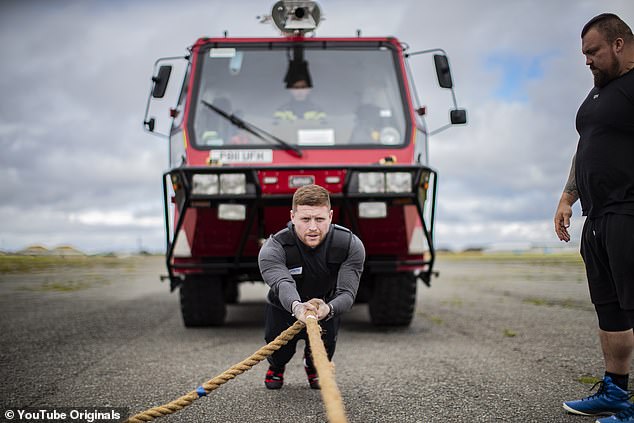 A turbulent past combined with the pressure of his online career taking off and his perfectionist nature became too much for Ethan, and he contemplated ending his life.

Ethan began to experience negative thoughts and undiagnosed depression, revealing in a video that he contemplated killing himself.

A trailer for the three-part documentary shows Ethan weighing in at over 16st and admitting he wants to prove to others that he can achieve anything that he puts his mind to.

In the teaser, he explained: ‘When I started this journey there really was no athletic ability inside of this body. 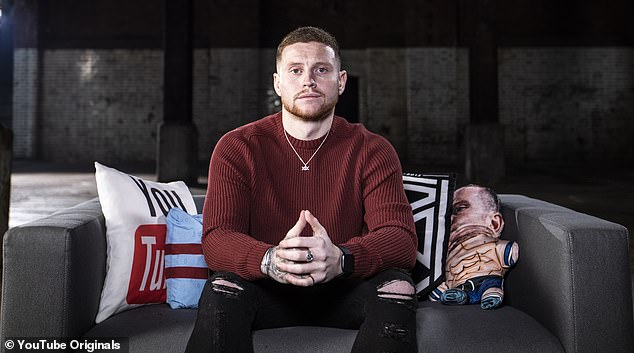 Ethan, who boasts over five million subscribers across his two YouTube Channels, said training for the London Marathon had helped him transform his body 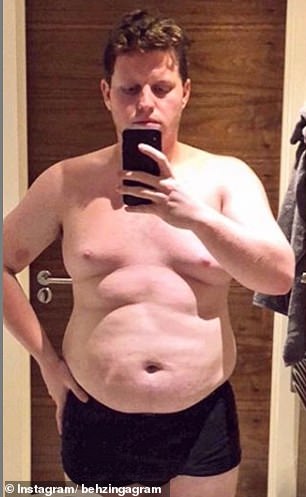 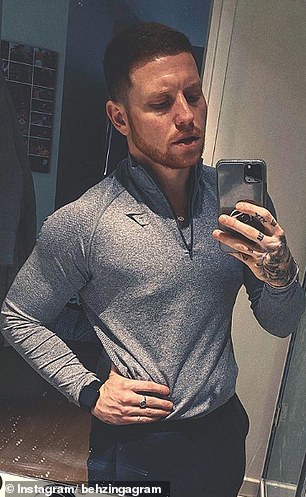 Ethan revealed he piled on the pounds as he struggled to cope with his YouTube career booming online (left). He has now transformed his body (right)

‘You sort of think, “I’m unhappy and this is not what I want to be like”.’

Fellow members of The Sidemen also revealed they knew Ethan was unhappy with his body but didn’t realise how much it was getting to him.

He revealed that it took training for a boxing match to spark his fitness journey, with the his mental wellbeing and attitude towards life transforming. 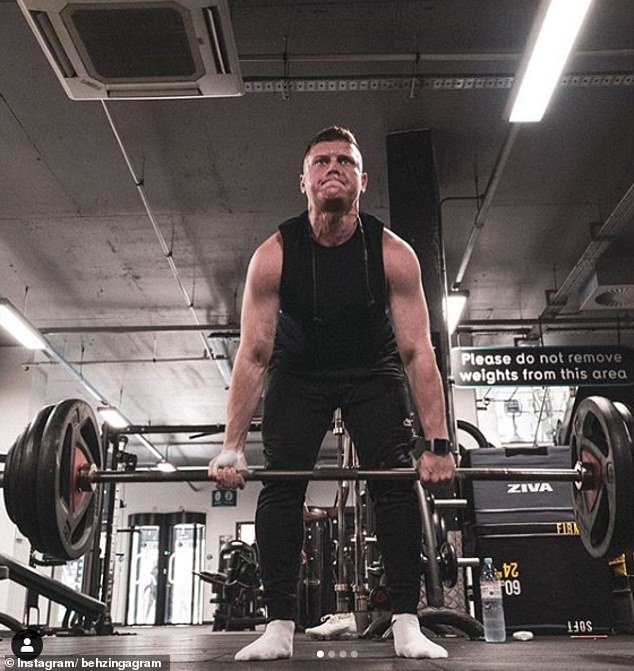 He also began exercising with a personal trainer, ensuring that he was active for at least 20 minutes each day.

Ethan said that being tasked with running the London Marathon for Teenage Cancer Trust pushed him further than he had could have ever anticipated.

He said: ‘Two years ago if you’d have told me I’d be running a marathon I’d have laughed in your face.

‘If you told me I’d be doing the stuff I’ve done in this doc, I would have said you’re crazy. 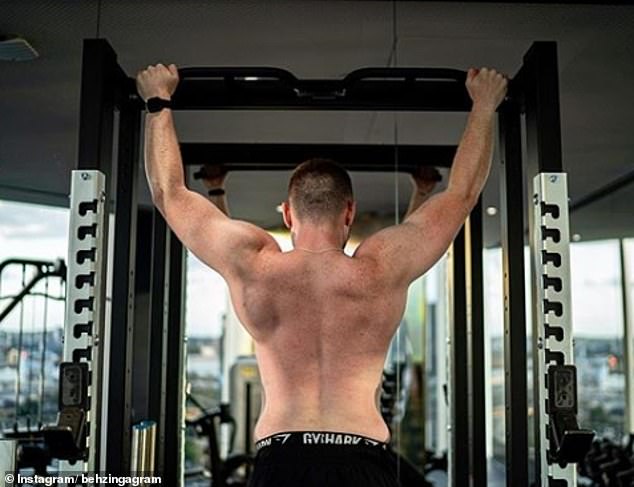 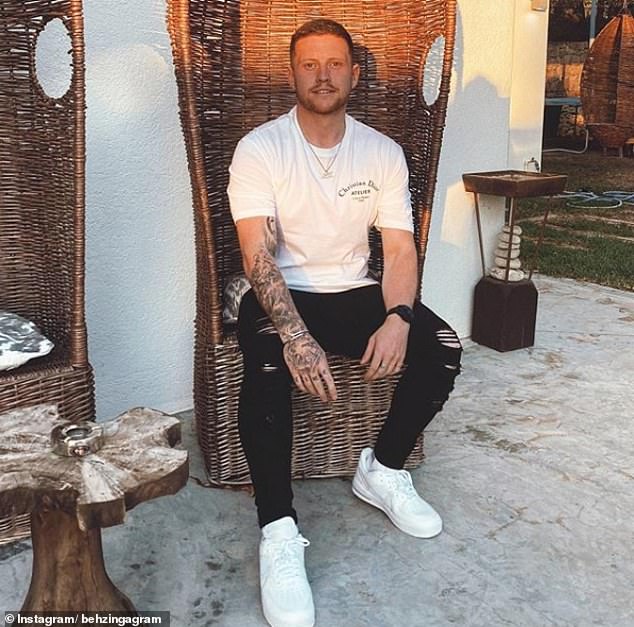 ‘This has been one of the most eye-opening and gruelling experiences of my life.

‘My fans and Sidemen fans know a lot about me but now the lot is laid out – we’ve been through it all.

‘Pushing myself to the limits doing some epic and brutal challenges has opened me up like never before and taken me places I didn’t think possible…. physically and mentally.

‘I’ve experienced a lot of sh*** in my life, been disruptive, wild and had some dark moments.

‘But I’m living life to the max now, I’m in a happier place and doing this docuseries has been a big part of that.’ 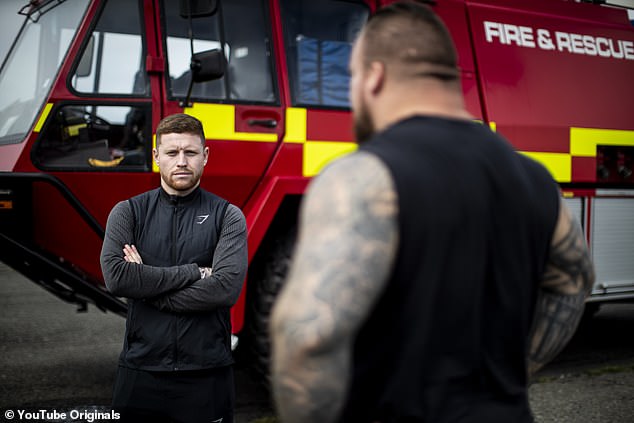 Ethan said he is now ‘in a happier place’ after transforming his body (Pictured: Ethan and Eddie Hall)

Speaking ahead of episode 1 of the series, Luke Hyams who is the Head of YouTube Originals EMEA, described Ethan as an inspiration.

He said: ‘Ethan’s story is an incredibly powerful one. It’s been inspirational to watch his journey and how, like all of us, he faced up to the challenges of 2020.

”How To Be: Behzinga’ shows the pressures Ethan has felt and how he has learned to deal with his own negative thoughts in the past, the present and now how he can begin looking to the future.

‘This new documentary gives everyone an insight into the person behind the much-loved ‘Behzinga’ channel and shows how reaching out to others is a positive step in improving our own mental health.’

Episode 1 of HOW TO BE: BEHZINGA launches on Youtube on 19 October 2020