If you were a Disney Channel devotee during the mid-2000s to early 2010s (hi, me), chances are you watched Shake It Up. When the show first premiered, Zendaya and Bella Thorne achieved star status overnight for playing dancing BFF duo, Rocky Blue and CeCe Jones, on the show. But behind the scenes, their friendship was much more complicated than it appeared because people were constantly pitting them against each other.

In an interview with Us Weekly, Bella said she and Zendaya were unable to maintain a friendship during the first season of the show because of the constant comparisons.

“We had to deal with that so much on Shake It Up,” Bella said. “It’s like we said [in] a couple interviews when we were younger, how we explained how in the first season we weren’t friends and it took us those other two seasons of becoming so close. [It was hard] not having someone pitted against you [before] and then all of a sudden, now everyone is pitting you against each other. That fed into our heads. It made us not [be] friends in that first season.” 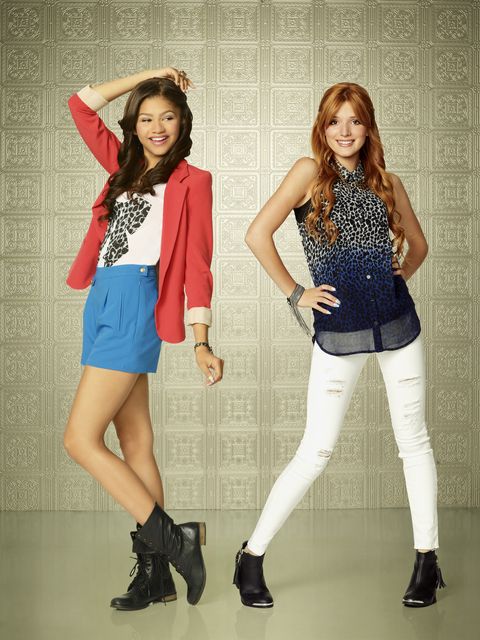 Thankfully, Zendaya and Bella were able to find common ground—in Bella’s words, the two had a “beautiful talk in the middle of a sound stage” while filming an episode of Good Luck Charlie. “We were really able to put our cards out on the table and understanding each other,” Bella continued, adding that she and Zendaya were both “so young and so mature at such a young age.”

Today, there are no hard feelings between the two. In fact, Bella is a huge fan of Zendaya’s! “Zendaya’s amazing. I fucking love her,” she shared. “She’s always been amazing and she’s always going to be amazing. I’m just happy that people see that. She’s getting the recognition she deserves. That just makes me so happy. I feel like when people put us against each other, it’s just like…‘Why are you doing this? Is it just because we’re women?’”

And the rest, as they say, is history. Sincerely looking forward to a Zendaya and Bella reunion in the future.

You love all the deets on celebs. So do we! Let’s overanalyze them together.