Below Deck producers reassure the new cast every season they are here to capture the interpersonal dynamics on the show – not moments when the crew is using the toilet or “bodily functions.”

Hookups, which often fuel some drama on the show are documented but filmed only to a point. For instance, Below Deck Sailing Yacht executive producer Jill Goslicky recounted the night Gary King and Sydney Zaruba hooked up. The twosome initially talked or kissed underneath a towel so cameras couldn’t fully document the exchange. “I think it’s like a somewhat natural human reaction,” Goslicky told Bravo Insider. “I would say that maybe that happens this season, like, five percent of the time. And 95 percent of the time, they’re doing their jobs.” 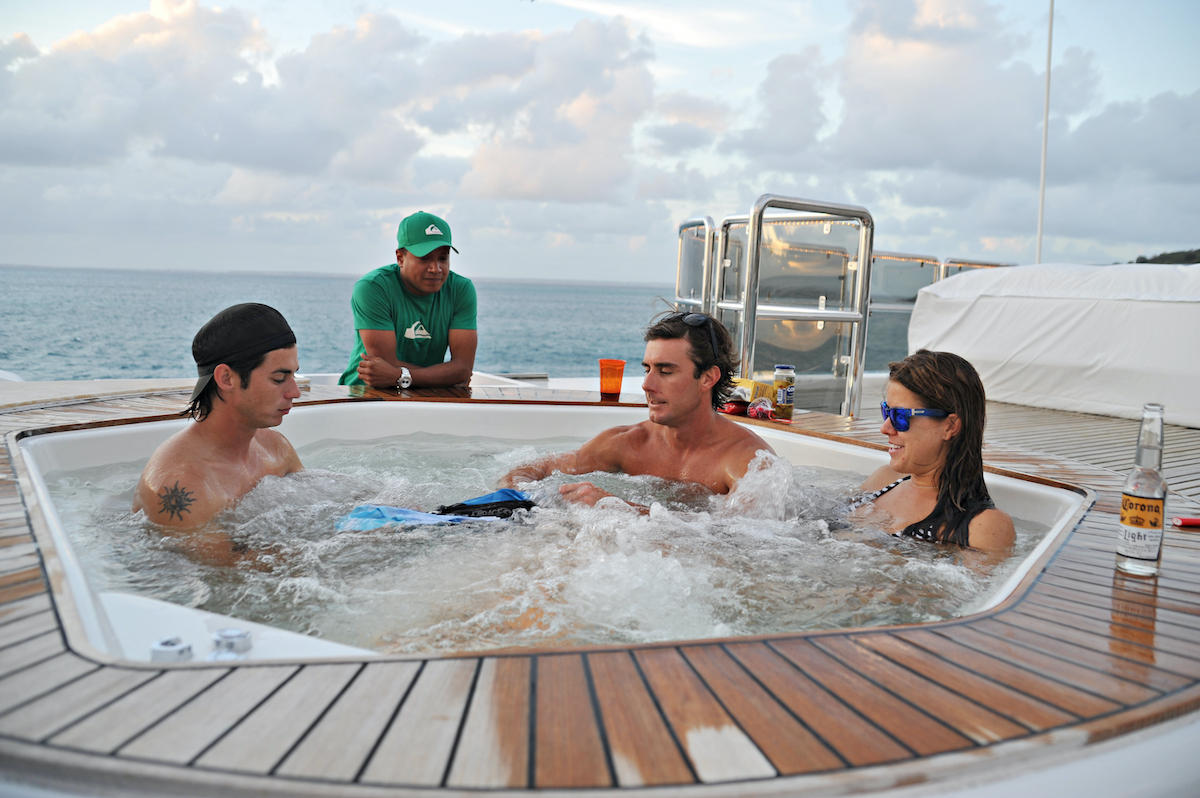 ‘Below Deck’ producers understand that sometimes the crew needs privacy

Goslicky observed that the crew ultimately forgets about the cameras because they are so immersed in work and their relationships.

“They’re involved in their relationships,” she said. “They honestly usually forget the cameras are there. But you know, they’re humans, too. They’re not these, like, TV robots who show up and are, you know, perfectly comfortable on camera right away. So I do think it’s just sort of a natural human inclination [to want] some privacy for one minute of the day.”

But producers make it clear on day one what they hope to capture on film from the cast. “There’s a conversation that the producers and executives have with the cast before cameras are up at the beginning of the season, and these are conversations that happen before the crew even arrives,” Matt Reichman from Bravo shared. “We’re not interested in, like, watching people doing things privately, like if they need to go the bathroom. Like, that’s not what we’re following. But if two people are in the bathroom, then something’s happening, and that’s where cameras are going in.”

“Yeah, we’re not interested in bodily functions,” Goslicky shared. “We’re interested in relationship dynamics. Two people makes it a dynamic.” It’s not just hookups that need careful finesse. Tragic moments have occurred while filming. Producers will capture the moment, but it is often shared in a respectful way. Most recently, Colin Macrae from Below Deck Sailing Yacht was told over the phone that his beloved dog had died. The heartbreaking moment was filmed, but Macrae’s grief was not exploited and cameras didn’t pursue him while he mourned during the charter.

Reichman believes that cast and crew know what they are signing up for when they agree to be on the show. “I think the cast, they know what they’re signing up for,” he said. “The best seasons of Below Deck is when the cast is very honest and real and open to the camera, and I think it translates to the series — warts and all, right?”

“You gotta put yourself out there, and the cast members [know] that nobody’s perfect, everyone has flaws, and if you’re able to sort of expose your flaws, then I think that that resonates much more to the audience, and they’re gonna root for you, you know, hopefully,” he continued. “Hopefully, you have a way to turn it around. But sometimes, you don’t. But that’s part of the process, you know? It’s really hard to come to terms with, but that’s what they’re signing up for and that’s what we try to capture.”