In her own words, 48-year-old Jackie Handy is ‘pretty useless’ when it comes to computers.

‘I just get so frustrated at my own ineptitude,’ she admits. ‘I don’t think I can get any worse at tech!’

However, aware of the ever-evolving and fast-growing digital world that surrounds us, the businesswoman says she’s desperate to become more computer-savvy – even learning to code if need be.

‘I’d always considered coding as something only professional programmers used – a ‘behind the scenes’ things that enabled computers to do what they do,’ says Jackie. ‘But I also wondered if that was just because I didn’t understand it and maybe my business was missing a trick because I refused to get out of my comfort zone.’

According to analysis earlier this year, computer programming is now the fastest-growing profession in the UK in terms of employee numbers, while 2020 saw a new tech business launched on average every 30 minutes.

So, with coding clearly fast becoming a career enhancing skill, why are so many of us still wary of it?

‘Part of the reason is people tend to be afraid or apprehensive of things they don’t understand,’ explains coding guru Stephen Gruppetta, who teaches both kids and adults.

‘Similarly, we often think things are difficult if we don’t know much about them. However, coding is a subject that many don’t realise why it’s so useful in the world until they learn it and start using it – we all know why doctors and what they do are important, even if we know nearly nothing about medicine ourselves. But with coding, that’s not the case.’

Stephen, who runs codetoday.co.uk, adds that many people still confuse it with ‘being good with computers’.

‘But there isn’t actually much overlap between the two,’ he says. ‘A great analogy is that of being a good driver and knowing how to build a car from scratch. Computer users are the car drivers –  with the software we all use being the cars – while coding teaches you to build a car, not how to drive it.’ 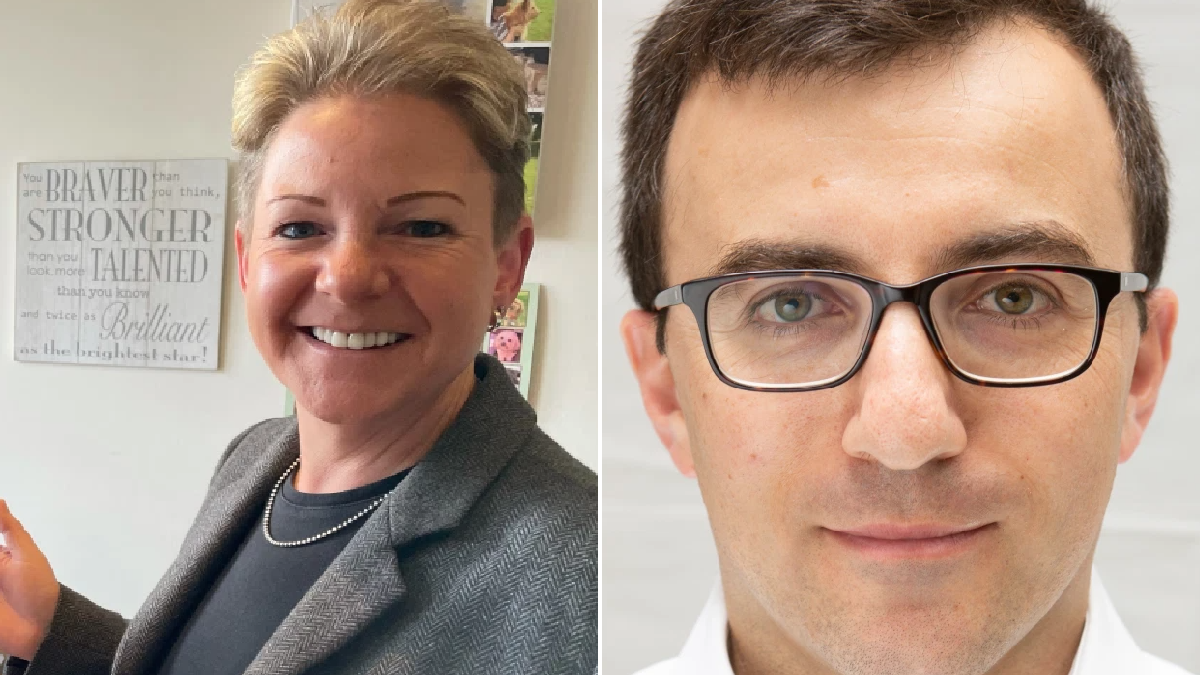 The key to learning to code, according to Stephen, is working out how to think in a different manner.

‘It’s not just picking up new words and grammar, as would be the case for learning a foreign language,’ he says. ‘You need to break ideas and solutions into small, logical steps, which is referred to as computational thinking.’

But is it really something anyone can do?

‘I’d love to say yes, but the truth is you can only be successful if you actually want to learn,’ admits Stephen. ‘As with most things, if you go in with the wrong attitude, your brain switches off and you don’t pick things up. But, if someone is willing and has a positive mindset then they can definitely learn the basics of coding.’

To mark the start of National Coding Week, we decided to put this to the test and asked Stephen to give Jackie a crash course, which involved five hours of one-to-one training.

Here, she tells us how they got on:

‘On being accepted as the proverbial guinea pig, my stomach immediately flipped. Was I about to embarrass myself monumentally? What If I single-handedly crush the coding industry by being unable to learn to code? Am I, at 48, simply too old to learn? Why on earth did I put myself forward for this?

My job, and the way I work, couldn’t be more different to that of a coding professional. I’m an inclusive leadership consultant and speaker for my company Runway Global Ltd. My thinking is highly conceptual. Before Stephen and I even met, I instinctively knew he would be a highly detail-focused, specific individual and frankly, that frightened the life out of me.

We messaged prior to our first session together and I awkwardly added to the end of my note, ‘I hope you’re a patient person’, casually letting him know I was likely to be hard work. When he replied, ‘don’t worry, this is my day job’, I was certainly comforted. Although I secretly still felt as though he would never have met anyone so technically incompetent as me.

Cue session one. After brief introductions, where Stephen shared some of his science and physics credentials, we got straight into the concepts of coding with Python. It seems there are a number of computer ‘languages’ and Python is his speciality. It is apparently one of the most user-friendly for learning (phew!), one of the most used and a very broad language. This means it is used across various areas from science to websites.

What I realised quickly was that, like any language, Python has its own set of nouns, verbs, functions. As someone who, as a child, was considered gifted in learning foreign languages, I realised that perhaps this coding work wouldn’t be so challenging after all.

Stephen explained that his first rule is ‘computers are stupid’. In other words, we as the programmers must be explicit with our instructions so it knows exactly what to do. Steps that for humans are obvious simply aren’t for computers. This part would challenge the way I think.

Across our first two sessions together I was shown how to programme a simple game, which Stephen affectionately calls The Goblin Game. The basic concept is creating a way for ‘the player’ to receive personalised instructions and select from a number of boxes, only one of which contains the goblin.

Through a series of commands made up of words and certain punctuation, we made it scalable to different levels and always adhered to the second programming rule ‘Don’t repeat yourself (DRY)’ as that is considered far too time-consuming as it simply creates more work, rather than less. It was surprisingly quite fun to do, despite me having a headache by the end of it.

Over our sessions that followed, Stephen introduced me to the delights of loops, variables, functions, lists and dictionaries – which may mean as little to you as they initially meant to me, but are essentially all parts of the coding language used to enable it to perform various tasks.

He also showed me how I could extract specific linguistic data from a complex list and build numerical data into that. It sounded mind-boggling at first, but putting it into practice, we used the example of the entire text from Pride and Prejudice and created a code together that worked out how many times each word from the book was used.

It was a great way for me to see how I could potentially apply such programmes to my work. For example, it could help me find specific details from documents, such as looking at expenditure and working out how much I might need over a period of time.

I’d be lying if I didn’t say that my head almost popped off during most sessions. Learning something new, challenging my brain to think differently, watching, listening and note taking concurrently was exhausting. I realised learning Python is rather different to French and German GCSE after all.

Stephen was extremely thorough and always happy to answer my questions, no matter how basic they may have sounded to him. I now understand more about the depth and breadth of coding and that I can use it to complement the training work I do – I can even create my own equivalent of The Goblin Game, which would be good for gamifying some of my training. In my inclusion work we often explore case studies and what would be the ‘most appropriate’ response and I think this could bring some fun to what can be challenging work, to embed inclusion best practice.

Now I’ve finished my sessions, I think Stephen and I undoubtedly agree that anyone who wants to do anything can learn how to do it – and that includes coding. It may challenge us all differently, or take longer than others to grasp certain concepts (or language in the case of programming), but it’s possible.

What the process taught me is that I didn’t embarrass myself monumentally. A little perhaps, but not monumentally. I’m not about to single-handedly crush the coding industry as I can learn to code.  At 48 I’m not too old to learn.’

Stephen adds, ‘Although one can pick up the basics in a week, like any other subject, time and practice are needed to learn it in depth and master it. It’s like learning a musical instrument – lessons are great but practice is what leads to mastery. There are also many specialisations one can learn once the fundamentals are known.

‘Coding or programming (terms often used as synonyms but are technically different) has many applications. It’s not just for building websites and making games. Scientists, those in finance, anyone working with lots of data, and increasingly other professions are using it as a tool.

‘For example, lawyers are using code to assist with finding relevant case studies and other legal research, while when a parcel delivery driver leave the depot in the morning, computer code determines the order in which they should deliver their packages which is more efficient than the route any human would be able to plan.

‘Of course there are programmers whose profession is programming, known as software developers, but it’s definitely not just about building computer games.’

So does that mean Jackie has now caught the coding bug?

‘If I choose to explore it further, I could definitely use some of the concepts in my business,’ she says. ‘Stephen has left the door open for me to return and learn more when, and if, I’m ready.

‘However, I’ll admit coding doesn’t come easy to me. While I’m glad I learned some basics, I won’t be rushing into it as a new career.

‘Saying that, this experience has encouraged me to generalise less when I call myself a “technophobe” and instead to simply acknowledge that while I can learn to code if I want to, I think it’s something I’ll leave to the experts for now at least. But as I always say, “never say never”. Stephen, brace yourself, I may be back…’