These stars didn’t let an “Idol” rejection slow them down!

“American Idol” may be notable for making unknown artists into superstars but sometimes they let major talent slip right through the cracks! Through 19 seasons, there’s been quite a few aspiring contestants who’ve been rejected by the show… only to go on to become celebrities in their own right.

While most of these notable stars got cut before they even stepped foot in front of the judges, a few lucky performers made it through a few rounds before getting eliminated. From Grammy winner Maren Morris to “This Is Us” star Chrissy Metz, these celebs all got the boot from “Idol.”

Colbie Caillat says she tried out for “American Idol” two separate times and even used her hit song “Bubbly” for one of the auditions! Unfortunately, she didn’t even make it through to the judges round. Clearly Colbie didn’t need the help of the show and experienced a full circle moment when she was later invited to be a mentor on the show.

Back in 2008, Bebe Rexha waited in line for hours to audition for “American Idol” but didn’t quite make the cut. Even though she never appeared on the show, Bebe found major success and has since racked up millions of streams.

“10 years ago my mother and I waited 10 hours in line to audition for American Idol. I didn’t make it through. This year I’m mentoring!” Bebe wrote on Twitter at the time. 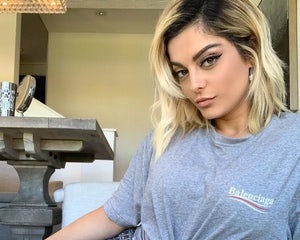 Bebe Rexha Denies Surgery with Swimsuit Video: 'I Got Stretch Marks, I Got Cellulite'

Maren Morris has been nominated for multiple Grammys but at one point, she wasn’t even considered for multiple singing competition shows. Maren revealed that she was rejected from both “American Idol” and “The Voice” but she’s grateful for the way things turned out.

“I think about all of the freaking talent shows I’ve tried out for in my life and I’m so glad I didn’t make any of them. It’s full circle because I was rejected from ‘The Voice.’ I was rejected from ‘American Idol’ — and I’m happier for it now,” she told Rolling Stone.

When she was 17-years-old, Amber Riley auditioned for “Idol” but only made it as far as the show’s producers. Things worked out though because she was eventually cast on another Fox show — “Glee.”

“I auditioned for ‘American Idol’ at 17, they told me, ‘No.’ I got to the producers. I didn’t get to meet anybody. You know what? I still work on Fox and I get paid! Thank you, ‘American Idol!'” Amber said on “The Wendy Williams Show.”

Kane Brown says he decided to audition for “American Idol” after watching the success of his longtime friend Lauren Alaina. He told Billboard that the show turned him down because “they didn’t need another Scotty McCreery.” He then gave things a shot with “X Factor” but they wanted to put him in a boyband so he decided to leave.

He then turned to YouTube where his cover videos gained him a following and pretty soon he was releasing original songs, going on to make a name for himself in the music industry.

Before she was on “Glee,” the late Naya Rivera gave things a shot with “American Idol.” Unfortunately, she was cut in the first round but later auditioned for “Glee” with the same song she used for “Idol” — “Emotion” by the Bee Gees.

“For years [my dad] was like, ‘You should audition for the show’ and I never really wanted to. And then one year we drove up to San Fran and did it and I didn’t make it past the first round!” Naya said on “The Talk” about her “Idol” audition. 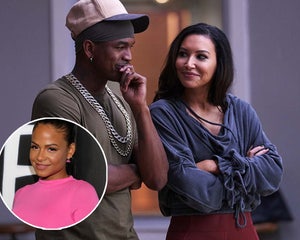 When Tori Kelly was just 16, she auditioned for “American Idol.” She actually made it a lot further than most, despite her voice getting called annoying by Simon Cowell during her initial audition. She was eliminated by the judges just before the Top 24 but says it was a great experience.

“It was the most amazing experience. I don’t regret anything and I think Simon is cool. No hard feelings. I actually should thank him because it all happened for a reason,” Tori told Kelly Clarkson on her talk show.

Lady A songstress Hillary Scott auditioned for “American Idol” two times but didn’t make it past the first audition in front of production assistants. She went on to later form Lady A and was awarded several Grammys even before the group was invited to play on the show!

“I tried out for ‘American Idol’ twice, and didn’t get past the first round, if that gives anyone hope. Keep going!” Hillary told EW. 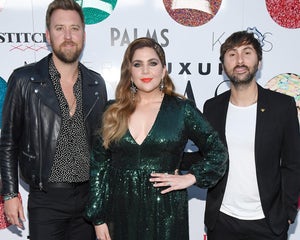 Former duo Alex & Sierra separately auditioned for “American Idol” but didn’t make it very far in the competition. Sierra was reportedly eliminated right from the beginning and Alex just made it to Hollywood week. But that wasn’t the end of their singing competition career! They went on to audition for “X Factor” as a duo and ended up winning the show!

“Honestly, we didn’t get enough experience [on ‘Idol’] to even take much away from it. It didn’t feel quite as real as ‘The X Factor,’ [which] wanted to make sure that the stories you told were your stories, the songs you were singing were the songs you wanted to sing. Granted, we didn’t make it far enough in ‘American Idol’ to experience what went on behind the scenes, but ‘The X Factor’ felt more genuine and artist-centric,” Alex told the Chicago Tribune.

“This Is Us” star Chrissy Metz gave “American Idol” a shot and had a pretty unique audition experience. During her first audition in front of a production staff member, she was turned down but quickly spoke up and asked him to reconsider her audition. She caught the attention of nearby staff who listened to her sing and gave her a ticket to the next round. After several rounds, she was put in front of executive producers Nigel Lythgoe and Simon Fuller, who eventually turned her down.

“They were trying to get a rise out of me and I was like not having it… and I was like, ‘Okay bye!’ And that wasn’t interesting for them. Thank goodness! It’d be a very different path. It always [works out],” Chrissy said in a SiriusXM interview.