Cervical cancer survivor, 30, reveals she was left infertile after delaying smear test and says if she had left it any later she ‘would be dead today’

A cervical cancer survivor has warned other women not to delay getting routine smear tests as she was tragically left infertile after putting off her appointment.

Rachael Gibson, 30, from Aberdeen, was diagnosed with stage three cervical cancer last year after delaying her routine test because she was busy with a new job and planning her wedding to her fiancé Craig.

She had never intended to miss her appointment but after experiencing ‘bleeding in between periods’, she booked a test.

Twelve weeks later, her results showed a presence of abnormal cells, which led to a colposcopy appointment, when a specialist ‘shockingly’ told her that she might have cancer.

After her diagnosis, Rachael was told she was unable to have children as she was going through early menopause as a result of her treatment. 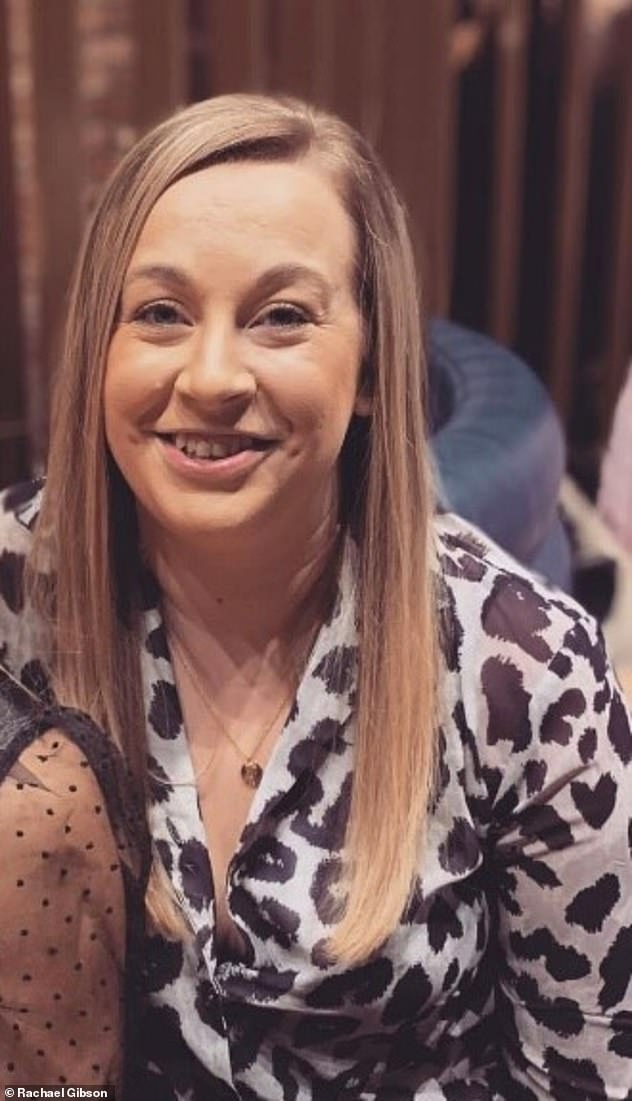 Rachael Gibson, from Aberdeen, has warned other women not to delay getting routine smear tests as she was tragically left infertile after putting off her appointment

‘Cancer is a very shocking word to hear and I think most people when they hear that word, they associate it with dying,’ she told The Sun.

‘I think everybody knows someone that’s died from cancer so to hear it being about yourself that was your first thought and that stays with you… forever to be honest.’

After her diagnosis, Rachael quickly began treatment, including rounds of chemotherapy, radiotherapy and brachytherapy, at Aberdeen Hospital.

During her treatment, Rachael was told that she can never have children and that she was going through the early menopause.

Rachael also revealed if she had been diagnosed any later than she was, she wouldn’t be here today.

Urging others not to put off their smear tests, she explained: ‘If I had waited another year to go for my smear my diagnosis could have been a lot different. 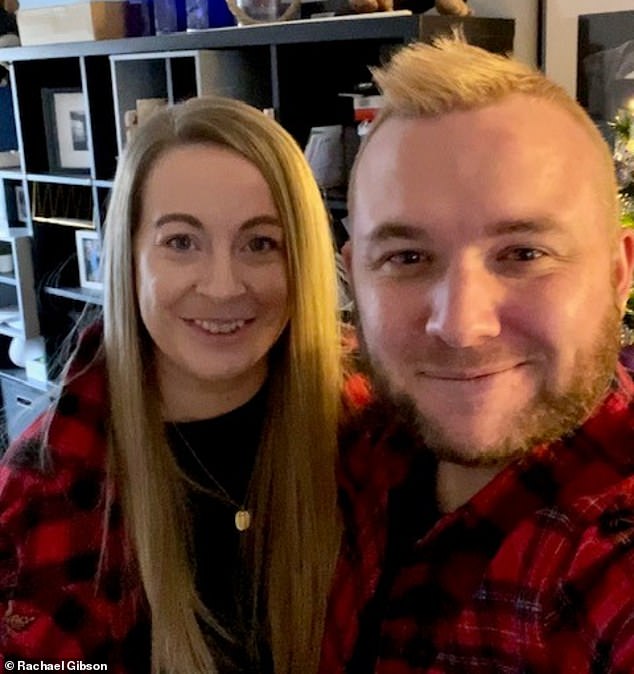 Rachael, 30, was diagnosed with stage three cervical cancer last year after delaying her routine test as she was busy planning her wedding to her fiancé Craig (both pictured) 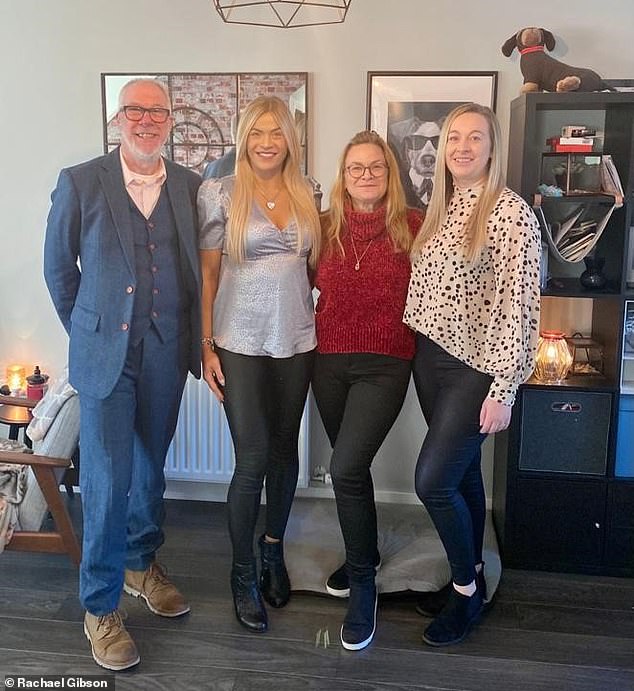 Rachael, who has been given the all-clear, said she would have been able to freeze her eggs if her cancer had not been so far gone (pictured with her family)

What is a smear test and why have there been delays in lockdown?

A smear test detects abnormal cells on the cervix, which is the entrance to the uterus from the vagina.

Most test results come back clear, however, one in 20 women show abnormal changes to the cells of their cervix.

In some cases, these need to be removed or can become cancerous.

Cervical cancer most commonly affects sexually-active women aged between 30 and 45.

In the UK, the NHS Cervical Screening Programme invites women aged 25-to-49 for a smear every three years, those aged 50 to 64 every five years, and women over 65 if they have not been screened since 50 or have previously had abnormal results.

Women must be registered with a GP to be invited for a test.

Smear-test delays during lockdown have prompted calls for home-screening kits for HPV.

During the first national lockdown, smear test services were paused in Scotland, Wales and Northern Ireland as well as in some practices in England.

While services have resumed in Scotland, Wales and Northern Ireland – it was revealed last week that women in England are having difficulty accessing smear tests, with patients experiencing cancellations and long wait times.

Last week Tory MP Caroline Nokes, who chairs the Women and Equalities Select Committee, said that check-up cancellations and women’s fears of attending GP clinics during the pandemic could mean up to 600,000 women miss out on getting a smear test.

‘I wouldn’t have been able to come through it because it can develop that quickly, a year can make a lot of difference.’

Rachael, who has now been given the all-clear, said she would have been able to freeze her eggs if her cancer had not been so far gone, describing finding out she was infertile as ‘life-changing’.

She explained: ‘Finding out you have cancer is one thing but finding out you can’t have children… that’s another kind of life changing thing.’

Last July, Rachael was told the ‘best possible news’, as she was given the all-clear and her oncologist confirmed that there was no longer any ‘active signs of cancer’.

Attendance for cervical cancer screening has been falling due to factors including ‘difficulty getting appointments, embarrassment and lack of time’, according to Jo’s Cervical Cancer Trust.

The charity’s website claims this decline has only been accelerated by the ongoing Covid-19 crisis, due to ‘fewer appointments available’ and ‘uncertainty about attending cervical screening’.

Around 600,000 tests failed to go ahead across the UK in April and May on top of an annual backlog of 1.5million appointments, according to the cervical cancer charity.

Speaking about the importance of smear tests, the charity’s chief executive Rebecca Shoosmith said: ‘Cervical screening is the best protection against cervical cancer so it’s a really important test.

‘The test only takes a few minutes and during the appointment, a nurse takes a sample of cells from your cervix using a small, soft brush.

‘It isn’t always easy so if you have questions or concerns then you are not alone, either speak to your nurse or visit our website as we have lots of support information for you.’