Will Packer: Police were ‘prepared’ to arrest Will Smith after Chris Rock slap

Academy lied about asking Will Smith to leave Oscars 2022 after slap: report

The “Down to Earth” star performed in Boston again Thursday night and shut down an audience member who cursed out Will Smith, People reported. The fan shouted, “F–k Will Smith,” but Rock wasn’t having it.

The famed comedian addressed Smith slapping him at the Oscars for the first time on March 30 at his first performance since the headline-making event, telling fans he was “still processing” what occurred at the annual awards show.

Rock, 57, then told his sold-out crowd that he would eventually talk about the incident, but “right now I’m going to tell some jokes.”

Smith hasn’t commented beyond his public apology to Rock, but The Academy since has made multiple statements condemning Smith’s actions and then claiming it asked him to leave but he “refused.” Sources subsequently told TMZ the the organization’s statement was a lie.

Three insiders who were reportedly at Sunday’s ceremony and “witnessed various conversations” told the outlet that some wanted Smith, 53, to leave, but others did not.

The sources show also alleged to the outlet that show producer Will Packer had told the “King Richard” star “he could stay.” 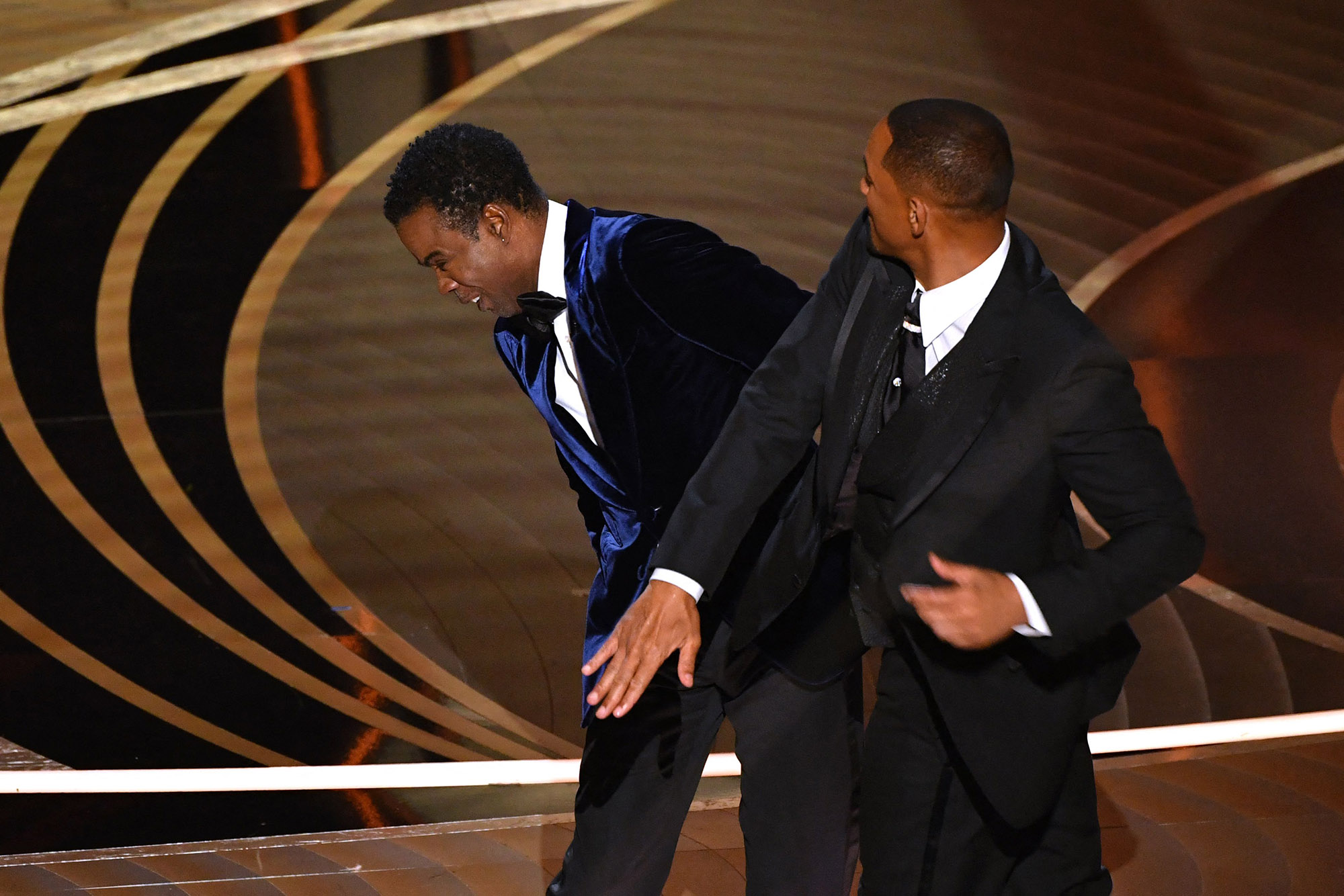 Packer will appear on “Good Morning America” Friday to share his version of the dramatic events, but a teaser already shows him discussing having LAPD on hand to arrest Smith if Rock had decided to press charges (he didn’t).

“They were saying, ‘This is battery,’ was the word they used in that moment,” Packer claimed. “[The officers] said, ‘We will go get him, we are prepared to get him right now.’”