Colton Underwood is giving a detailed account of his side of the story after splitting from Cassie Randolph.

The former Bachelor star released a new chapter, seen by E!, of his 2020 book “The First Time” on his 29th birthday on Tuesday.

13 Celebs Who Are Totally Invested In The Bachelorette Drama

“Falling in love is like open-heart surgery. Breaking up is like seeing your heart in someone else’s hands and realizing the anesthesia has worn off. Geez, it hurt,” wrote Colton in the newly penned work, “The Next Chapter,” which he says his ex signed off on before publishing.

“The pain was excruciating. But not nearly as bad as it would have been if I’d never had that relationship with Cass,” he went on.

“Cass felt there was pressure on her to commit one way or the other because of the way our relationship unfolded so publicly on television,” he added. “I tried to give her space. She didn’t feel like I saw all the different sides of her, especially the small-town girl who liked the slow pace and quiet of her beachside hometown. Sometimes she would say outright, ‘I feel like you don’t understand me.'”

The former football player went on to say his battle with COVID-19 back in April put “extraordinary stress and strain” on his relationship with Cassie.

“The situation was unfortunate, impossible to predict, incredibly trying, and surreal. And while I won’t say it led to our breakup, it did subject our relationship to extraordinary stress and strain, as it did to so many people’s lives,” Underwood said.

“I struggled to breathe. Nothing is scarier than not being able to fill your lungs with fresh air,” he continued. “They worked at about 20 percent capacity. Everything hurt, from the bottom of my toes to the top of my head.” 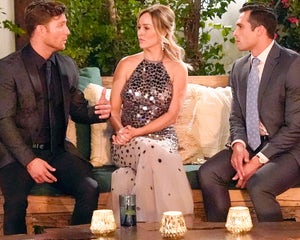 After his fever broke, Colton, who had been staying on the top floor of Cassie’s family home in Huntington Beach, was able to come downstairs. However, he admitted, “I was sometimes more stupid and smart when it came to always wearing a mask and going to extreme lengths to ensure I kept my germs far away from Cass’s family.”

Following his recovery — but before they left Cassie’s family’s house — Colton said Cassie told him she was “struggling with everything” in their relationship.

“It was when Cass and I finally tried to grab back a bit of normalcy that I realized the virus was only part of a much larger problem,” Colton wrote. “After more than a month of being cooped up in her family’s home, both of us were feeling overwhelmed and smothered and eager to return to our respective apartments where we could enjoy our own space. Before we left, though, she took me aside and told me she was struggling with everything in our relationship and didn’t know what to do. My head spun like one of those characters in a cartoon. What? She was struggling with everything?”

Colton noted that while he and Cassie had “worked through some misfires and miscues,” he “didn’t realize how much those little things had been impacting her.”

“It was one of those proverbial deaths by a thousand paper cuts,” he explained. “Her eyes were full of tears as she tried to explain, struggling to find the right words and reasons that made sense. None did — at least not to me.” 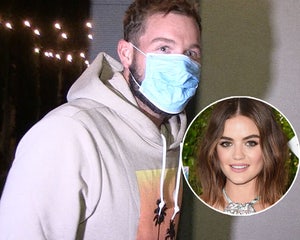 “I put my finger to my lips for silence. She stopped mid-sentence,” he continued. “Both of us had always agreed to avoid finishing hard conversations like this one. We didn’t want to come to the conclusion that we weren’t good for each other. We were scared of confronting that truth. So we didn’t.”

Despite attempts to mend their relationship, Colton said their romance “was essentially over save for the three magic words, ‘We’re breaking up.'” He moved out of Cassie’s house, but returned a few days later in what he says was a “last minute” decision to celebrate Cassie’s April birthday, although they had already broken up.

Two days later, Colton drove to Colorado. “I wanted to be with my family and put some distance between me and Cass so I didn’t feel the temptation to be near her,” he wrote.

While the former stayed in touch, Cassie still wanted to post the statement about their breakup, according to Colton.

“Our conversations were delicate check-ins,” he wrote. “We were friendly but real. She wanted to talk about how to move forward and remain friends, while I held on to hope that we could get back together after some time passed. Finally, Cass called and said she wanted us to make a public statement about our breakup. Our Instagram accounts were filled with speculation about our status, and she wanted to put it to rest.”

Colton said he “didn’t want to put out a statement” as he felt that it was “too final.”

However, Colton says he eventually caved. On May 29, the former couple publicly announced their breakup and both, he claims, cried over FaceTime as they posted their statements.

Months later, Colton and Cassie met up in Los Angeles.

“Afterward, she came back to my place, where we had a few drinks, hung out, and we were Colton and Cass again the rest of that night,” Colton wrote. “Then, when we woke up the next morning, I could tell everything was different. I had the urge to say I love you before she walked out the door, and I sensed she did, too. No door shut that softly has ever made a louder sound.” 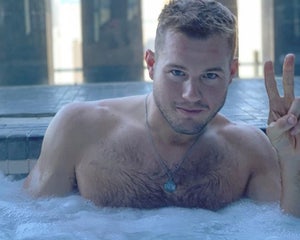 Despite their joint statement in May, the fallout of their breakup took a turn in the months that followed.

In July, Colton gave an update on how he was doing following the split, saying he’s “gained so much clarity” about what he wants in a relationship. Shortly after, Cassie responded to Colton discussing their relationship after they’d agreed to keep it quiet, accusing the “Bachelor” star of “passive aggressive” tactics to make her look bad, and attempting to “monetize” their breakup.

Two months later, Cassie filed a restraining order against Colton, accusing her ex of stalking and harassing her, according to TMZ at the time. Cassie also claimed Colton put a tracking device on her car.

In November, Cassie dropped the restraining order with prejudice.

“Today Cassie asked the court to dismiss the temporary restraining order against me. The two of us were able to reach a private agreement to address any of Cassie’s concerns,” Colton told TMZ. “I do not believe Cassie did anything wrong in filing for the restraining orders and also believe she acted in good faith. I appreciate everyone’s respect for privacy regarding this matter.” 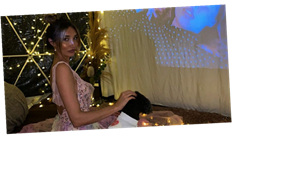