Kate Middleton the Duchess of Cambridge appears to be becoming more confident, taking the reigns on public appearances while Prince William, on the other hand, appears “less assured” an expert has told Express.co.uk exclusively.

Judi James, a body language expert, said that Kate is emerging as a more active royal as her role within the family grows.

Today the Duchess of Cambridge appeared to lead during her and William’s appearance in Keswick, while William took a back seat.

Judi said: “As the Queen and Prince Philip prepare to step back gently from royal duties (although the Queen currently shows few signs of flagging) Kate in particular appears to be taking a more pivotal role than ever before, using more active and confident body language signals than previously in her marriage.”

Charming the crowd, Kate walked alone along a barrier of well-wishers, chatting to children and petting dogs.

“Here she is clearly central to this appearance and happy to instigate changes of pose rather than mirror William,” Judi said.

“The couple always used intense mirroring signals, often moving and posing in similar ways, but Kate finally appears happy to do her own thing too as she is doing here.”

Instead of taking cues from her husband, the Duchess seems confident to meet the crowds alone.

Kate, who is often considered more reserved, takes on a high status than before in this new behaviour, Judi said.

“Mimicry can be linked to status, with the unofficial leader of a group or couple instigating changes of pose while the other copies.

“In her casual outfit and using some very direct listening eye contact, Kate does appear to be leading here though, with William following suit.

“ With her confident, sociable eye contact and smile Kate appears to be the centre of attention at this point while William grins and watches from the sidelines.” 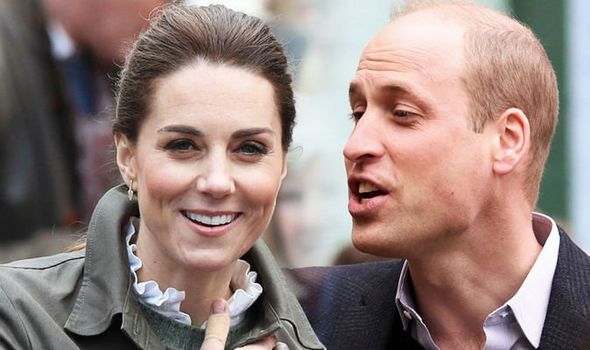 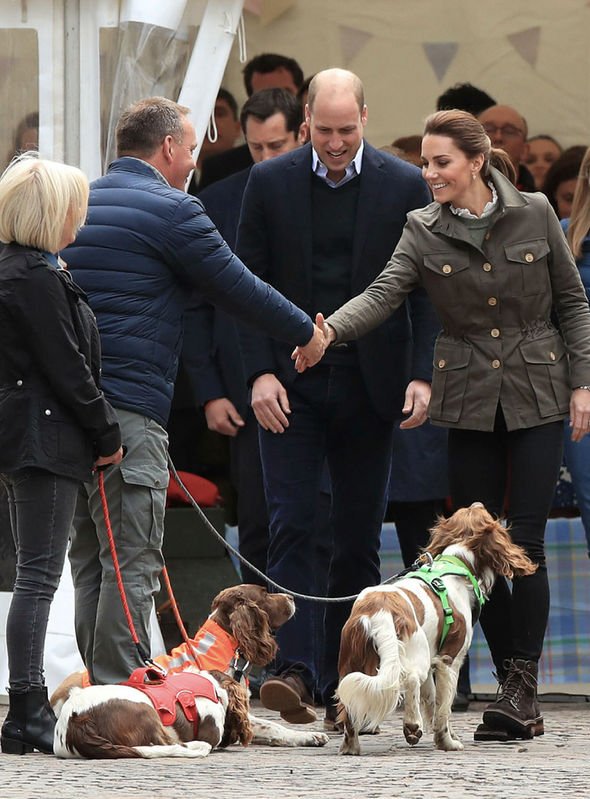 On one image shows Kate going in for a handshake, and she appears to dominate the scene.

“Her thumb is raised, suggesting pleasure and her dimpled grin suggests she’s having fun. William’s pose is less assured as he smiles down at the dogs with his arms hanging rather awkwardly at his sides.”

Kate Middleton wore a casual look for the walkabout in Keswick town centre during a visit to Cumbria today.

The lithe Duchess highlighted her long legs in black jeans and wore brown walking boots on her feet. 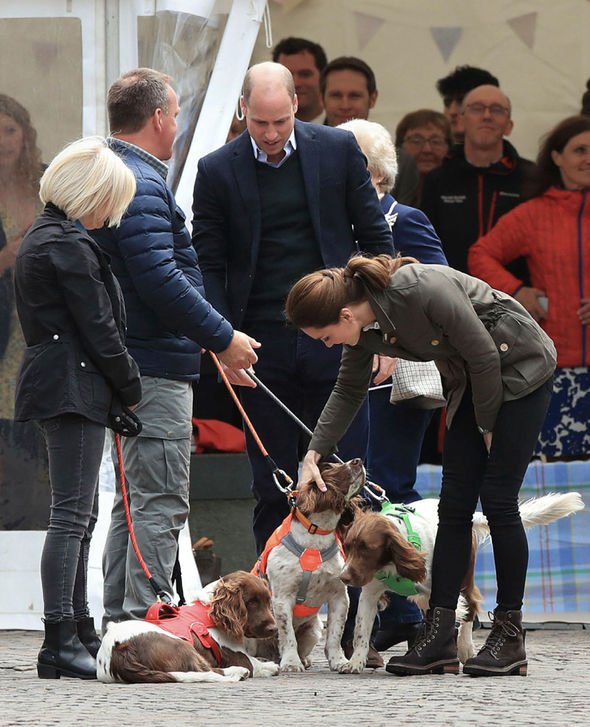 Kate Middleton’s jacket is a £275 khaki number by Troy London. Her boots are the Liegi Suede Ankle Boots, originally £360.

Kensington Palace tweeted: “Today The Duke and Duchess of Cambridge are celebrating the work of local heroes, farmers, volunteers and those supporting the rural community in Cumbria – starting in Keswick!”

Rose Hanbury, the Marchioness of Cholmondeley, was spotted without her wedding ring at a recent state banquet.

The pair were reported to have fallen out in recent months, despite being neighbours in Norfolk.

A source said: “It is well known that Kate and Rose have had a terrible falling out. They used to be close but that is not the case anymore.”