Baroness Katie Price: I call the noble Lord, Lord Beckham of Brooklyn. For what it’s worth.

Lord Beckham: My Lords, I have been distressed to learn of plans for the removal of the joint statue to my late parents, Lord David and Lady Victoria Beckham, which is currently situated in Parliament Square.

They were both highly valued members of this chamber, and to remove their statue in this current wave of ‘political correctness’, simply because they spent what is now deemed an unacceptable amount of money on clothes, shoes and lifestyle trinkets, is nothing short of a travesty.

Baroness Price: Whatever. I call the noble Baroness, Lady Halliwell of Watford.

Baroness Halliwell: My Lords, at the grand old age of 88, and as the last remaining Spice Girl, I would respectfully remind the noble Lord that, for all his late mother’s many talents, which did not, sadly, include singing or performing, she unfortunately expended too much money on handbags, foreign travel, cosmetics and home furnishings.

So it is with deep regret that, in the current economic climate, I support the decision to remove the statue of her and her late husband. 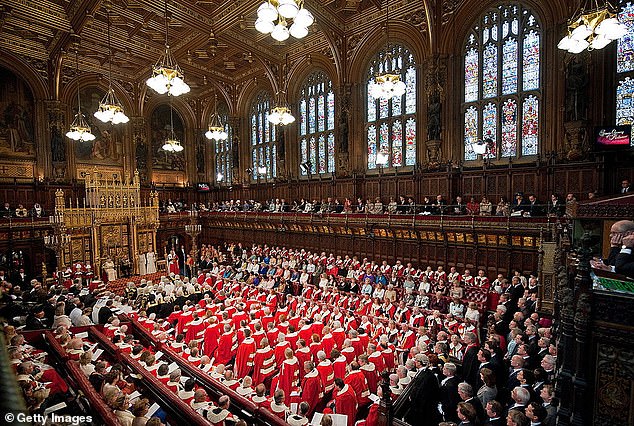 Who could be filling this chamber in 2060? CRAIG BROWN imagines a future in which today’s celebrities are the lords of tomorrow

Baroness Price: Let’s face it, I never liked her, not after what she said about my boobs. What a liberty. I call the noble Lord Cowell of Los Angeles, London and Juan-Les-Pins.

Lord Eric Cowell: My Lords, the removal of the Beckham statue to the new Museum of Folly, complete with explanatory notes, means that there will be an empty plinth in Parliament Square.

Might I, with your permission, Lady Speaker, propose a statue of my late father, Sir Simon Cowell, who is now acknowledged as one of the greatest giants of our island story?

Without his extraordinary influence, this Upper Chamber would be sadly deprived of many of my fellow Lords and Ladies, including My Lords Murs and Styles, and Baronesses Cole and Pinnock of Little Mix.

I have left sketches for the proposed statue, complete with overturned electric bicycle in burnished gold, in the Library of the House of Lords, for My Noble Lords to study at their leisure.

Baroness Price: Tell me about it! I call the noble Baroness, Lady Toffolo of Chelsea.

Baroness Toffolo of Chelsea: My Lords, I’m now 65 years young, but with plenty left to contribute! Let’s go for it, guys! So what about a statue of my old chum the late, great Sir Stanley Johnson, who was one of the great pioneers of reality television?

Lord Gallagher: My Lords, my late father, Sir Liam, whose illustrious career culminated in his appointment as the British Ambassador to the United States, would wish me to point out that the late former Prime Minister, Lord Johnson of Exmoor, erected a statue of his father to replace the statue of Lord Nelson on what had been Nelson’s Column in Trafalgar Square.

This was, of course, after Lord Nelson was condemned for inappropriate behaviour towards Lady Hamilton and others, including a Mr Hardy.

Might I suggest that what is now the Johnson Column be renamed the Gallagher Column, and topped with a statue of Sir Liam successfully slaying his vanquished brother, Sir Noel, with a broken beer-glass?

Lord Ant: My Lords, might I remind you that the lions in Trafalgar Square have already had to go…

Lord Ant: … and their plinths were taken by four of the most illustrious, high-achieving domestic animals this nation has ever known, including Dilyn the Dog, who made his mark on Downing Street in the early 2020s, before being appointed editor of The Evening Standard. 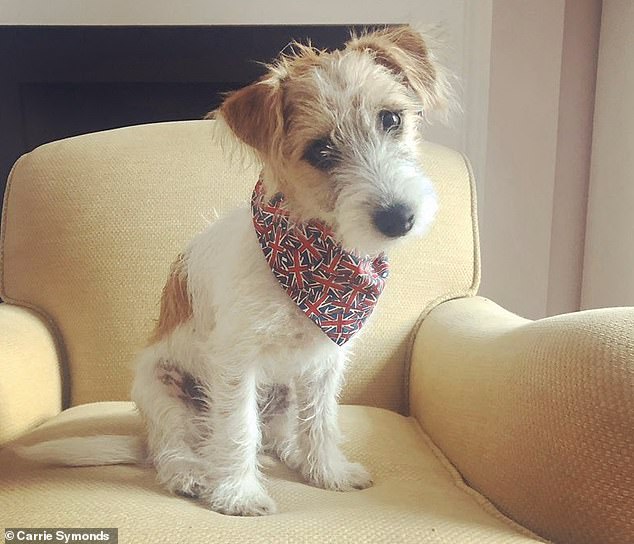 Baroness Price: One hundred per cent. I call my noble Lord, Lord Barron Trump of Florida and Balmedie. Phwoar!

Lord Barron Trump: My Lords, I would suggest that this House should vote to fill the empty plinth in Parliament Square with a statue of my late father, the great President Donald Trump, who was such a friend to this country.

And might I make one final suggestion, My Lords? To save time and money, it could be an exact copy of his sculpture on Mount Rushmore, only twice the size.