In her first major public speech, on her 21st birthday in 1947, the then Princess Elizabeth gave this solemn pledge.

‘I declare before you all that my whole life, whether it be long or short, shall be devoted to your service and the service of our great imperial family to which we all belong.’

In seven decades on the Throne, she has never once wavered or resiled from that pact with the British people.

And though the empire may have receded into the mists of time, her unshakeable commitment to the Commonwealth has fostered a new community of nations. 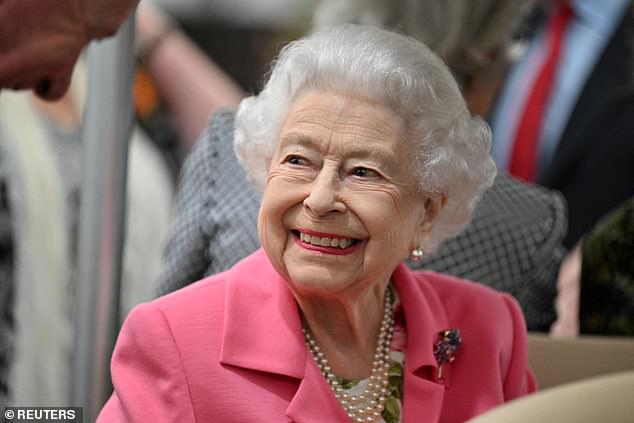 In seven decades on the Throne, she has never once wavered or resiled from that pact with the British people

On Thursday, this country will join together in celebrating the Queen’s Platinum Jubilee. And it couldn’t have come at a better time.

After the worst pandemic in a century, hideous Russian aggression in Ukraine, a cost of living crunch and Partygate madness, it’s a much-needed opportunity to breathe out.

Over the four-day holiday, there will be pageantry, thanksgiving, a palace concert and thousands of street parties.

Typically, the Queen has held out an olive branch to her prodigal grandson Prince Harry and wife Meghan, who will be present at the festivities.

Her Majesty says she doesn’t want this jubilee to be about her, but about the enduring institution of the monarchy. In that, she may be disappointed.

The cheers, bunting and flags will all be for her – the longest serving and best-loved monarch of all. 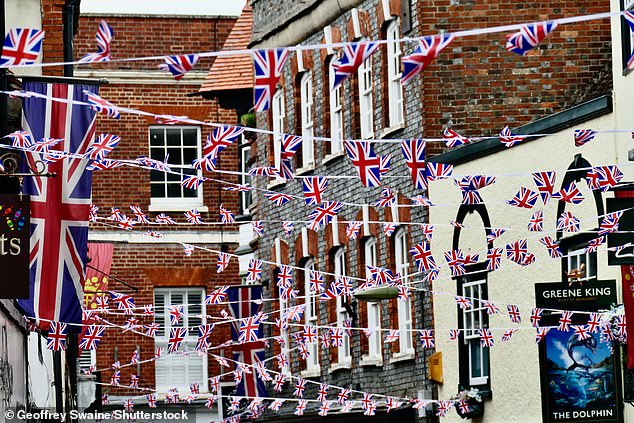 The cheers, bunting and flags will all be for her – the longest serving and best-loved monarch of all

Through war, social upheaval and a technological revolution unimaginable 70 years ago, she has stood alongside rather than above her people – a rock of stability in a sea of change.

As Tennyson wrote of Queen Victoria, she has gloried in our glories, and sorrowed with the sorrows of the lowest.

She is less robust now, and the loss of Prince Philip – her ‘strength and stay’ – was grievous. But her spirit and sense of duty remain undimmed.

Hers has been a life of devoted service to a grateful nation. Long may she reign.

Perils of tax and spend

Giving money away can be a satisfying experience. Recipients are grateful for the financial assistance. Donors feel good about themselves for having been able to help.

For the Chancellor, however, such largesse has consequences.

First, it’s not his money, it’s ours.

Second, most of it has to be borrowed, saddling future generations with the debt.

And third, throwing vast amounts of public money into the system fuels the very inflation he’s trying to tame.

The Daily Mail sees why Rishi Sunak announced his £21billion giveaway to ease the cost of living crisis. Families are suffering and it shows he understands their struggle.

But by hinting at another splurge next year, there’s a danger he’s becoming addicted to Labour tax-and-spend policies.

He needs to snap out of it. And soon. The Tory way is to stimulate growth by tax cuts, public sector savings and a prudent monetary policy. Nanny-statism is the socialist answer to everything. Ultimately, though, it solves nothing.

Just when you thought you’d seen the last of them, they’re back – like the living dead.

Tony Blair, David Miliband and other Remainer/Third Way has-beens have banded together in a last-ditch bid to impose themselves on an indifferent nation.

They hope to harness the spirit of Emmanuel Macron’s En Marche party and no doubt water down Brexit so that we are once again supplicant to European law.

When will these dreary old windbags realise they’ve had their time and no one wants them back? It’s high time they retreated into well-earned obscurity.