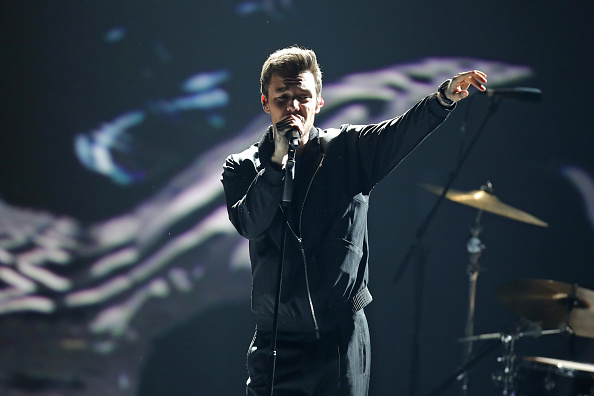 The other day, as I was mindlessly tapping through Instagram stories, I was unexpectedly faced with a gym selfie from Liam Payne.

It wasn’t that the picture itself shocked me – more the fact that he shared not only his exact weight, but the amount he’s lost recently and the time it took to do so. I felt an instant sickly feeling in my stomach.

Not only did this post trigger an evil cackle from the eating disorder sitting at the back of my brain, but it ignited a real fire of frustration within me.

I can’t quite articulate the fury I feel when celebrities make their weight public. I view it as the ultimate abuse of power and not simply a careless act, but a reckless one.

When stars share the number on their scales with the world, particularly when showcasing the results of weight loss, it’s damaging. It can exacerbate eating disorders, fuels diet culture and glorifies slimmer bodies – something that we shouldn’t be so quick to praise as the most magical thing a human can do, especially when we don’t understand the reasons behind it.

Liam Payne has 23million followers on Instagram alone, most of whom are young women. Following his post, I checked Twitter desperately hoping I’d got it wrong.

I badly wanted to search his name and see not a single tweet celebrating his smaller body or from a young fan comparing their weight to Liam’s. But that’s exactly what I saw: plenty of tweets from fans in their teens and early twenties, picking themselves apart for either being heavier than Liam or weighing the same as him.

This broke my heart, because it was my daily reminder of how aggressive diet culture is and how damaging the myths and misinformation surrounding weight and health are.

Of course there will be people who weigh more than Liam Payne. Yes, even younger women. Why? Because not only is Liam Payne a celebrity with money for a personal trainer, a home gym, the fanciest of protein shakes, a job that allows time off, structured meals and frequent exercise.

He’s also just one person whose body has its own set point and unique way of functioning. It’s both unrealistic and dangerous for any person to compare his weight with theirs, or anyone’s, because unless you are Liam Payne, you will never weigh the same as Liam Payne and look like him.

A few weeks back, I saw a similar post from Bebe Rexha, one that broke my heart. First, she shared a video, dancing around in navy lingerie, looking stunning, saying, ‘How much you think I weigh? [It’s] no one’s business.’

It made me feel so happy and empowered, as it sent such a refreshing body positive message to her followers… but the celebrations were short lived, as she proceeded to tell the internet the number of pounds she weighs, claiming we need to ‘normalise’ it.

Demi Lovato commented, praising Bebe, telling her that’s what they weigh too.

But if your weight is no one’s business but your own, why tell anyone? Surely that defeats the purpose of the video? Isn’t that contradictory?

Regardless of someone’s own relationship with their body or mental health struggles, we all have a duty to others online, especially when you’re so famous. Celebrities need to be mindful before sharing anything, and understand the dangers of treating a very public Instagram page like a private Snapchat.

Sure, it’s their page and they can post what they like, but we have to stop acting like celebrities, reality stars and major influencers exist on the same level as everyday people online. The weight of what they post is far greater than anyone with a 9-5 job in a bank or a college student with 500 followers.

Regardless of someone’s own relationship with their body or mental health struggles, we all have a duty to others online, especially when you’re so famous

They can’t just force specific details about their health onto millions of strangers without their permission, because that is the finest way to trigger those with physical and mental illnesses and send out toxic messages about health.

I didn’t ask to see Liam Payne’s body checking mirror selfie at 12:30am, and as someone who has worked incredibly hard recovering from anorexia, it was all the more infuriating. I’ve had to meticulously curate my social media feeds to be places free from triggers and safe for me to browse, as I once used the internet to fuel my ED and look up very disturbing images of people with eating disorders.

When celebrities share not just their weight, but intimate details of their diets and workout routines, they run the risk of treating the internet like a diary. That’s not to say I don’t think celebrities should never talk about exercise or what they’re eating, but there’s a way of doing so safely and responsibly, with awareness of your following.

It’s fine to share fitness tips and recipes, but there’s a massive difference between Kourtney Kardashian giving Poosh readers tips to burn more calories and portraying disordered eating habits as healthy, and someone like Florence Pugh doing cooking livestreams on Instagram. She shares her favourite dishes, cracking jokes while doing so, and isn’t afraid to film herself tucking in to the finished product.

Discussing body size or fitness online isn’t inherently bad, but where we cross into murky waters is when medically unqualified celebrities encourage weight loss and food guilt, and promote this idea of ‘if you eat/workout like me, you can look like me’, which simply isn’t true.