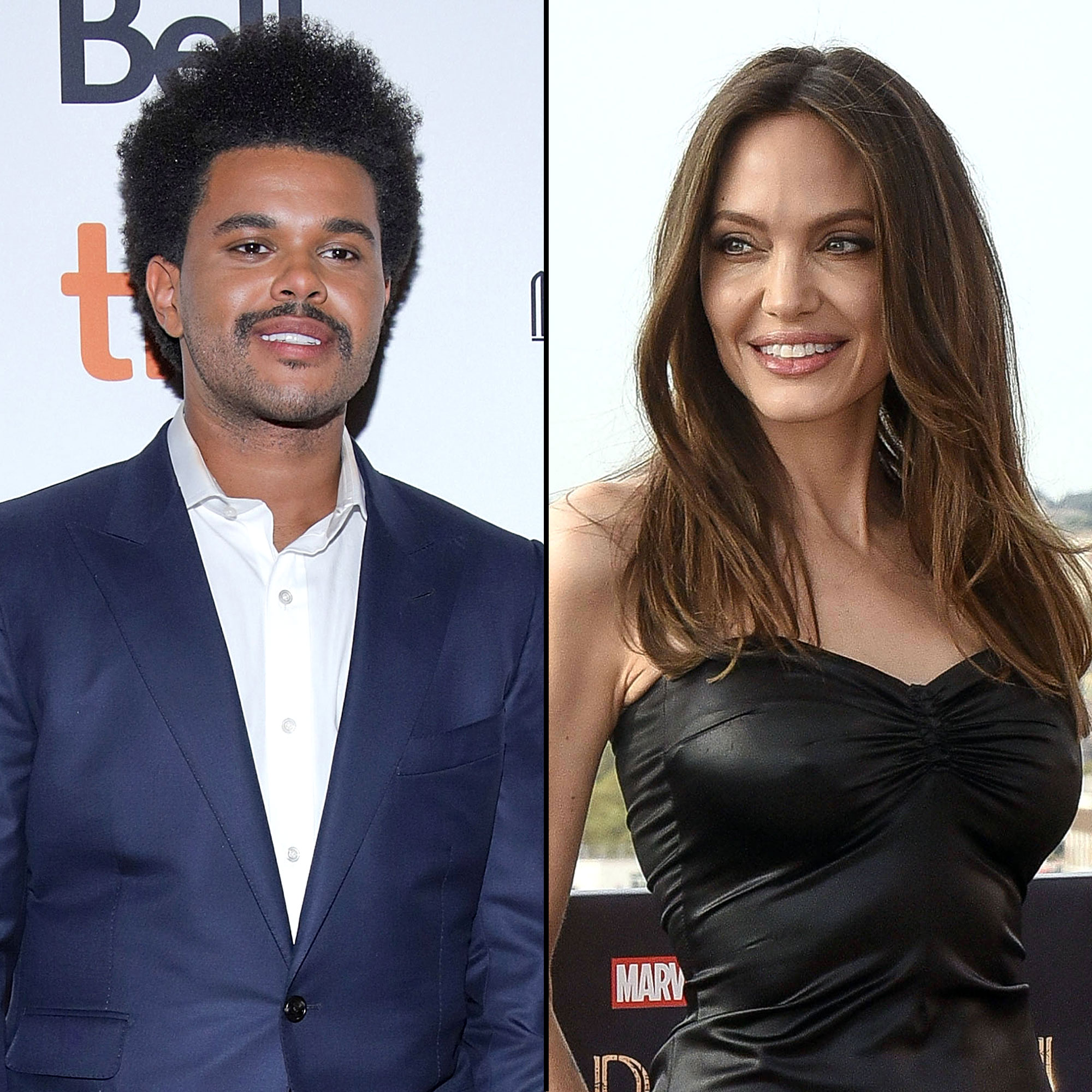 Secret messages? Listeners were quick to decode The Weeknd’s lyrics when he dropped his new album Dawn FM — and some fans think they caught clues about his rumored relationship with Angelina Jolie.

The Weeknd Through the Years: From Drastic Haircuts to Shocking Prosthetics

“My new girl, she’s a movie star,” the “Blinding Lights” crooner, 31, sings on the song “Here We Go… Again,” which was released on Friday, January 7, along with the rest of his fifth studio record. “I loved her right / Make her scream like Neve Campbell.”

While The Weeknd (real name Abel Tesfaye) has not yet addressed the real-life inspiration for the “movie star” referenced in his song, fans speculated that he was describing the Eternals actress, 46, after the pair were linked to one another last year.

“Me when #TheWeeknd said ‘baby girl she a movie star:’ Angelina Jolie is that u,” one fan tweeted on Friday after the album dropped. Another wrote, “I love it and here he is talking absolutely about Angelina Jolie!”

In addition to the speculative lyric on “Here We Go… Again,” other eagle-eyed fans believed they heard similar Easter eggs on “Starry Eyes” and “I Heard You’re Married,” also featured on Dawn FM.

“And now you’re my reality / And I wanna feel you close, but you’re defeated, baby / Broken, hurtin’, sufferin’ from a shattered soul,” the Canada native sang about falling in love on “Starry Eyes,” adding, “Let me be there / Let me be there for your heart / Let me be there, I can be there ’til you’re whole / You weren’t touched by a man in so long / ‘Cause the last time it was way too strong.”

Other fans speculated that “I Heard You’re Married” could also reference the Maleficent star, who has been locked into a lengthy custody battle with ex-husband Brad Pitt over their younger kids. The former spouses, who share Maddox, 20, Pax, 18, Zahara, 16, Shiloh, 15, and twins Knox and Vivienne, 13, finalized their divorce in April 2019.

“The way you hypnotized me, I could tell / You’ve been in control / You manifested this, but girl, I blame myself / Things I shoulda known / The whispers that I hear,” the Grammy winner sang. “These words I need to hear from you / And I know this is a fling / But you’re hidin’ someone’s ring / It hurts to think I’m sharin’ you.”

Unlikely Celebrity Couples Over the Years

The “Can’t Feel My Face” artist was first spotted with Jolie in July 2021. They were later seen together on multiple dinner and concert dates after their first joint outing.

“Both Angie and Abel are telling people that they are just friends, but those who know them think something romantic is going on,” an insider exclusively told Us Weekly in September 2021, noting that the musician “lights up” when he is around the actress and is “in awe of” her.

“She’s definitely warming toward Abel,” the insider added of the California native at the time. “He’s been pouring on the charm and going out of his way to impress her.”