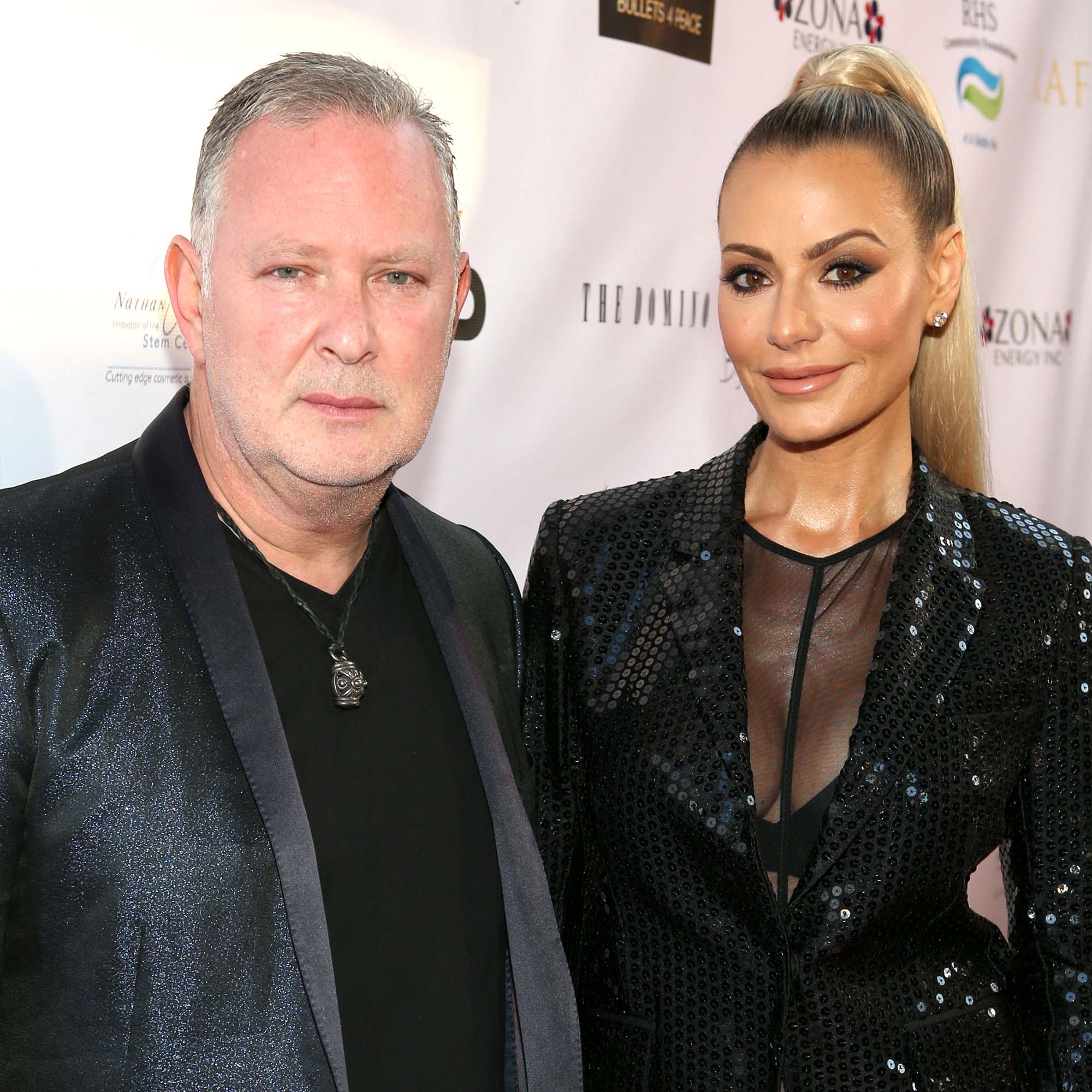 As Dorit Kemsley recovers from the aftermath of the invasion at her California home, her husband, PK Kemsley, is giving an update on how she is coping.

Dorit Kemsley Robbery: Everything We Know

“I would like to thank you all for your kind words of support. Dorit and myself have been overwhelmed by the show of love,” the businessman, 54, wrote via Instagram on Friday, October 29. “We can’t respond to every message ( I can’t even respond to all the texts and what’s apps)…. So I wanted to tell you all that we are doing OK.”

The U.K. native noted that he was now with Dorit, 45, after returning from a trip overseas.

“I’m home and we are all together and will get through this,” he added. “The babies are great they are the totally unaware and life is going to return to normal hopefully very quickly.”

The property developer also spoke about the home invasion on his way home from the airport, calling it a “real shock.”

“[Dorit] is in shock. I’m going to see her now. I haven’t seen her yet. I was so worried,” he told the Daily Mail. “I don’t know a lot at the moment. I just know thank God my babies are OK, thank God Dorit is OK. She’s at home but not alone and I’m rushing to her now.”

Mention It All! Real Housewives’ Legal Troubles Through the Years

One day earlier, Us Weekly confirmed that the Real Housewives of Beverly Hills star’s Encino, California home was burglarized on Wednesday, October 27.

“A home invasion robbery happened at 10:50 pm last night and it happened at the 1700 block of Adlon Road,” the Los Angeles Police Department shared with Us in a statement on Thursday, October 28. “We don’t have specific details of the investigating detective or if a gun was used or not. We’re getting very vague information since it’s in its preliminary stages.”

‘Real Housewives of Beverly Hills’ Season 11 Reunion: Everything We Know

The reality star was reportedly sleeping when three men broke into her house and entered her room with a gun. Dorit and PK’s son, Jagger, 7, and daughter, Phoenix, 5, were in the home at the time of the incident and the Connecticut native allegedly begged the robbers to not harm them, according to the Daily Mail.

The outlet also reported that $100,000 worth of purses and jewelry were taken. Dorit’s costar Kyle Richards‘ home in Encino was also robbed three years prior. The Halloween star, 52, and her husband, Mauricio Umansky, were not on the premises when more than $1 million in various items was taken, including jewelry that belonged to Richards’ late mother.