Dua Lipa stunned Friday evening while attending a star-studded Versace & Frieze party in London, where she was joined by fashion royalty, Donatella Versace.

The “Levitating” songstress, 26, showcased her mile-long legs in a glittery purple mini skirt and green satin heels, topping off the look with a lime green shimmery top. 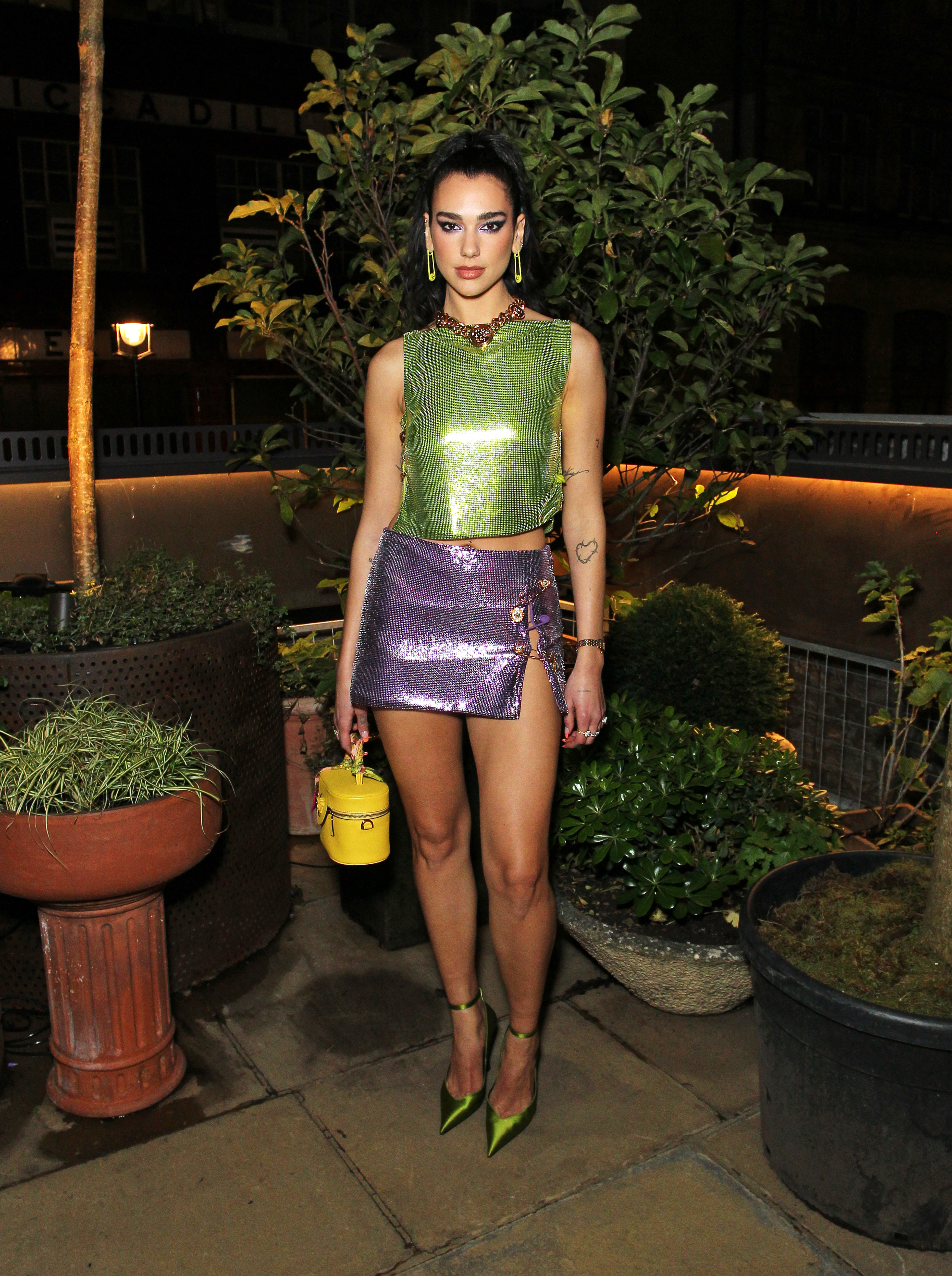 She styled her tresses into a high ponytail and chose to go with green safety-pin earrings and a chunky gold necklace as accessories.

The Grammy-winner was spotted laughing with Versace, 66, who donned an embellished silver dress over black tights and a pair of thigh-high boots. 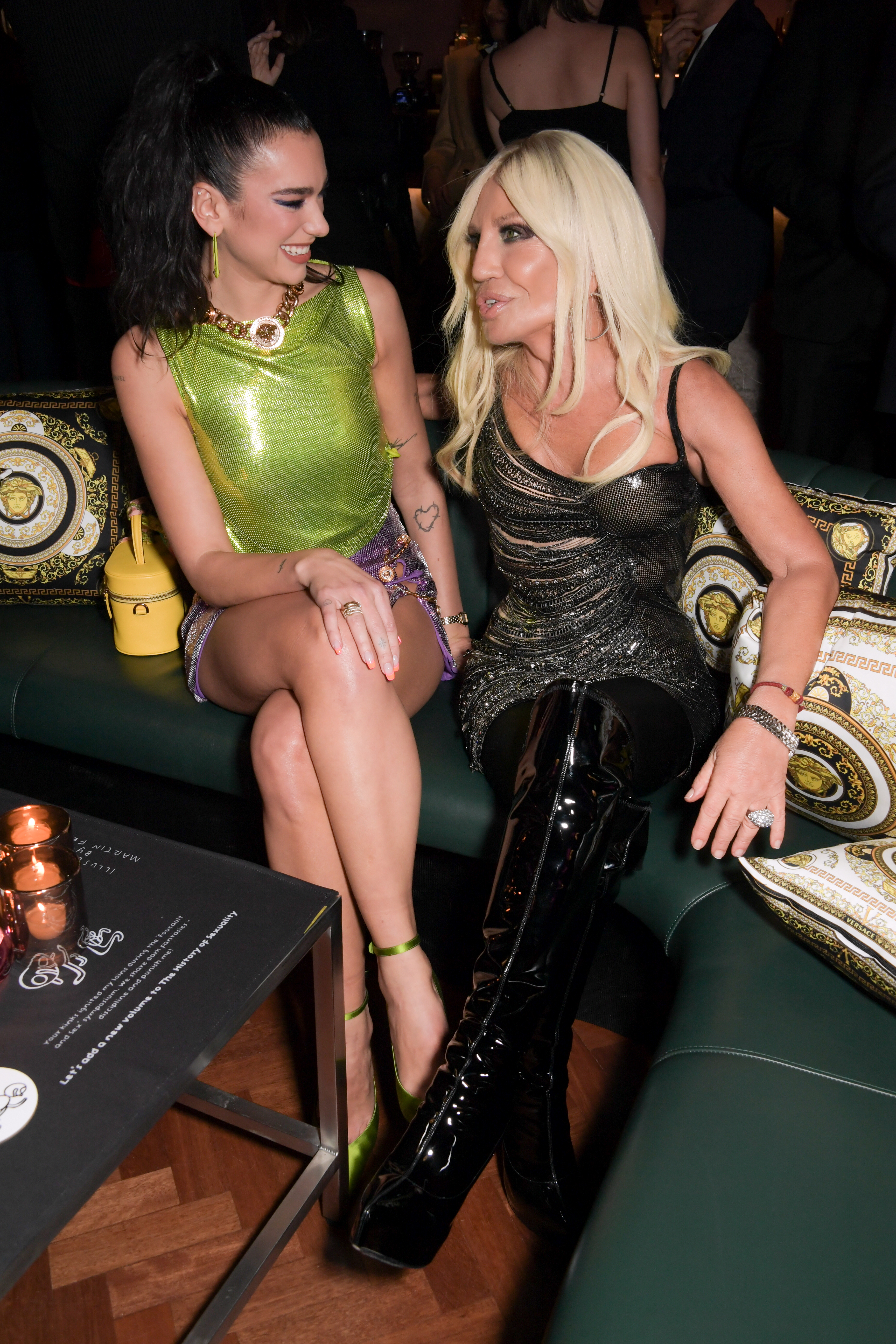 The “Cold Heart” singer made her runway debut walking Versace’s show at Milan Fashion Week last month, which could account for the two ladies seemingly growing closer by the day. 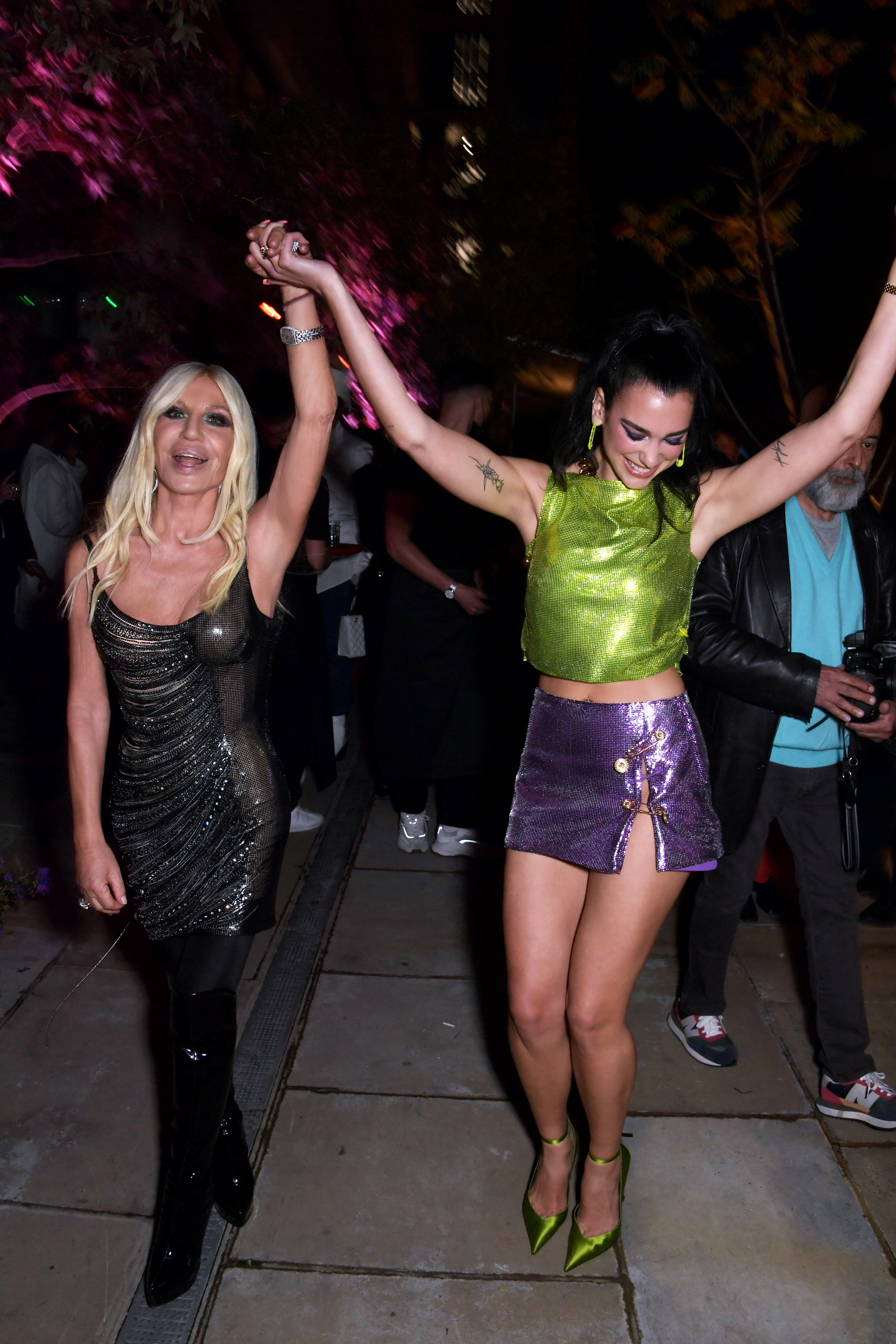 Joining the “New Rules” artist were Gigi Hadid and Irina Shayk — both seasoned models who appeared on multiple runways this season — along with Emily Ratajkowski, Stella Maxwell and Naomi Campbell.

Watching from the front row were stars such as Addison Rae, Bella Thorne and fiancé Benjamin Mascolo, singer Becky G and more. 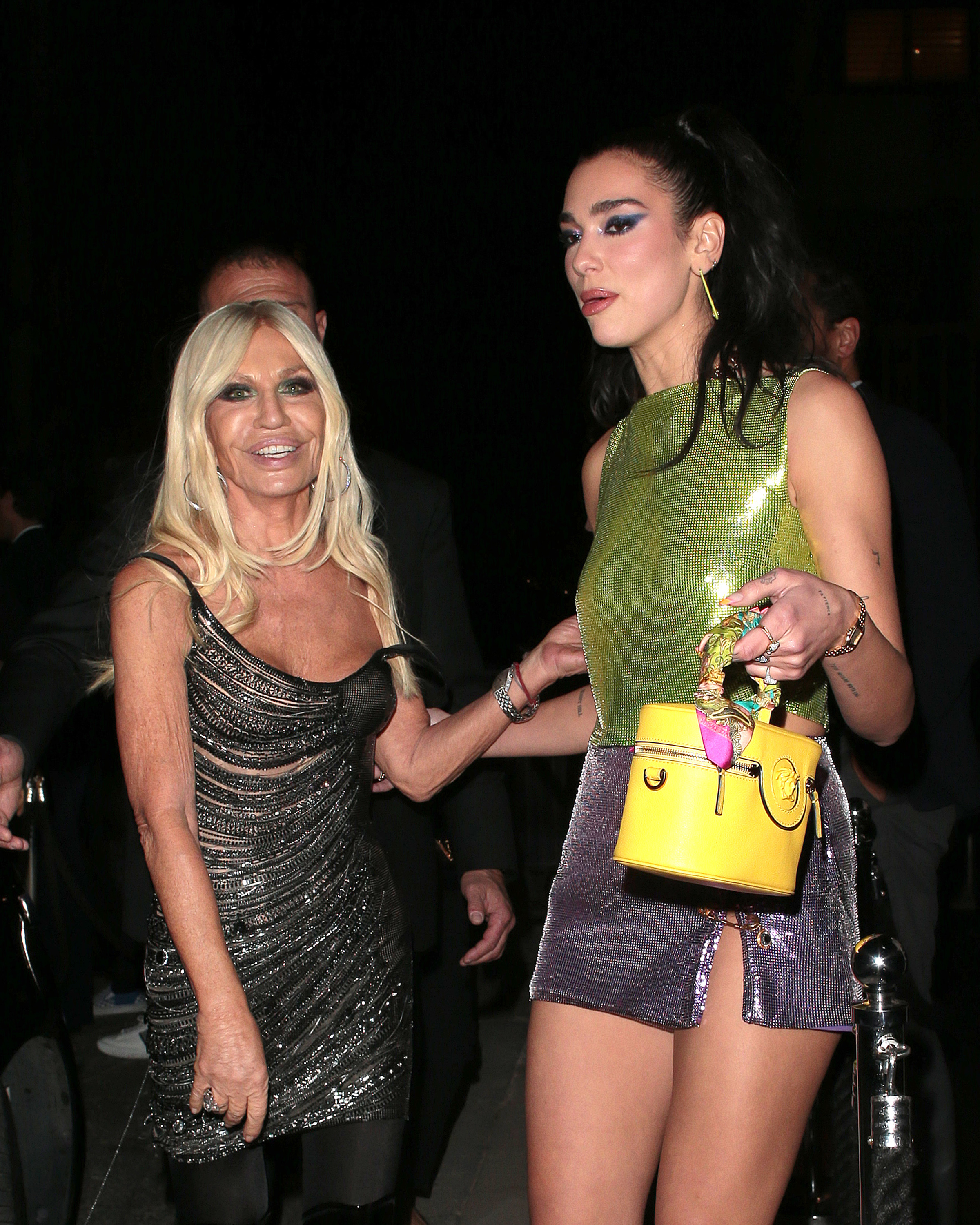 Dua Lipa is also a longtime Versace muse, who often dons the brand’s designs on red carpets and on stage — including at the 2021 Grammys, where she arrived in a sheer bedazzled gown adorned with a butterfly.