A father-of-four has slammed a restaurant he visited on Christmas day after his children were served chicken and chips instead of a traditional turkey meal.

Rick Arpino, who visited the Ruposhi Indian Bar & Restaurant in Bury on Saturday  with his partner and their four children, has posted scathing reviews on Facebook and TripAdvisor.

He explained that he ordered two Indian dinners for the adults and traditional Christmas dinners for the children ahead of the day, however on arrival they were served chicken, chips and half a fried tomato.

After explaining he was left ‘thoroughly disappointed’ with the meal, he complained: ‘What an absolute farce of a restaurant – Christmas Dinner ruined for our children on the whim of this establishment.’

However other social media users were quick to criticise Rick as they suggested he was in the wrong for expecting a traditional meal at a curry house. 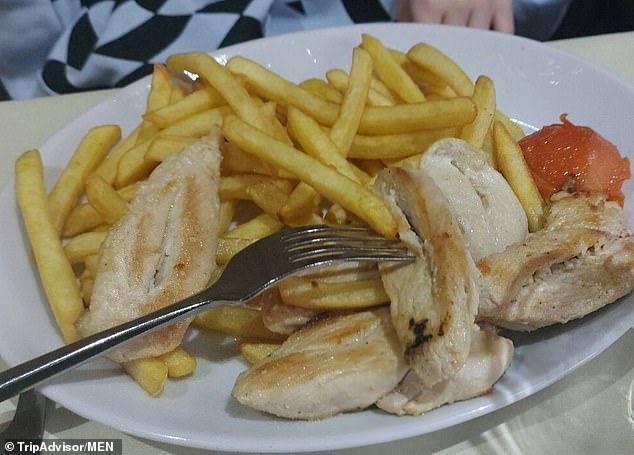 Rick Arpino, who visited the Ruposhi Indian Bar & Restaurant in Bury on Christmas Day, has divided opinions after complaining that his children were served chicken and chips instead of a traditional festive roast dinner (pictured)

Furious after his dinning experience, Rick wrote online: ‘My partner and our four children visited today for a Christmas meal and were thoroughly disappointed with what occurred.

‘I confirmed the booking over the phone – two Indian dinners for the adults and trad Christmas for the children.

‘I then visited pre-visit (only) for the manager to inform myself that they had decided not to serve turkey but chicken instead because of a lack of bookings.

‘Fair enough not a huge change and the kids probably wouldn’t notice anyways.’ 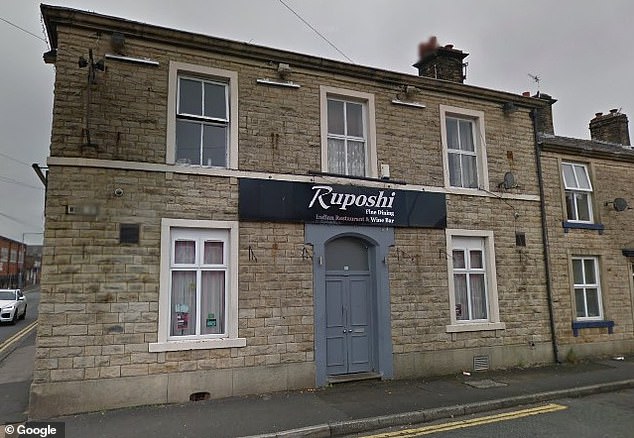 He continued: ‘Wow! Yes I knew the meat had changed but to not bother informing myself that they had decided not to serve up the Xmas trimmings at all and had swapped them for chips and half a fried tomato – seriously!

‘Why advertise a choice of menus and then change it to please themselves.

‘[It is] obviously a cost issue but to attempt to charge £30 for a plate of chicken and chips is a joke!

‘We were not the only ones either to suffer this either as the same happened on the later sitting.’

He ended his post: ‘Stay away because they don’t care about you.’

Since the complaint was published, hundreds of people have slammed Rick over his comments, with one writing: ‘I think Christmas dinner was ruined the second you decided to go for an Indian for a Christmas dinner!’

Another said: ‘Ruposhi is a fabulous Indian restaurant serving wonderful Indian food, we love it there.

‘However, it would probably be low down on my list of places to host a ‘traditional’ British Christmas lunch. Maybe try another establishment rather than giving it a bad review?’

A third claimed she went to Ruposhi on Christmas Day and had been told they weren’t doing Christmas dinner when she booked.

She said: ‘We went yesterday – couldn’t fault it we all had the curry amazing. After all it is a Indian curry house.

‘If you wanted English food I would suggest you to go a pub or somewhere. They did come round asking if everything was ok so really you should off said something and not sl** them off all over Facebook.’ 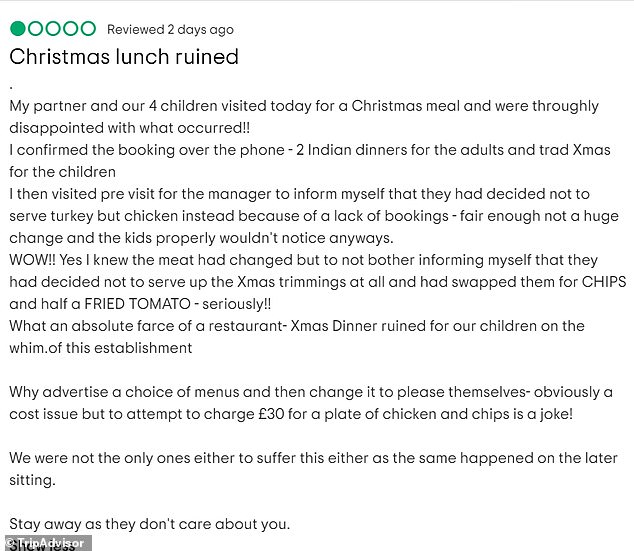 Posting on TripAdvisor, Rick complained the restaurant swapped Christmas trimmings for chips and a fried tomato

The Ruposhi Indian Restaurant claimed it had rang up its customers in advance of Christmas Day to take their orders and to explain that they were no longer serving a traditional Christmas dinner menu due to a lack of interest.

The restaurant’s manager, Shah Munim, has said that he’s written to TripAdvisor to complain about the review.

He also explained that the change in menu had come because so few customers had ordered the Christmas dinner.

He claimed: ‘We want to please our customers. We gave them options. And they chose chicken and chips.

‘I fully agree with them, they’re not happy. I did my best.

‘But unfortunately after leaving they wrote on Facebook and Tripadvisor. I don’t know why they’re doing that,’ he added.

‘It’s a very hard time to run a business right now,’ he said. He said that negative reviews can impact his business.

‘It’s easy for them to write a review on Tripadvisor but it’s hard to run a business and to keep customers happy,’ he said.

Meanwhile he explained that the Ruposhi served around 80 customers on Christmas Day, with one customers leaving a five-star review.

They wrote: ‘We came for Christmas day, six of us, excellent food yet again fantastic service and staff curries was spot on. Thank you for a lovely meal.’