Who knew abandoned mines were going to become such a big gardening thing? Gouged-out cavities everywhere from Cornwall to Malta to Woodend North have been recolonised by plants, sometimes all of their own accord. Gritty but bucolic, machinery marks sit side-by-side with wildflowers. 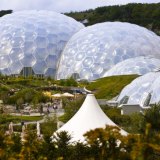 Three biomes of the Eden Project, the largest greenhouses in the world.Credit:Glenn Beanland

So perhaps it was only a matter of time before talk turned to turning the great, gaping hollow left from 50-odd years of brown-coal mining in Anglesea into a garden and eco-tourism attraction.

Sir Tim Smit, co-founder of the Eden Project, which famously transformed an old clay pit in Cornwall into a botanical wonderland, is proposing indigenous plants, water and a “celebration” of the area’s local ecology.

But long before there was any talk of such an eco-tourism extravaganza in this coastal town there was a band of dedicated local volunteers working to preserve a local ecology so diverse it has been described as a coral reef out of water.

The volunteers are part of ANGAIR, the Anglesea, Aireys Inlet Society for the Protection of Flora and Fauna, which this year celebrates its half-centenary. For 50 years its members have been conducting working bees, putting on workshops, organising fundraisers and mounting campaigns to protect this stretch of coast and hinterland.

It is an area of elusive orchids that only flower after fire and rare perennial herbs once thought to be extinct. Some of the plants cannot be found anywhere else.

When The Age visited the society’s propagation group at work this week, 10 volunteers were cultivating some of the 750 local indigenous plants identified in the area in preparation for the outfit’s annual spring sale. Among the group’s most treasured possessions are two polystyrene boxes filled, like A-to-Z filing cabinets, with locally collected seeds of everything from Acacia to Xanthorrhoea. 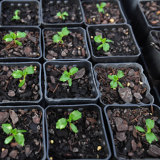 Some volunteers were planting seeds, others potting up seedlings. Two people were washing plastic tubes so they could be reused and one was at a computer keeping a digital record of all that was being done. It felt streamlined and efficient but also fun. After the volunteers finished, they drank coffee and ate cake.

It is the same story two mornings every week and it is the same again for the other special-interest ANGAIR groups that weed, monitor, rehabilitate and otherwise care for a natural landscape that is under growing pressure. 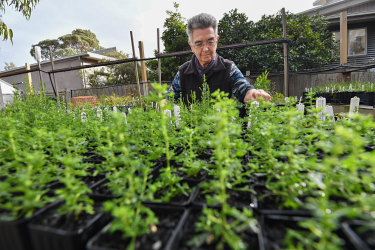 The ANGAIR volunteer group, which has 600 members, has been running for more than 50 years. Credit:Joe Armao

Population growth, increased housing and new infrastructure projects have all taken their toll on local vegetation. But the society, which has about 600 members, has become a role model for effective, long-term community action.

Propagation group convener, Sally White, attributes the outfit’s longevity to the way it has continually adapted to suit the conditions at hand. The group’s goals have always been the same, but its ways of getting there can change. “Most community groups don't keep going this long. People usually get fired-up by the great passion of the original members and, when they go, everything can disappear,” White says.

The key original member of ANGAIR was the late Edith Lawn, an art and craft lecturer who, in 1968, took a walk in the Anglesea heath and picked spider orchids for one of her classes.

The story of what unfolded next is documented in a book by long-time member Roslyn Gibson to celebrate ANGAIR’s first 50 years. Gibson quotes Lawn’s 1974 account of events in which Lawn described how a local builder called at her holiday house, noticed her picked orchids and said, “Don’t let my wife see you with those”. 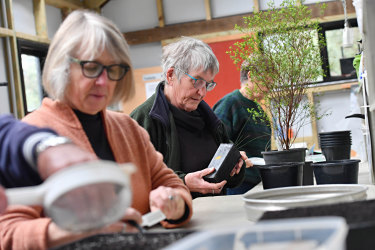 Lawn promptly visited the builder’s wife and began to reflect on how many other people must be innocently removing local plants from the bush like she had done. Within months Lawn had set the wheels in motion for the establishment of ANGAIR.

The first meeting was held in 1969, around the same time Alcoa’s Anglesea power station went online. But the timing was pure coincidence and the book describes cordial relations between Alcoa and ANGAIR and their joint effort to limit the environmental fallout of Alcoa’s activities.

After the power station and mine closed in 2015, several locals – including some ANGAIR members – started thinking the best way to continue limiting the environmental fallout was to have an eco-tourism project like that established in Cornwall almost 20 years ago.

The feeling among the volunteers at the propagation group meeting was that turning Anglesea’s mining scar into an Eden-style eco-tourism project “fits in” with ANGAIR’s work. As propagation group member (and a former ANGAIR president) Peter Forster put it, “It is all about environmental awareness, and education and getting people to be more aware of their surroundings.”