SINGAPORE (Reuters) – Mirazur, on the French Riviera, was crowned No.1 at the World’s 50 Best Restaurants awards ceremony held in Singapore on Tuesday, lauded for its fresh and seasonal cuisine. 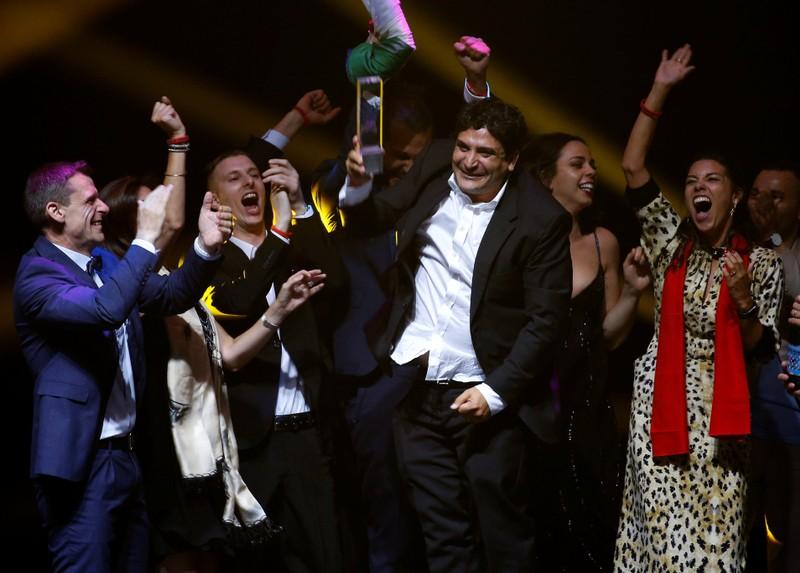 Mirazur’s menu, which includes dishes like salt-crusted beetroot from the garden with caviar cream, is inspired by the sea, the mountains and produce from its own gardens, which cascade over three levels.

Its Argentine-born chef Mauro Colagreco told Reuters he felt like he “was in the sky” after winning the award, which “showed the world when you have a dream all is possible”. He and his team accepted the prize carrying a banner that combined the flags of Argentina, France, Brazil and Italy.

Launched in 2002, the 50 Best list has grown in prominence to rival the long-established Michelin star system. The ceremony in Singapore is the first to be held in Asia.

After a change in the rules earlier this year, restaurants that previously topped the poll will no longer be eligible for the annual ranking. Past winners, including Osteria Francescana, joined a newly created “Best of the Best” category.

Spain dominated the top 10 list with three restaurants. Asador Etxebarri in Axpe was ranked No.3 for showing off simple ingredients by grilling them, while Mugaritz was seventh and Disfrutar came ninth.

Compiled by William Reed Business Media, the Best 50 list is based on the experiences of more than 1,000 restaurant industry experts around the world.

The only Asian restaurant in the top 10 was Gaggan in Bangkok, Thailand, at No. 4. Kolkata-born chef Gaggan Anand’s playful menu includes a curry dish that diners are encouraged to lick from the plate, while music by rock band Kiss plays in the background.

Another Copenhagen restaurant, Geranium, was fifth on the list, while Paris’s Arpège, where vegetables take center-stage, was No. 8.

Peru, which has emerged in recent years as a top culinary destination, featured twice in the top 10 — Lima’s Central remained sixth, while Japanese-Peruvian fusion outlet Maido, with its 50-hour-cooked beef short rib, was No. 10.