John Aiken is a relationship expert who will this year rack up his tenth season on Married at First Sight.

Do you enjoy watching yourself on screen?

I’ve got used to it now. I think initially it was different and you pick up all sorts of little things about yourself, but now I’ve gotten used to the idea of it, and I just go with it now. 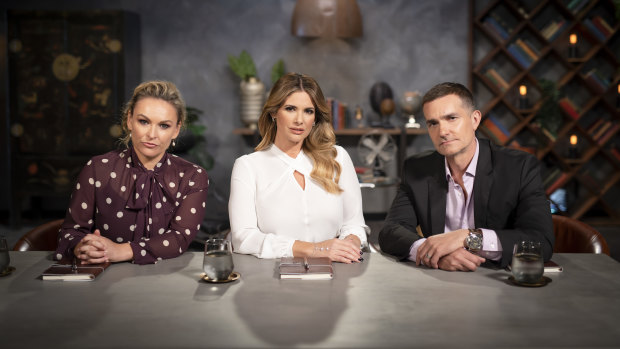 You’re billed as a relationship expert. What’s the career path for someone who wants to do what you do?

Well, you’re probably best to do a lot of work, cut your teeth on different sorts of people, different sorts of conditions, so you get a good background in it all before you jump into TV. That’s what I found, anyway. After I did my training, I worked in private practice for about 20 years seeing all sorts of different presentations, and that set me up for being able to cope with what I find on MAFS.

Was it a surprise when the opportunity came up to be on MAFS? I can’t imagine it was something you’d thought of when you started your career.

That’s right. In fact, when I first started working in the field, I didn’t think about doing media at all. But I guess over the years you get a little bit of experience, but what I found is that when I started to get into it, and when this opportunity came along in particular, I found it really exciting. So I sort of just dived in, and it’s gone from strength to strength. Initially it wasn’t something I set out to do.

What is it, do you think, that makes a person want to be a participant on MAFS? It’s fraught with peril in terms of showing yourself to the world. What sort of person wants to put themselves under that spotlight?

I think there’s a part of them that enjoys being on screen, there’s no doubt about that. Because you’re on cameras 24/7, for up to 12 weeks. So you’ve got to be comfortable enough with that exposure. The other part of it is you’ve got to want to fall in love, or at least be open to the idea of finding someone. And everyone has different combinations of that, different amounts of it. Certainly, people have to be pretty robust in terms of coping with the amount of cameras that are on them.

Is there ever a tension, for you, between the requirements of your job advising and counselling the participants, and the needs of the show to be entertaining, to generate conflict and drama? Are you ever conflicted over your role?

No, I really enjoy my role, I find it’s developed over the years. Initially, I was in a mediating role, whereas now I’m very much about holding a mirror up to the participants and calling out bad behaviour, doing that in a very short, sharp way. I’ve really enjoyed that. And it’s interesting to see then how it lands, and whether it gets some traction with the participants or not. Some of them do change, and do change quite quickly. Others just resist, and that’s the unpredictability of it all, it does make for compelling viewing.

Do you get frustrated at times by those participants who are a little harder to get through to?

I guess at times it can be disappointing that you can see where they are headed in terms of their relationship in the experiment, and if they’re not being accountable and reflective, it can be frustrating because you know where ultimately it’s going to end up, and they don’t see that. So it can be difficult at times. But in the same breath, I feel like I’ve given them every opportunity, and at some stage they’ve got to be responsible for themselves.

Do you feel that the show is helpful for people watching who might be starting a relationship or trying to improve one they’re already in?

I have no doubt that the show proves to be helpful for both singles and couples, which is one of the reasons why I think it has such strong viewing. Because singles can watch it and learn about what sort of person they maybe need to avoid, or red flags they’ve got to look out for. Couples watch it and learn they’ve got to change certain ways in which they’re behaving. So in a sense from MAFS you can learn what not to do. That wasn’t what we were looking to do when we first created the show, but I think over the years people have taken on board things from the way in which the participants behave, and they’ve found it strangely educational.

When you did create the show, did you expect it to be as successful as it has been?

It was totally surprising. When I first auditioned for it, it was a relationship show, a small one that was up against cooking, singing and dancing, and renovation shows. So it really was a newcomer, and no one knew how it would fare against these other types of formats. And for whatever reason it hit, it exploded. And particularly in season four it got super-sized, and from that moment on it’s really become a juggernaut. Being season 10 this year, I’m very grateful for being a part of it, but I certainly didn’t ever see this happening.

Married at First Sight returns January 30 at 7.30pm on Nine. Nine is the owner of this masthead.