The final season of the HBO adaptation divided fans like never before. Much of the discontent centred on how rushed it all felt, with too many long-awaited pay-offs cast aside or dealt with in a perfunctory manner. But it wasn’t just the plot that was rushed, everything was happening too fast. In fact, if you go back to the George RR Martin books suddenly too much of Season 8 is revealed to be almost ridiculously impossible.  Looking back, many of the seeds of the problems had already been flagged up by worried fans in Season 7.

There was a certain amount of amusement about how suddenly the basic rule of time and distance no longer seemed to apply. When Jon Snow left Grey Worm slitting Lannister throats after the sack of King’s Landing and strolled into the main square to find the very same man standing calmly next to Daenerys at the top of hundreds of stairs, there was great fun had with teleporting gags.

But this is a minor plot moment, it is far more shocking how the show makers just completely ignored how unbelievably huge Westeros really is.

Do you know how far it is from Winterfell to King’s Landing?

George RR Martin clearly describes the length of the Wall as 100 leagues, which is around 300 miles. Looking at the original maps this establishes the scale of the continent. 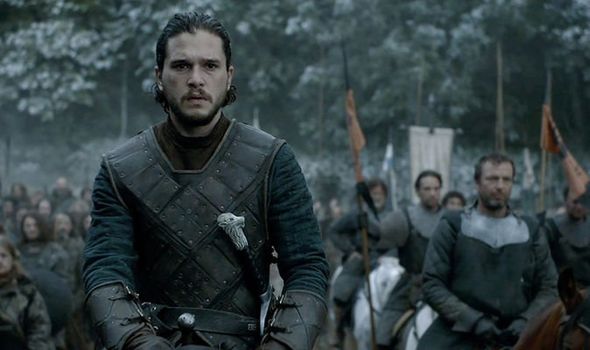 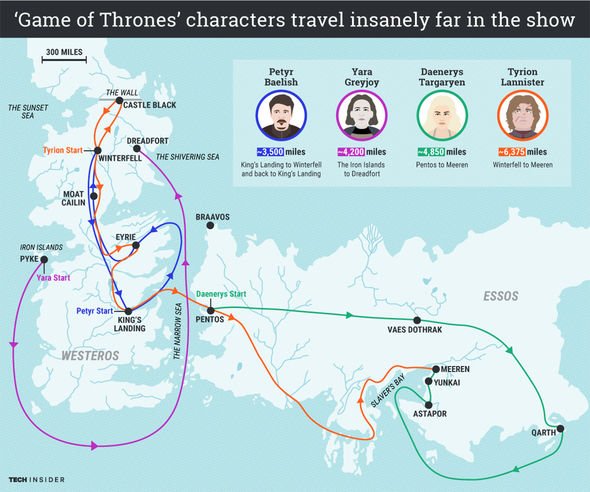 Winterfell isn’t quite as far north as most imagine, being around 600 miles south of the Wall. Even so, it is almost 1,500 miles from the Stark home to the capital city on the King’s Road.

Season One gave the impression of distance when Ned and his children made the long journey but the last few seasons suddenly had characters like Littlefinger zooming back and forth with staggering speed.

Far worse, though is the matter of the armies. We have worked out how long it would actually have taken for Daenerys and Jon Snow to march down for the final confrontation with Cersei.

Sansa had a good point when she urged Daenerys to give the soldiers some time to rest before setting out. 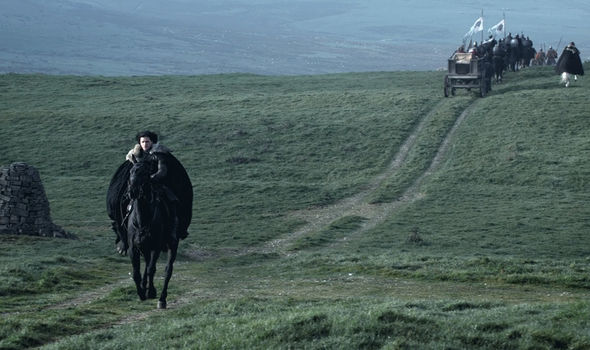 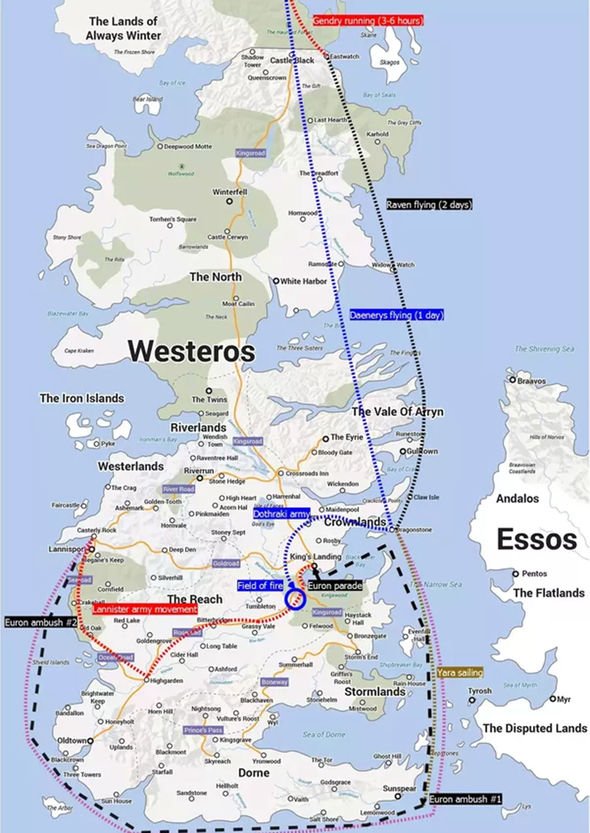 A soldier, messenger or noble on a good horse could possibly gallop 50 miles in a day – but not for the solid five weeks the journey would take at that speed. So Jaime Lannister’s honourable solo trip would have taken at least a month.

A Medieval army could typically march a grand total of ten miles a day – and that’s one that hadn’t just nearly been torn apart by undead wights.

That means realistically, the Northern army would have taken 150 days to King’s Landing, assuming they could find enough food and didn’t just collapse along the way. That’s at least five months with no days off and Northmen, Dothraki and Unsullied to wrangle and keep cooperative. Plus much of the road was barely a track.

The show completely ignored this reality, let alone the fact it made it clear that ultimately all Daenerys needed was one functioning dragon and absolutely nothing else mattered. 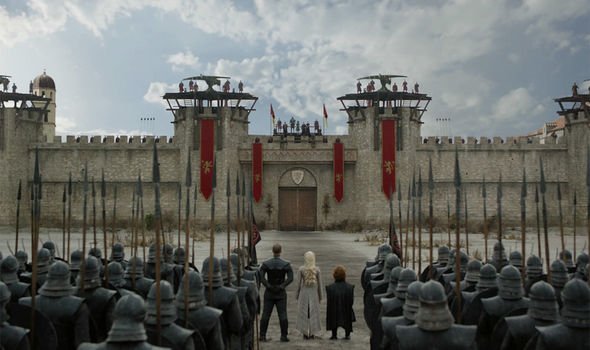 Even that impressive moment in Season 7 when Gendry dashed back to Eastwatch from the wight hunt was actually 60 miles. In the freezing, deep snow. And Daenerys flew around 2,000 miles on Drogon to save Jon and the wight hunters when the recent Targaryen source book Fire and Blood points out the dragons needed regular breaks in the past to rest and feed.

At the time one disgruntled fan joked: “I remember when it took characters an entire season to travel somewhere before they discovered teleportation off-screen.”