It was the Italian house’s over-the-top NYFW debut, and Creative Director Jeremy Scott, lover of all things kooky and kitschy, served up a baby-themed bonanza.

Taking place in the center of Bryant Park, guests were dressed to the nines, seated in tiny white chairs while guarding themselves with stylish umbrellas. (Rain persisted throughout the runway spectacle).

Models donned outfits designed to look like babe-like threads: hot pants were teeny-weeny, dresses were decorated with 3-D giraffes, squirrels and bears (oh my!), purses were shaped like plush lambs, and supermodel Taylor Hill wore an actual baby mobile as a tiara. 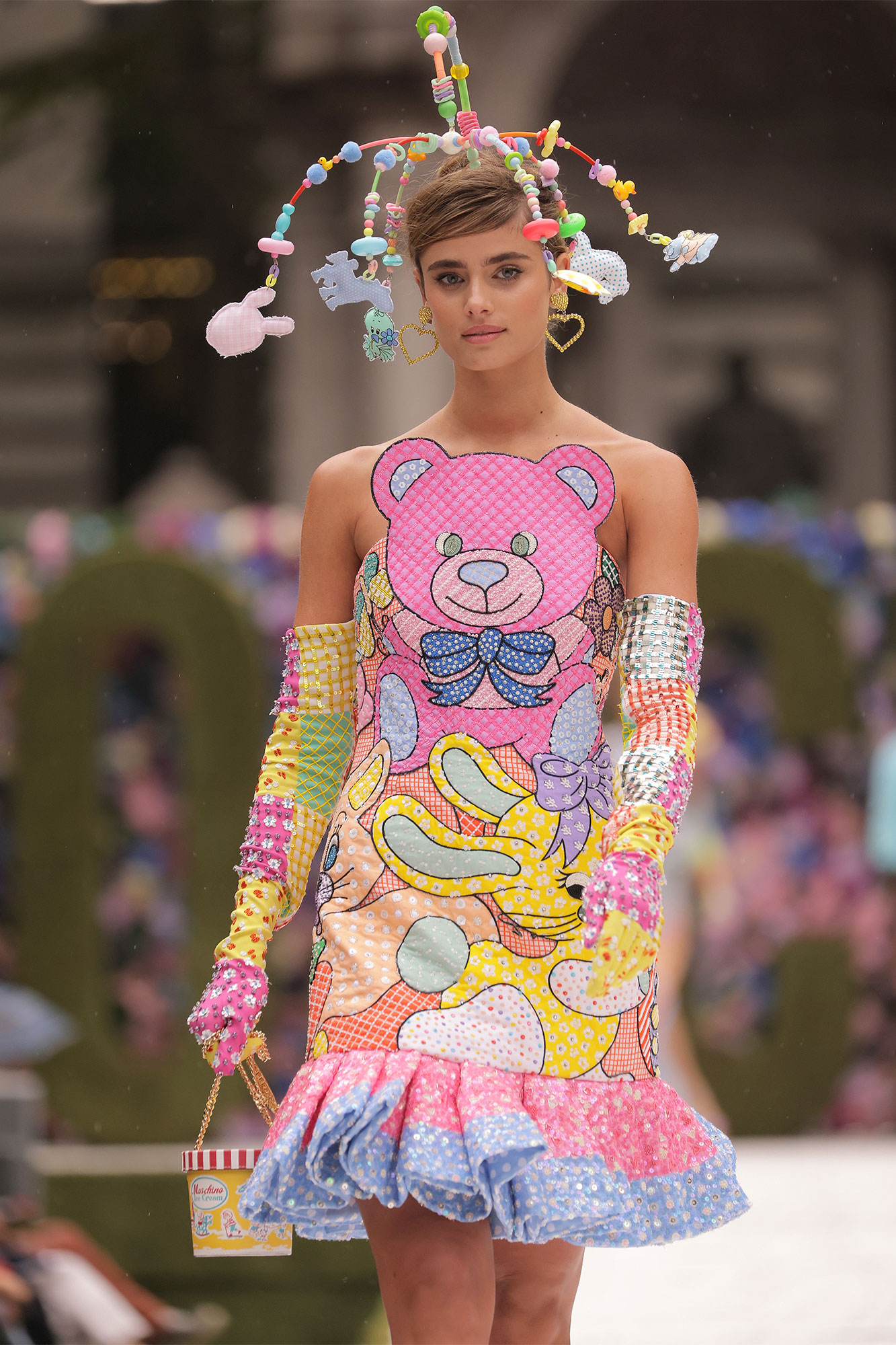 The event felt like a campy scene out of “Zoolander,” and guests including Taraji P. Henson and “Riverdale” starlet Madelaine Petsch.

Megan Fox even showed off her own version of Blue Steele, taking the show in from the front row clad in an electric azure two-piece that flaunted her figure. 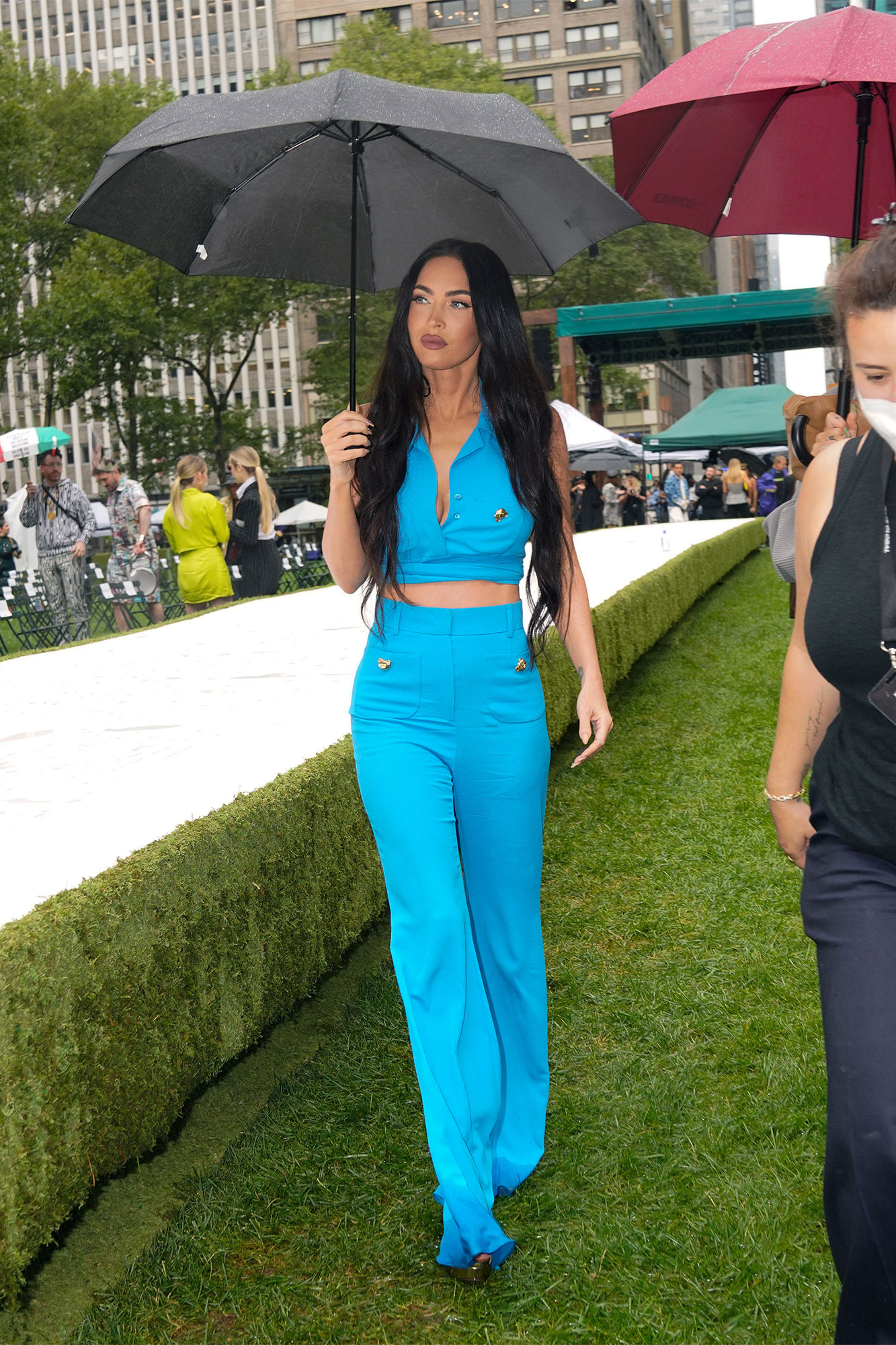