Federal MPs are pushing to ramp up parliamentary scrutiny of Chinese Communist Party influence at Australian universities as concerns grow about the sector's reliance on revenue from Chinese students and research partnerships.

Education Minister Dan Tehan on Friday announced a review of the sector's efforts to protect free speech and academic inquiry on campuses after two universities were this week embroiled in controversy over their responses to Chinese student criticism. 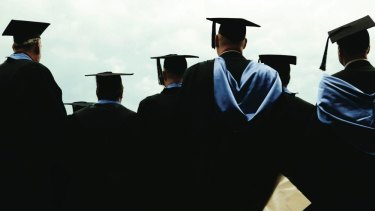 Politicians from across the major parties and the crossbench are calling for separate probes to more comprehensively examine universities’ reliance on China.Credit:Andrew Quilty

But politicians from across the major parties and the crossbench are calling for separate probes to more comprehensively examine universities' reliance on China, given growing fears about the risk to the integrity of higher education in Australia.

Crossbench MP Bob Katter welcomed the government's decision to review universities’ implementation of a model code to protect free speech and academic freedom but said it would not go far enough and the government needed to "go for the whole hog".

"I think the government may be trying to hose us down a bit by backing down from a full-blown parliamentary inquiry," Mr Katter said, predicting it would attract strong support in Parliament.

Labor senator Kimberley Kitching said there was a "pattern of behaviour here that's been emerging for some time and these incidents should no longer be seen in isolation".

"Additionally, in the wake of Beijing's national security law [in Hong Kong] and in conversations with students from Hong Kong, I have been told of systematic and deliberate intimidation and foreign influence on Australian university campuses," Senator Kitching said.

The foreign affairs, defence and trade references committee, chaired by Senator Kitching, is conducting an inquiry into issues facing diaspora communities in Australia. The committee has invited representatives of a government taskforce on foreign interference at universities set up last year to brief the inquiry, and wants submissions from diaspora students who have faced threats.

Some students from China and Hong Kong say they are afraid to speak out against the CCP in Australia, fearing intimidation and reprisal from the Chinese government. Media have reported examples of parents in China being contacted by authorities because of their children’s activities or comments in Australia.

Liberal senator James Paterson said the government's free speech review was a good start and "we'll know when it's complete whether further action is required".

Labor MP Nick Champion said the core of the problem was the government was not funding universities adequately – making them more reliant on revenue from international students – and there was a range of issues with foreign influence at universities that needed to be tackled.

"I think having a parliamentary inquiry is a sensible way of doing that, providing it is conducted by sensible people and has proper decorum and bipartisanship," he said.

Labor senator Tony Sheldon said: "An academic freedom inquiry that ignores the decline in public university funding and mass casualisation of staff will be inquiring into the symptoms, not the disease."

Other MPs were supportive of an inquiry but declined to comment publicly.

'I think the government may be trying to hose us down a bit by backing down from a full-blown parliamentary inquiry.'

UNSW faced criticism this week for its handling of an online article that expressed concern about the erosion of human rights in Hong Kong. The university apologised to staff on Wednesday for deleting a Twitter post sharing the article in response to a backlash from Chinese nationalists.

But UNSW attracted further controversy when a separate Chinese language message emerged. The message, distributed on Monday, said the university was "deeply disturbed" by the trouble it had caused some students and explained the tweet was deleted because it was misleading. The Chinese message did not defend the importance of academic freedom and concede the deletion of the post was wrong, unlike the English message to staff.

Elaine Pearson, the Human Rights Watch Australia director and UNSW adjunct lecturer whose comments formed the basis of the online article, said the university appeared to be delivering different messages to different audiences.

Asked about the incident on Friday morning, Prime Minister Scott Morrison told radio station 2GB: "I'm an alumni of the University of NSW and I think people have always got to tell the same story wherever they are."

He said "you've just got to be consistent" when managing sensitive issues and the relationship with China.

Liana He, an education consultant at UNILINK's Beijing office, said students had told her about the issue and raised concerns about UNSW listing Hong Kong as a separate territory to China on the university's application website.

She said the university's apology to staff looked "feeble and not well considered" and that education should be separated from politics.

"This incident certainly will have some impact and I hope that the school can make a proper response," she said.

Human rights commissioner Edward Santow has called for universities to “rigorously” defend free speech and academic freedom, "especially whenever our academics and students come under threat for peacefully expressing their views".

Get our Morning & Evening Edition newsletters

The most important news, analysis and insights delivered to your inbox at the start and end of each day. Sign up to The Sydney Morning Herald’s newsletter here and The Age’s newsletter here.