When Jordan Barr tried working her deep-rooted climate anxiety and existential dread into a comedy routine, she initially found it turning into a “black hole of bad, cynical, snide jokes”.

It just wasn’t funny enough. In the midst of Australia’s unrelenting fire and flood emergencies, finding humour in climate disasters, empowering and providing catharsis for audiences without alienating the vulnerable, was a tightrope. 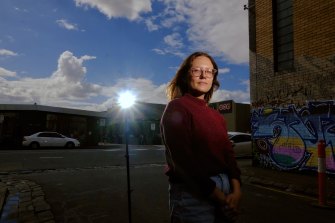 “It felt kind of disrespectful,” says the 28-year-old comedian. “There are people living with the situation, rather than me living in inner-city Melbourne, being in a crowd of people who mostly share the same beliefs as me, just w–king off in a room and then going home and being like, ‘well, aren’t we glad we’ve joked about Scott Morrison again’.”

But she was determined to get there, to get a show (called Dreams) that would draw big laughs and still tackle the issues that move her. “I like to do things that are personal to me, but [that] hopefully other people can relate to,” she says. “I like storytelling and a lot of dark humour as well. It suits me.” 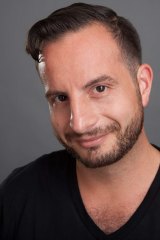 Comedy can and does tackle big, dark issues: death, discrimination, abuse, by holding our hand as we look over the precipice – and walking us back.

Barr feels a responsibility to “make people leave in a good place”.

So does fellow comedian Dan Ilic, whose decade-old climate-change podcast A Rational Fear is doing a pre-election special for the festival.

“It’s easy to be incredibly snarky and not think about folks who are victims of climate disasters right now,” he says. “We have to be extra sensitive about the kind of material we put out … we make sure we’re thinking of the most vulnerable first, we always want to be punching up”.

“Especially in an age of social media, where you are getting an uninterrupted theme of disaster and anxiety, [comedy] is just a way to find a Trojan horse to gain new information and insight,” he says.

Vidya Rajan has a routine where she reads the audience’s horoscopes, predicting their future in the climate apocalypse: “It’s like a surreal, funny way of bloodletting that [climate] anxiety,” she says.

Her festival set Respawn explores hypocrisy in herself and others – finding the comedy in our shared humanity. “I’m always trying to find my connection to it, even my flaws and hypocrisy and how it connects … like being too self-involved to actually do climate change activism, making fun of that and connecting with people that way, like being jealous of Greta Thunberg because she got famous before she was 60.

“Take the worst of yourself, and connect to the audience that way, and then you probably will find a better way into dealing with this.”

Ilic says comedy can empower as well as entertain an audience.

“It’s to make people feel good, to get people activated in a way that is meaningful, and to educate folks about where we are,” he says.

He did a show in Bega, just weeks after it was decimated by the 2020 bushfires.

“We had folks come up to us after the show at the pub, just to thank us for doing jokes about climate change and talking about climate change,” he says. “It’s something that’s been on their minds and they gave themselves permission to laugh at the world we’re living in.”

He – and Barr, and Baldwin, and Rajan – want to leave their audience feeling hope, not despair.

“We’ll try to find something to believe in, in the face of unimaginable horror,” says Rajan.

The Melbourne International Comedy Festival runs until April 24. The Age is a major media partner.