No trumpets, no fancy drum rolls. But then they didn’t need to.

The excitement of the moment was etched all across the Prime Minister’s pasty features.

For the first time in months those hooded eyes emitted an impish twinkle. The voice? It purred like a well-fed lynx.

Here was the moment he, us, the whole world, had been waiting for: A vaccine ready to be rolled out as soon as next week. Naturally, he was wary of scaring the horses. 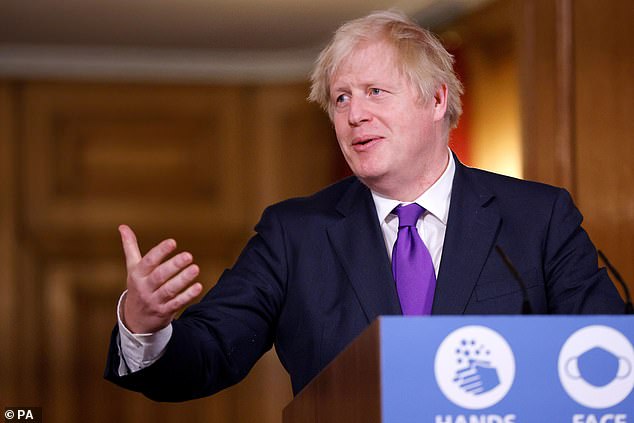 HENRY DEEDES: Here was the moment he, us, the whole world, had been waiting for: A vaccine ready to be rolled out as soon as next week

But standing at the lectern, those Cumberland-sausage fingers pressed against his folder, he allowed himself an indulgence: ‘This is a huge moment,’ he announced.

He’d prepared soundbites. Of course he had. Boris wasn’t going to let a moment like this go by without stamping his great paw prints all over it.

We heard how the ‘searchlights of science have picked out the invisible enemy’; how the boffins had found a way of turning the virus on itself in a ‘biological jiu-jitsu’.

Forget hope, we were told. We are now ‘certain in the knowledge we will succeed’.

Whisper it, but the man whose political career has enjoyed more restarts than an Egyptian cat may once again have found another lifeline.

Leading us through the complicated stuff was NHS chief executive Sir Simon Stevens.

What a tonic Sir Simon was. Suave suit. Expensive tie. He had a languid habit of keeping one hand in his pocket.

He would not have looked out of place in one of Mayfair’s more rakish establishments.

Stevens reminded us we would now be embarking on the ‘biggest vaccination in history’.

As he said this, I felt a fuzzy surge pass through me. Blimey. This was really happening.

JVT was on peculiar form. At one point he got all testy with a journalist about the complexities of storing the vaccine. 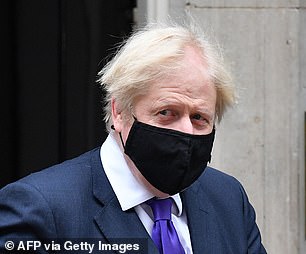 ‘It’s not a yoghurt you can just put back in the fridge,’ he huffed.

Later, he got into a minor tiff with the PM when he suggested we might still be wearing masks for some time to come.

‘Er, I’d like to get back to normal if we possibly can!’ Boris interjected. Boris versus JVT. That would be a jiu-jitsu contest worth tuning in for.

Earlier, Matt Hancock took an almost feline pleasure in delivering a statement to the House.

This too was something of a moment for the Health Secretary. For a while now he has carried with him the bedraggled air of fiasco.

Yesterday he was at last associated with success.

He announced this is ‘a day to remember in a year to forget’. How long he must have dreamed of saying these words.

He probably rehearsed them each morning in front of a wardrobe mirror, accompanied by a little thrust of the Hancock hips.

We were now entering a ‘a new chapter in the fight’, he beamed, while the vaccine represented a ‘monumental step forward’.

He looked prouder than a pig farmer whose prized Gloucestershire Old Spots had been awarded twirliest tail at the local game fair.

Labour’s health spokesman Jon Ashworth gave a gracious speech. Good for him. He’s resisted much of the back-chewing his colleagues have indulged in during the pandemic.

He and Hancock have actually formed something of a bromance.

When Ashworth suggested the pair share a public platform somewhere to encourage people to take the vaccine, Hancock offered to get vaccinated with him.

Uh oh. Hadn’t Matt already promised to do that with Piers Morgan earlier that morning? 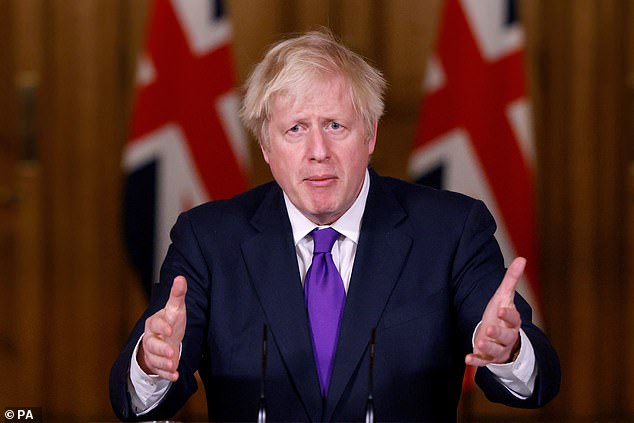 HENRY DEEDES: Boris wasn’t going to let a moment like this go by without stamping his great paw prints all over it

Piers doesn’t tend to take rejection well, particularly when there’s a decent photo opportunity involved. I sense one of his Twitter tantrums bubbling on the horizon.

Then suddenly a chill wind blew through the chamber. The SNP’s very own Doctor of Doom, Philippa Whitford, had flashed up on the screens. Brrrr.

She said she ‘absolutely welcomed’ the news of a vaccine while managing to sound about as enthusiastic as one of the ticket salesmen on the West Coast Mainline.

What misery guts those Scot Nats are. Ian Blackford couldn’t even manage a smile when discussing the vaccine at PMQs.

Oh well, at least we had a zippy intervention from health committee chairman Jeremy Hunt to jollify us.

He congratulated Hancock on scoring a ‘massive goal for the country’ while punching the air. He did this so awkwardly I thought he might totter backwards.

Mr Hunt is not usually prone to energetic gesticulations and on this evidence should probably avoid repetition in the future.

Co-ordination does not seem his thing. He looks to me the sort of doubles partner who makes you think twice about going to the net for fear of getting a ball buried in the back of the head.

Still, his sentiment was absolutely spot on. A Grand Slam achievement indeed.