Not living their best lives! Hilarious gallery shows people having VERY bad days – from a ruined breakfast to an extractor fan falling through the ceiling

From getting locked out of your house to being caught in the rain without an umbrella, everyone has bad days.

But some people’s are worse than others with these snaps, taken across the globe and compiled by BoredPanda, showing people from all over the world having a tricky time.

Amongst the most unfortunate includes one person, from South Africa, who wasn’t able to go for their morning swim because of a pride of lions in front of their front door.

While another, from the UK, accidentally used garlic lurpak instead of regular butter to whip up some chocolate brownies. 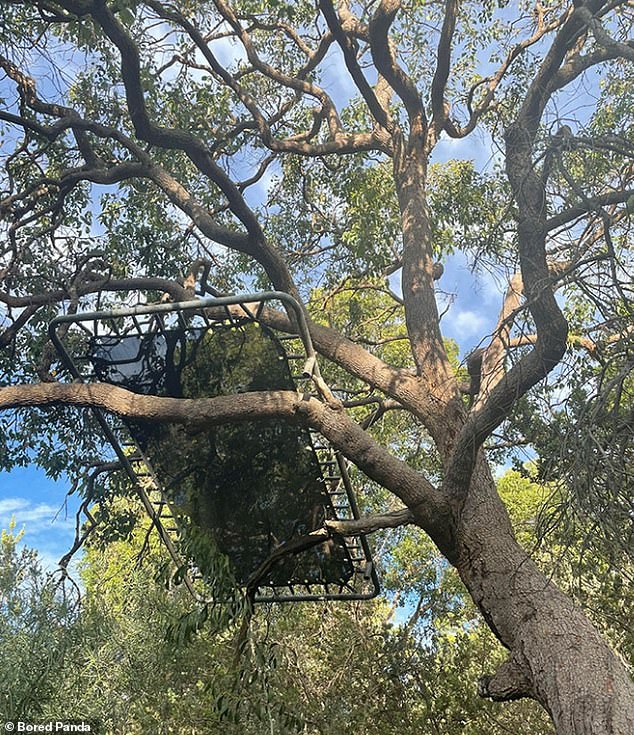 How did that happen? One user, from the US, said their trampoline ended up in a tree after their neighbour had a party 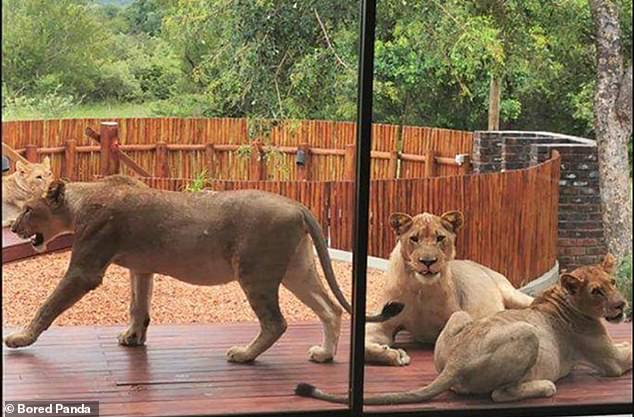 Just lion around! One person from South Africa couldn’t leave their house as a pride of lions was blocking the door 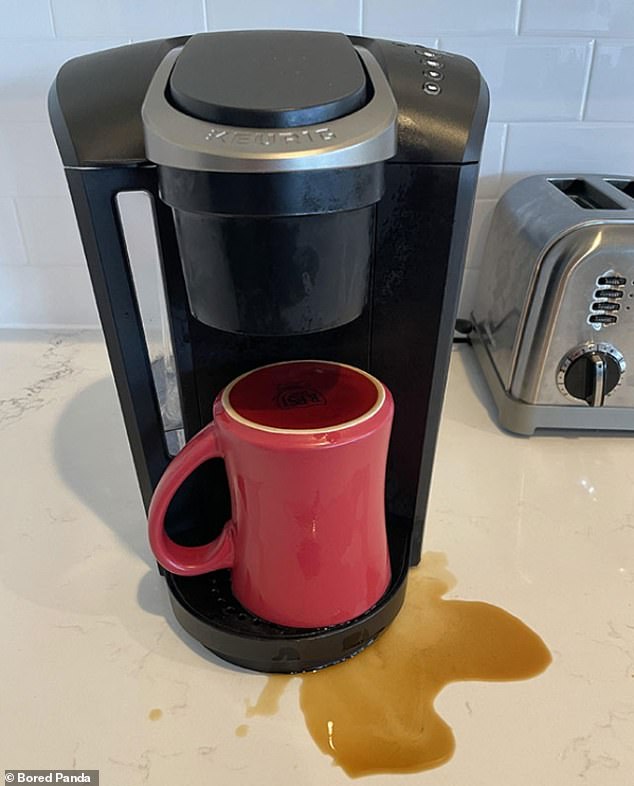 ‘I’m an idiot and my wife won’t stop laughing at me’: One user from the US, accidentally put their cup of coffee upside down 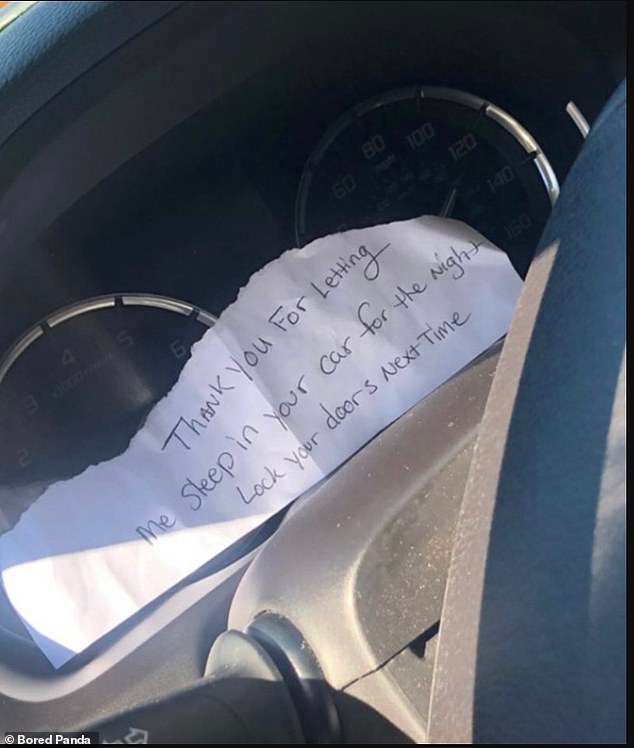 Lock your doors! Another person, from the UK, woke up to a note reading someone had slept in their car 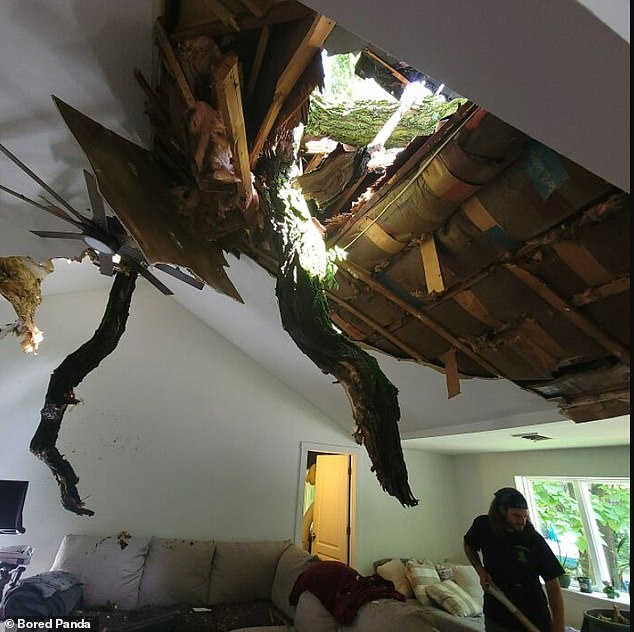 That’s a crash pad! Another person, from the US, saw a tree crash through their roof and into their living room 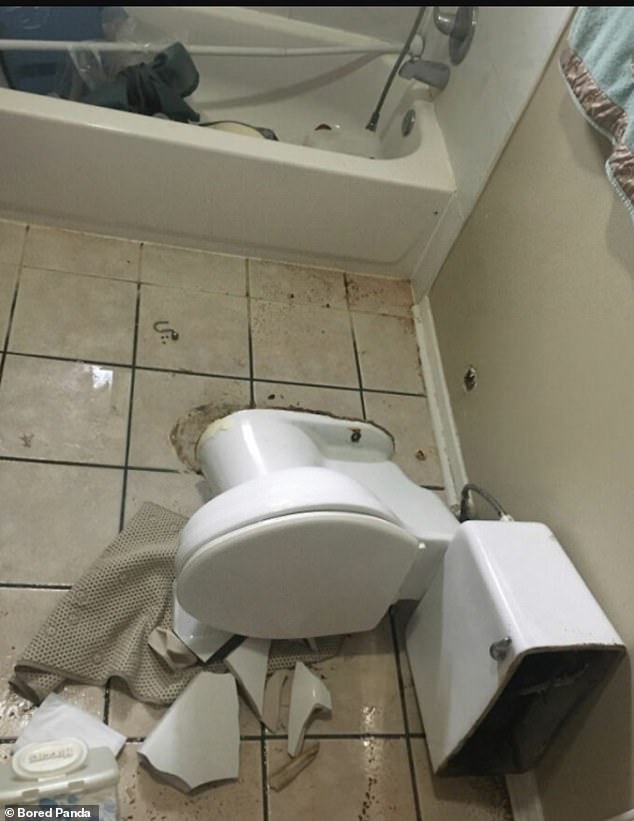 One person, from an unknown location, said they slipped in the shower and ended up knocking over their toilet in the process 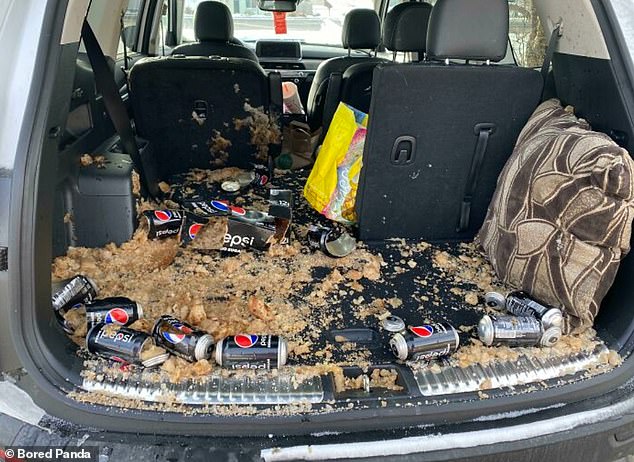 Ice cold can of Pepsi! This person left Pepsi in their car on a night where it reached -16F (-26C) leaving them to freeze and explode 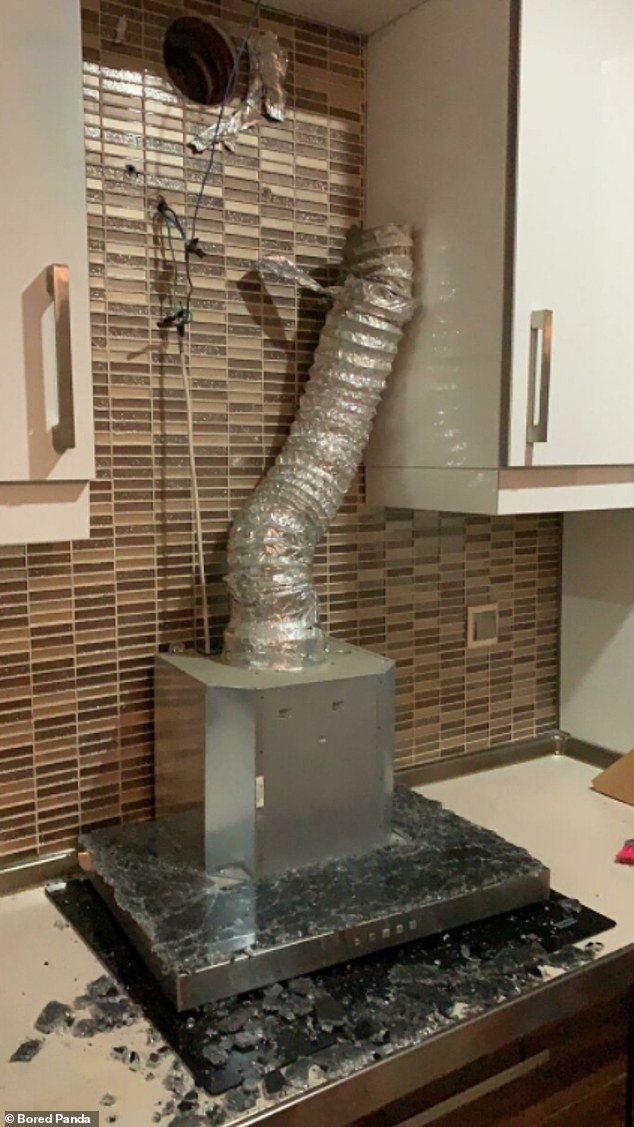 A VERY bad cook! One person’s extractor fan feel down, smashing their glass hob in the process 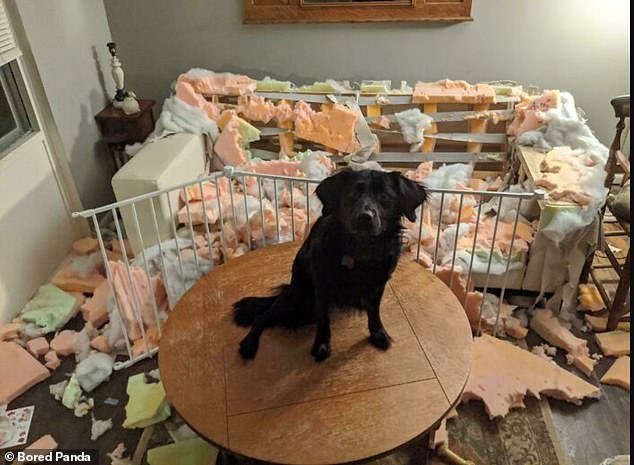 The dog ate my sofa! One person shared a snap of their dog looking innocent in front of a sofa that had been eaten 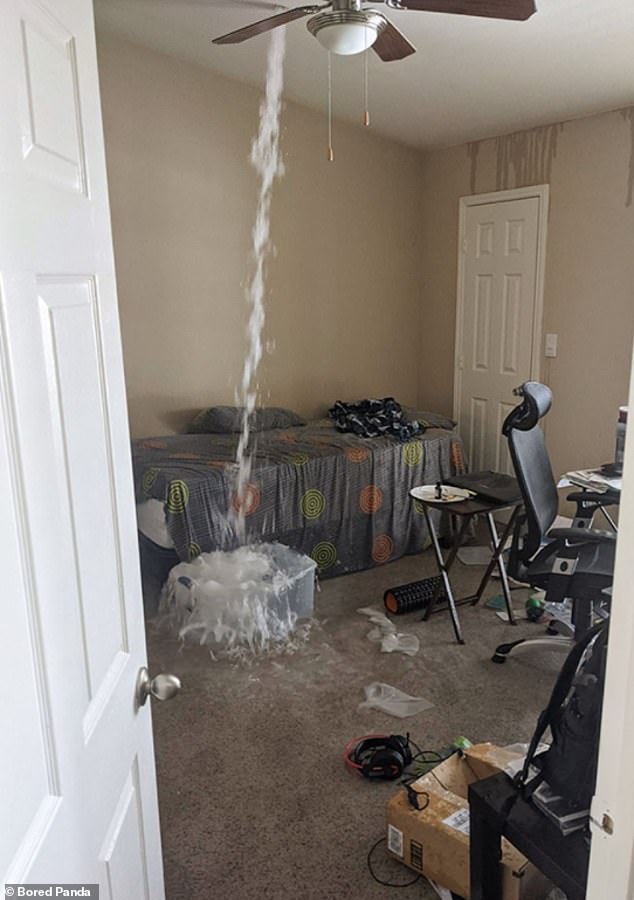 A bit of a leak! One person, from the UK, had an inefficient way to deal with their upstairs leak 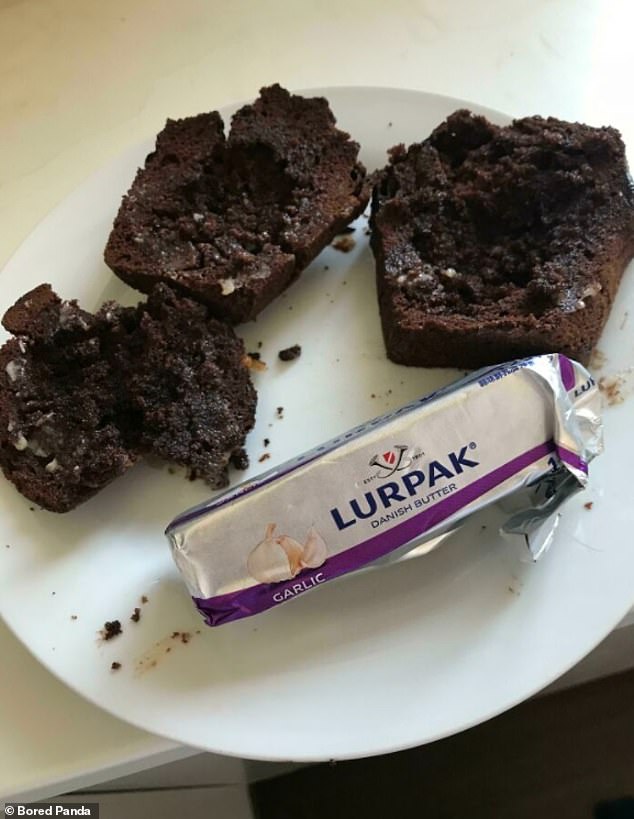 Not a better batter! One person made a batch of brownies but accidentally used garlic butter 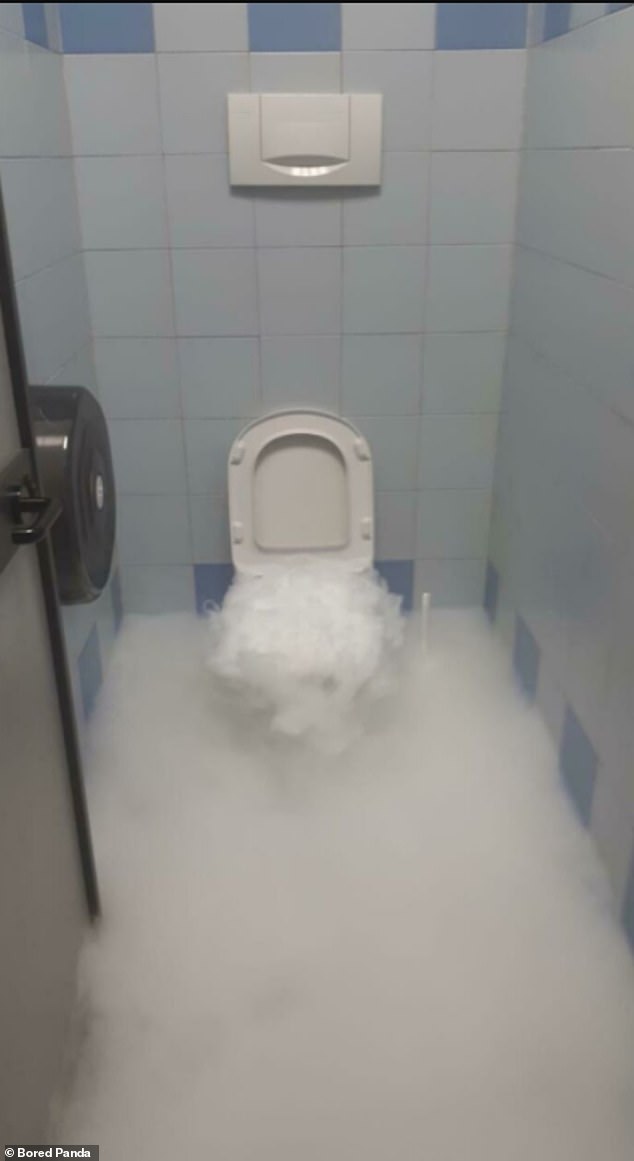 Magical toilet trip! Another person shared a picture of their toilet filled up with dry ice creating a strange effect 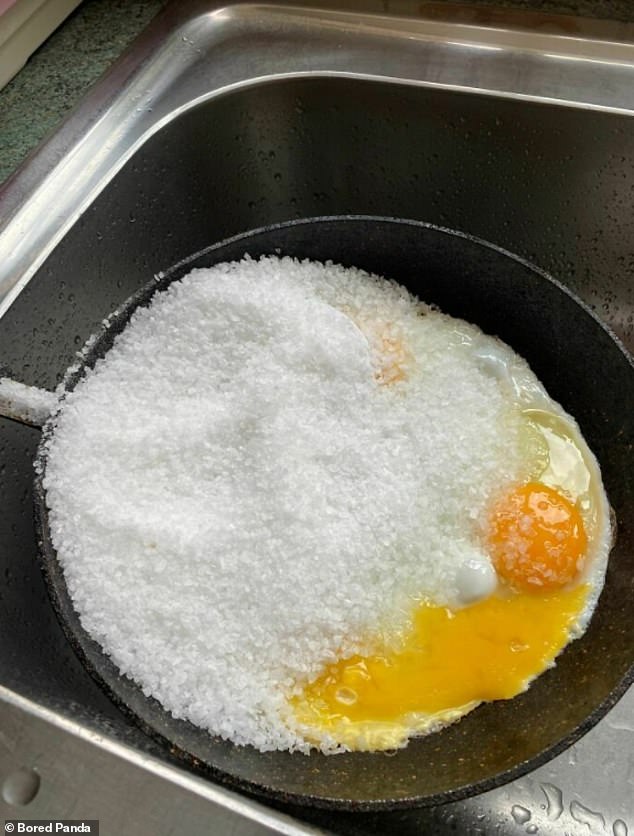 Would you like some egg with that salt? Another person shared their accidental cooking failure 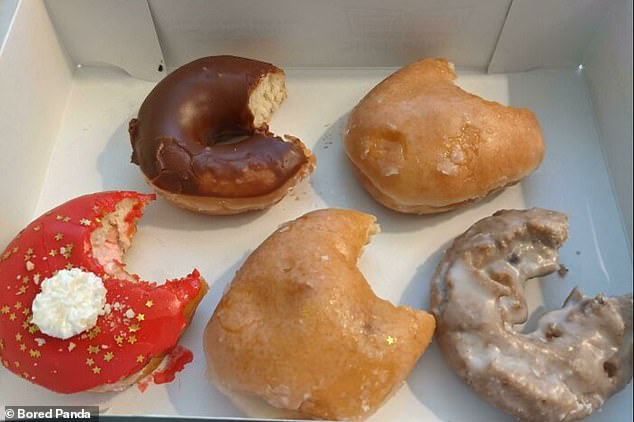