HOME Bargains shoppers are raving about a £1.19 salt and chilli pepper seasoning saying it makes the food taste just like a Chinese takeaway.

One person shared a picture of it on the Extreme Couponing and Bargains UK Facebook group, saying: "Bloody amazing this stuff is!" 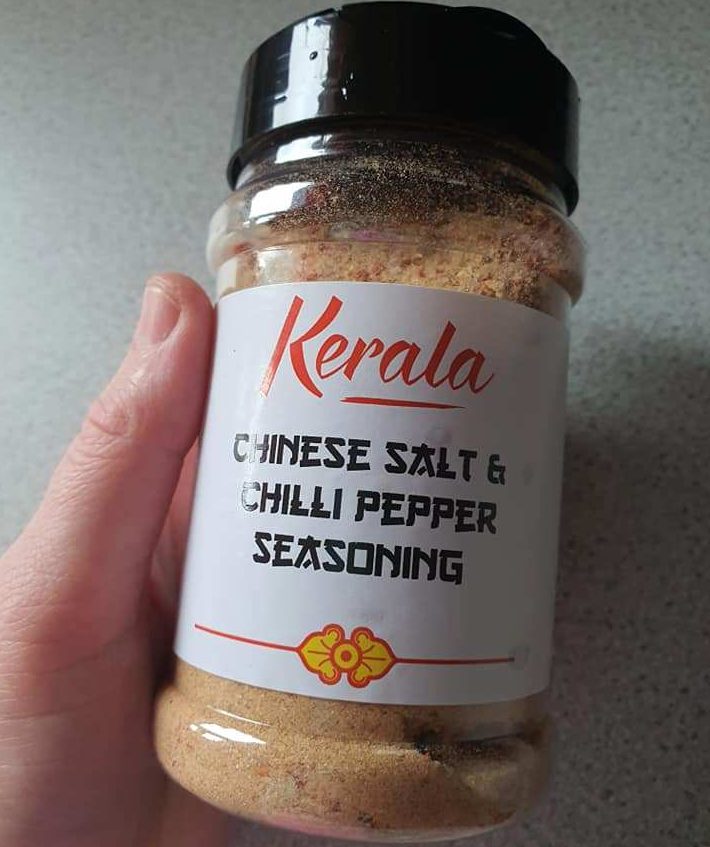 The 257g jars come with a mix of spices including garlic, chilli, fennel, ginger, anise, cinnamon and cloves.

All you need to do to get the Chinese-flavoured grub is add it to whatever you're eating.

The Facebook post has so far racked up more than 1,900 likes and 2,000 comments – many from shoppers tagging friends to go and look for the seasoning.

One person said: "I made salt and pepper chips with it last night. Was absolutely delicious! I recommend it."

While another added: "I have done this on chips didn’t think to put on chicken…. looking forward to doing this."

And a third one simply stated: "Omggggg we need it so badly."

Another Home Bargains shopper used the Kerala-branded seasoning to add some Chinese flavour to her chips in January.

She said: "I bought this stuff from Home Bargains that everyone was raving about and to be honest I didn't think it would be that good.

"I made salt and chilli chips tonight and used it and they were fab!"

This post also proved popular by racking up roughly 3,200 likes and 3,500 comments.

Home Bargains told The Sun the seasoning is currently being rolled out into all stores.

In the meantime, if you're keen to snap it up yourself, it could be worth giving your local store a ring before popping over as some shoppers complain the seasoning isn't available in theirs.

One of the shoppers told The Sun she spotted it in Home Bargains' store in Kidsgrove in Stoke-on-Trent.

Home Bargains has more than 500 stores across the UK. You can find your nearest one using its store locator tool.

We couldn't find the same seasoning up for grabs in any of the other major retailers, so you'll have to pop by Home Bargains to get your hands on it.

Or you can pick up 33g-34g jars of Morrisons' and Sainsbury's own-brand Chinese spice for between 95p and £1.

Home Bargains shoppers are also going wild for the "best washing up bowl ever", and it's £21.50 cheaper than the John Lewis one.

While fans of McDonald's curry sauce might want to head down to Tesco as shoppers say the supermarket's version tastes just like the real deal.

Shoppers are also praising Aldi's burger sauce and say it tastes the same as McDonald's Big Mac one.