I want to buy a property with my partner and we’re not married, how can we protect our shares if we split up?

What legal measures do I need to consider in the event of a split, if I buy a property with my partner? We are not married. 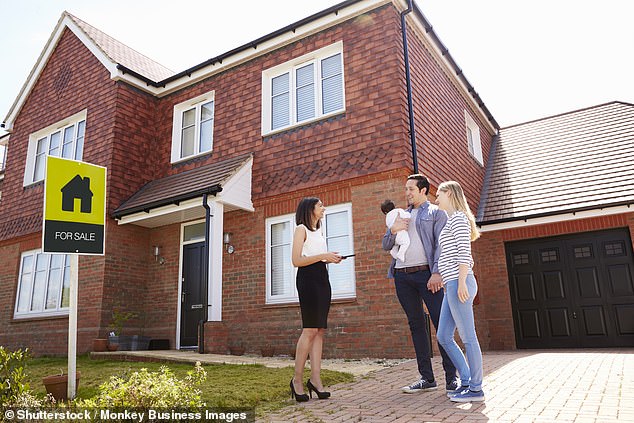 If you are looking to buy a property with a partner, it is wise to do some research beforehand

Myra Butterworth, MailOnline Property expert replies: If you are looking to buy a property with a partner, it is wise to do some research beforehand to ensure that you are financially protected in the event of a split further down the line.

There are steps you can take to ensure that you are not made homeless should a split occur, with perhaps the most important of these being making sure that you are registered at the Land Registry.

We speak to a legal expert about your options and how to set things up legally before embarking on buying a property with someone.

Stephen Gold, ex-judge and author, explains: Much more important than winning the argument over whether the bedroom walls should be painted pink or black with white stripes is getting yourself registered at the Land Registry as a joint proprietor: effectively, having your name on the deeds.

The reason for this is that, should your relationship break down, the law will treat you differently than someone coming out of a failed marriage or civil partnership.

For them, the law says that whatever is owned – whether in the name of just one of the parties or in the names of them both – should be divided fairly.

For cohabitees breaking up, the law is rubbish. But with you down as a joint owner, the profit – and, hopefully, not the loss – on a future sale will be paid out according to how much of the property you own.

Since I was in nappies, they have been talking about treating separating couples in a similar way to separating spouses – and, more recently, civil partners – but it has never happened. I am prepared to wager my law books that the law will change. Alas, not yet.

When the property is transferred to you both, the documentation will indicate the shares you each own.

If, as is most common, you own as ‘joint tenants’ this will almost certainly result in an equal split.

However, the documentation may specify different shares – particularly where one party has come up with most, if not all, of the cash being put down, or will be paying the lion’s share of the outgoings, including the mortgage instalments.

Then, the documentation will say that you own as ‘tenants in common’ and specify the shares.

Couples often decide that when the property comes to be sold, they should each have the cash deposit they put in returned to them and that, after deduction of the mortgage and the sale expenses, the balance should be equally divided.

On the other hand, there is no legal objection to one party having a one-half interest in the entire profit on sale, despite the fact that they have not made a cash contribution or contributed towards the mortgage. A test of how true is the love of the party with the dosh.

The law does recognise that a couple’s intentions about the shares in the home that they own may change over the course of time.

Thirteen years later it was worth £245,000. By then the couple had separated with the woman staying in the house and looking after the parties’ two children and paying all outgoings.

It was ruled that the parties’ intentions about shares was presumed to have changed with the woman’s interest having risen to 90 per cent. 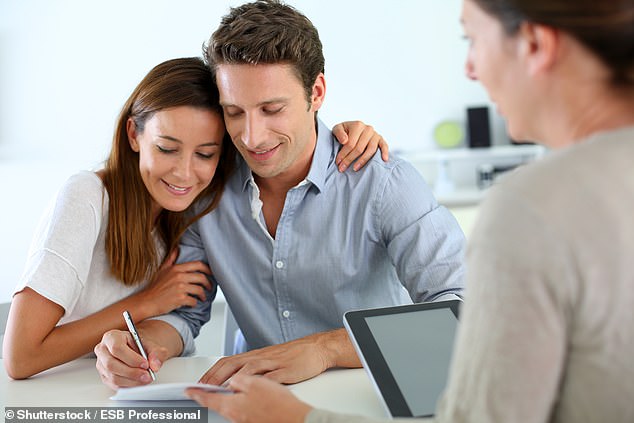 As a joint owner, the profit – and, hopefully, not the loss – on a future sale will be paid out according to how much of the property you own

Beware lies that one party may peddle

‘You’re going through a divorce right now. I won’t put your name on the deeds as this could mess up the financial case between you and your hubby.’

Or ‘as you’re not yet 21, you’ll have to stay off the deeds for the time being.’ And even ‘the building society say that the flat must be in my sole name as you’re not working.’

These are the sort of lies that one party may peddle to the other as an excuse for keeping their name off the deeds. 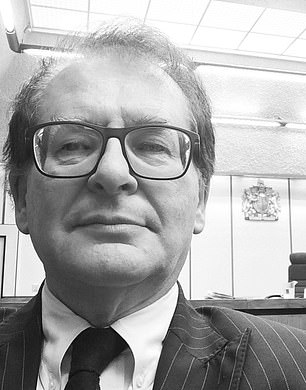 Stephen Gold is a retired judge and author

Courts have been known to treat them as the truth, and so use them as evidence that the liar actually intended the other party to have an interest in the property.

So you see, the fact that your name has been left off the deeds does not mean that you cannot successfully claim an interest in the property.

You would need to prove that you both intended you should have an interest – there was an agreement or understanding between you to this effect which could even have come about some time after the purchase – and that you acted to your detriment in the reasonable belief that you were acquiring this interest. It is known as a constructive trust claim.

A financial contribution towards the purchase price or repayment mortgage instalments, or carrying out or bearing the cost of substantial improvements would be good evidence of an intention that you should have an interest and of you acting to your detriment.

Get it in writing

There is nothing to legally prevent your partner adding you as a joint owner even when you were originally left out.

‘You have been abusing me for years. I’m off unless you make me a joint owner in the house now.’ I’ve heard of that one more than once. A share in the property can be transferred over, although the mortgage lender’s consent will probably be required.

Alternatively, your partner can sign a document – a ‘declaration of trust’ is what all the best lawyers call it – in which they make it clear that they now regard you as a joint owner and the amount of your share.

Best to have a lawyer deal with it and the step to be taken at the Land Registry, to ensure they cannot surreptitiously sell or mortgage the property while you are out doing the shopping.

Should the property go into joint names, the couple may want to have a trust deed drawn up which dictates a variety of things such as how they will contribute towards the mortgage, and what would be the impact on their share in the event of them financing major works of improvement.

Yes, it does sound painful but it could be pleasurable. This is the title of another legal argument that can be put forward when you are off the deeds.

You can score here if able to prove that your partner made a promise to you about the property – commonly, it’s that you could live there for as long as you wanted – which you relied on to your substantial detriment and that your partner has acted in a morally unacceptable way.

For example, take Mr T, who was cautious and guarded. He told Mrs B that he was against marriage but that she and her two young daughters would always have a home and be secure in the Droitwich house he was buying in his sole name.

On the strength of that she gave up her tenancy in Manchester, shelled out around £4,000 towards the new house and she and the girls moved in.

Around nine years later, the relationship was over and she and the girls were homeless. Mr T had broken his promise, which was unconscionable. She was awarded £28,500 reflecting what the money she had put into Droitwich and Manchester was worth when her case was heard.

When there are children

If you have children under 18 by your partner and you are their carer, you will want a roof over all your heads. But say you are not on the deeds and none of the delightful arguments I have mentioned are available to you, what then?

A court application can be made under schedule 1 to the Children Act 1989. Your partner could at least be ordered to make the home available for occupation by you and the children, with your partner out of it, while the children are completing their education – up to first degree – or make available another property they may own, for the same purpose.

You will find more on financially protecting yourself before and during cohabitation from the standpoint of both parties, plus making a claim against the estate of a partner who has died without making provision for the survivor in my book ‘The Return of Breaking Law’.

Stephen Gold is an ex-judge and author of ‘The Return of Breaking Law’ published by Bath Publishing. For more on service charges, go to breakinglaw.co.uk