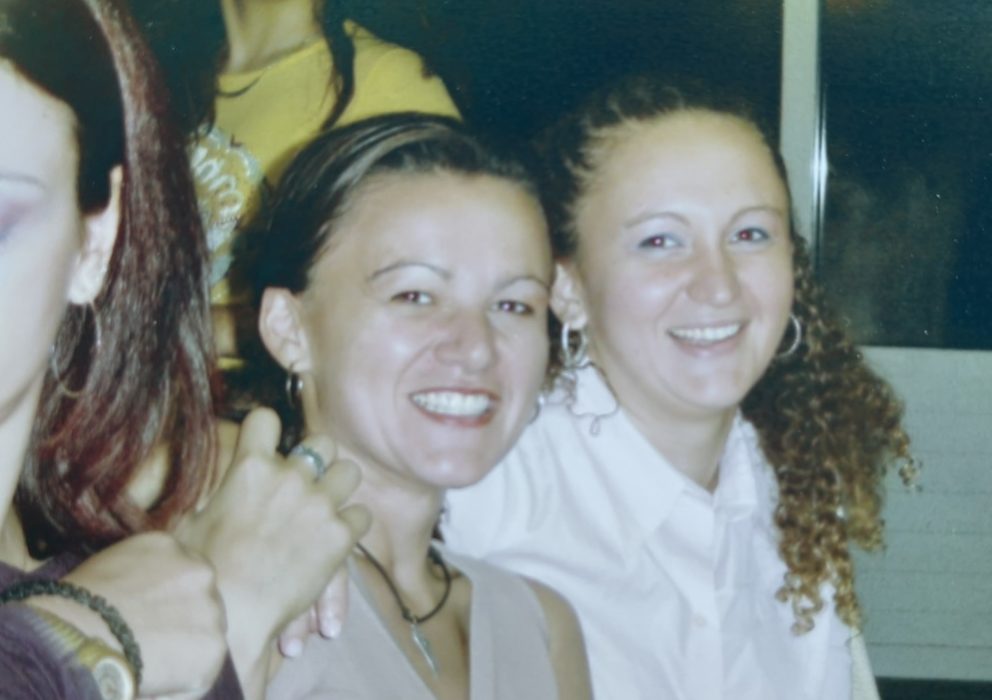 As soon as my mother called me to say my sister, Mary, had been diagnosed with leiomyosarcoma – a very rare and aggressive cancer – I felt numb.

Immediately, and without anyone explicitly asking, my instincts kicked in so I leapt into action to be by her side.

Supporting my 38-year-old sister and the rest of my family became my one and only priority – to the detriment of my own family life and business. Unfortunately, it would also lead to my burnout and depression.

In the months before my sister’s diagnosis in 2014, she noticed that she was suddenly losing weight. At the time, she was going through a divorce and juggling raising two kids, so she didn’t think too much of it.

Though, when it persisted over a few months and became rapid weight loss, she decided to go to the doctor to get some tests done. That’s when they found out she had a sarcoma and she was absolutely devastated.

On the same day as Mary’s diagnosis, I rushed to be with her and was there to support my sister by that evening. At the time, I believed I could save her and that was an incredible amount of pressure that I unknowingly placed on myself.

Within that first week, she had surgery to try to remove the sarcoma. The day of the operation was one of intense worry, but I nervously waited at the hospital with my aunt and a few friends, while my mother looked after Mary’s children at home.

The sarcoma was removed and then the race to find the best treatment and doctors started.

Over the next few weeks, I felt pressure to take on the role I’ve always had in my life – the one of the perfect child with all the answers. By day, I’d take Mary to crucial appointments and by night, I’d research treatments, specialist care and reach out to any contacts I knew that could potentially help.

I was reading books about her illness and constantly talking about all the ins and outs of my sister’s condition with everyone. When Mary was too tired because of her illness and treatment, sometimes I’d meet with doctors alone on her behalf.

My mum would often say, ‘Thank god we have you’. This only reinforced the pressure I felt to be a saviour to my sister, but to also shield the rest of my family from the harsh reality of the situation – that she might die.

I wasn’t sleeping or eating properly, so I was absolutely exhausted. I also wasn’t really spending time with my own family, so my husband was taking on most of the cooking, chores and child-minding. This caused a strain on my relationship and I felt quite detached.

Around three months after Mary’s diagnosis, she settled on a treatment plan she was comfortable with. It was simple – she didn’t want to travel too far from her children, so she opted for local care.

Once she’d made this decision, I felt like I could finally take a step back from being the point of call for Mary’s care. That’s when the adrenaline that I had been running on for the last three months ran out and everything suddenly hit me.

I found myself lying in bed on a sunny day and just couldn’t get out from under the covers. I didn’t have any energy left and I felt completely broken.

Now that Mary had a plan in place, I knew I needed to do something about my own mental health so I called a contact I knew who was a psychotherapist. ‘I need help and I don’t know what I’m doing wrong,’ I exasperatedly told her.

She simply listened to everything I was feeling and calmed me down. She also suggested group therapy to help me talk about what I was going through with people experiencing the same thing.

This is exactly the support I needed.

It’s through this form of therapy that I began to unpack why I felt the need to try to save my sister – to the detriment of every other aspect of my life. I started questioning why my immediate instinct was to drop everything – without being asked – and run to my sister’s side.

Therapy helped me to see that this was a pattern I’d developed throughout my life. Because I was the eldest child, I felt like I needed to be the protector in the family with all the answers.

But placing this much pressure on myself was just leading me to burnout and depression. It was only by stepping back from the situation and letting my family bear some of the responsibility I had taken on that I truly started to have control of my life again.

This realisation actually ended up being beneficial for Mary and the rest of my family in the long run, too.

In the years after my sister’s diagnosis, I was able to let go of the pressure I felt to save her and just work on enjoying our relationship. So when she’d come to visit me, instead of refusing to do things like serve her alcohol because I didn’t think it would help her recovery, I just poured her a drink and we’d laughed along while we spent quality time together.

I’m proud to say that our relationship was the strongest it ever was during this time. Of course, Mary had good days and bad days – towards the end, it was mostly the latter.

In 2019, the disease had spread throughout her body and she had huge cancerous lumps everywhere. For the last couple of months of her life, she was in hospital – in and out of surgery to try to remove the growths. It was heart-breaking to see.

Then one day, she lost consciousness and the doctors told us there was nothing more they could do to help her – they could only try to make her as comfortable as possible.

I went to visit Mary on a Sunday evening, but about 10 minutes before I arrived at the hospital, she passed away. The nurses escorted me through to her to say goodbye and I just knelt down and sobbed because my legs didn’t have the strength to hold me up.

Losing your younger sister is immeasurably painful. In the years after her passing, I was thankful for the moments we had together – especially in those later years when we could just enjoy being sisters.

Getting rid of the belief that I could fix everything was invaluable when it came to processing Mary’s death and accepting what happened.

The main lesson I learnt throughout this process is that even if something big happens in your life that shakes you to the very core, you should always put yourself and your mental wellbeing first.

If you don’t do this, you won’t be in a position to help anyone else. That’s a lesson I learnt the hard way.