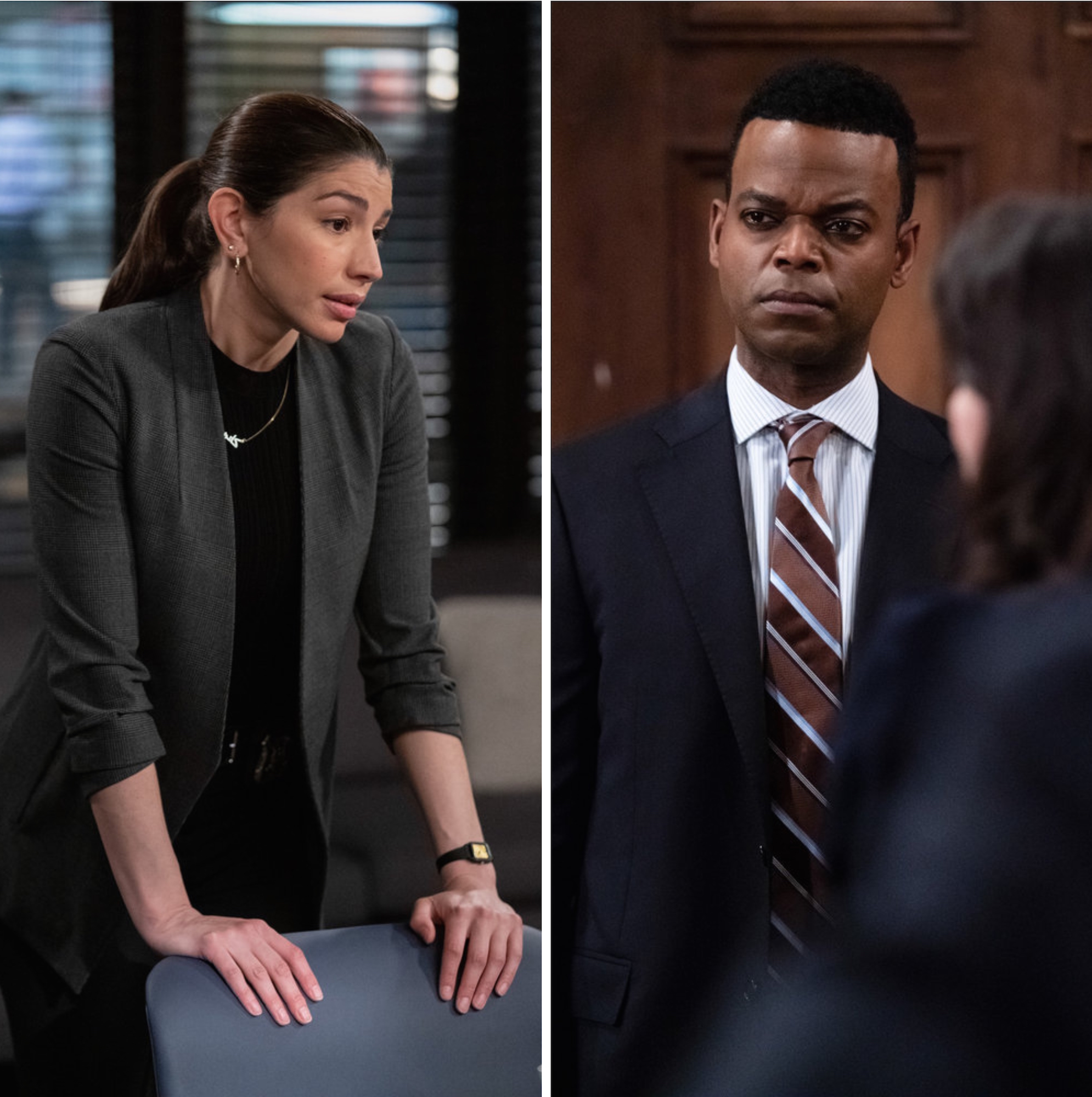 Not an amicable split. Jamie Gray Hyder reacted to the news that she and Demore Barnes will be leaving Law & Order: SVU.

On Saturday, September 4, Hyder, 36, reposted the Deadline story about the exits, sharing a statement of her own. “Kat’s outta the bag… #SVU23 Just got a lot less colorful,” she captioned the tweet.

Shocking TV Exits Through the Years

The actress then wrote a more lengthy statement. “It is with a heavy heart that I confirm Kat’s departure from the squad room. The decision was made above my pay grade, and wouldn’t have been my choice. But hey – that’s show biz for ya,” she wrote. “To anyone who felt represented by any part of Kat’s being or mission, please know that you will always have representation in me. Thank you to the SVUniverse for welcoming me with open arms. it’s been an experience that I have grown from greatly and will never forget.”

The True Blood alum joined the series in 2019 and became the first LGBTQ officer on the show and the second main LGBTQ character since season 12.

Stars Who Left ‘Law & Order: SVU’: Where Are They Now?

Hyder’s character subtly came out during an April 2020 episode.

“I think that kind of bringing it up in this very casual way is important because it doesn’t need to stand out. I think by it not totally standing out to the members of the squad, it really will help the community with acceptance when it comes to that community,” the actress told E! at the time. “Because sadly in the last year, the support for the LGBTQ community has eroded. You can see it in statistics and in surveys. It’s scary and it’s sad.”

The Graceland alum added, “I think that now is a better time than ever to present a member of this community in a way that reminds you that we’re all the same and that we’re all human beings.”

Barnes, 45, also joined the series in 2019 and became a series regular ahead of season 22. He reposted the Deadline story, writing, “Try as we may, there is never a good time for any of us to bare, or receive bad news. Just prior to filming my final day on the show, my wife and I learned of the death of her dad. So, I will take a few days to prepare my personal statement regarding the show’s recent news. Meantime, while my family is all the more acquainted with the loss of our loved one, my heart and thoughts are closer to many of you who have, or are currently navigating loss in any of its forms.”