Things are heating up on this week’s ‘Jersey Shore’! In this EXCLUSIVE sneak peek, the roommates learn a lot about each other while playing a game in the Poconos.

While filming this season of Jersey Shore amidst the coronavirus quarantine, the show’s cast members did just about anything to entertain themselves. In the upcoming July 29 episode, the group’s trip to the Poconos continues, and the nightly activity leads to some secrets being filmed. HollywoodLife has an EXCLUSIVE preview of the group playing the Bae Game, which is essentially a version of The Newlywed Game. The cast members all pair up with their significant others to see how well they know each other.

“Bae Game is making me nervous,” Jenni “JWoww” Farley admits. “I’ve only been in this relationship [with Zack Clayton Carpinello] for two years. Deena [Cortese] and Mike [“The Situation” Sorrention] have been in [theirs] for YEARS. Angelina [Pivarnick] and Chris [Larangeira] have been together for a while, but she filed [for divorce], so how well does she know him? Saffire [Matos] and Ron [Ortiz-Magro] haven’t really been together. Pauly [D] has a side piece [Vinny Guadagnino]. So, we have a chance. A small chance, but there’s a chance.” 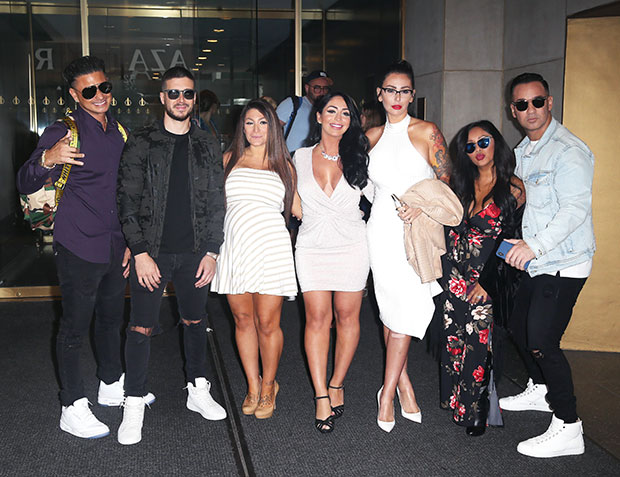 The first question the group is tasked with answering is what their partner’s favorite sex position is. All of them are successful in matching their answers, aside from Vinny and Pauly. Luckily, Pauly and his actual girlfriend, Nikki Hall, get a perfect match!

Meanwhile, Deena’s husband, Chris Buckner, takes things to the next level by actually drawing a diagram of what his favorite position is. Although Deena is worried that the host won’t be able to tell what the picture is of, Chris’s stick figure portrait does the trick and gets the message across. 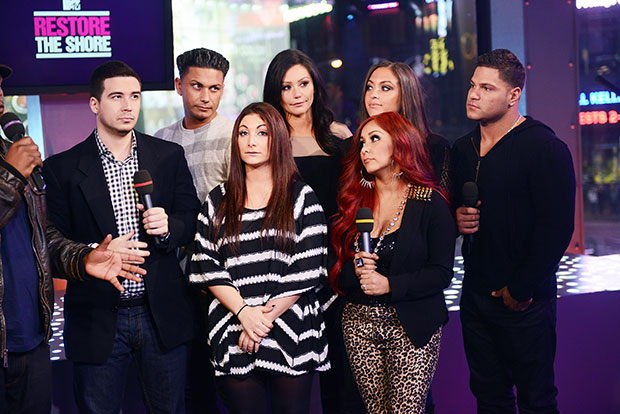 The fun continues when the next episode of Jersey Shore: Family Vacation airs on July 29 at 8:00 p.m. on MTV. The episode will also feature Ronnie’s new girlfriend, Saffire, getting to know the other ladies during a girls’ night at the Poconos resort.