Journalist who grew up in Windsor recalls how the ‘kind’ Queen whipped out a handkerchief to wipe blood from his knees when he fell off his bicycle and told him: ‘Don’t worry, it’s just a scratch’

A journalist has recalled how the ‘kind’ Queen wiped blood from his knees after he took a tumble near Windsor Castle when he was a boy.

Journalist Paul Thomas grew up in Windsor and was friends with the children of some of Her Majesty’s members of staff.

Speaking on This Morning today, he recalled how the kind Queen whipped out a handkerchief and wiped his knees after he fell off his bike when he was eight years old.

He also revealed that around the same time, he was ‘sniffed’ by one of the Monarch’s Corgis, which made her giggle.

Years later, when Thomas met the Queen as a reporter at a reception following the Queen Mother’s death in 2002, the journalist said the Sovereign remembered him and joked he knew his way around the Castle’s grounds. 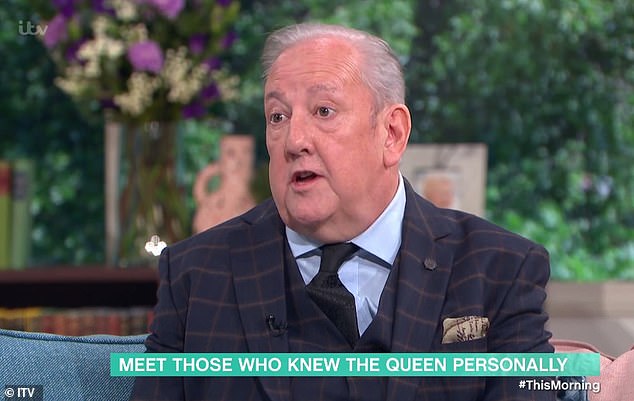 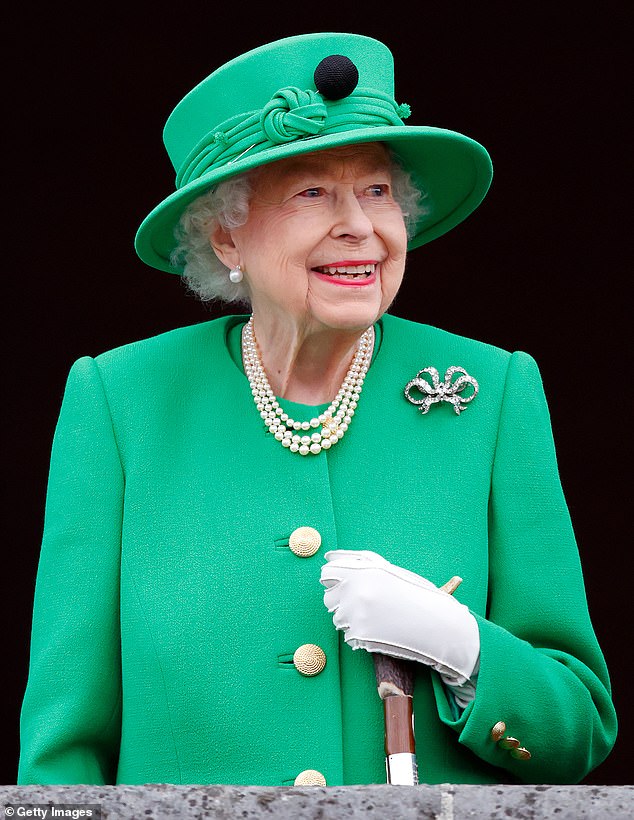 ‘If you’re born and bread in Windsor, you grow up with the children of people working in the royal household or the cavalry, or the infantry, because of course we’re a garrison town in Windsor as well,’ he explained.

‘So I was running my bicycle around Windsor Castle with a friend but ran down a hill too fast on the gravel, tried to take the horse halt at too fast a pace and I came off.

‘It took the skin off my knees. I was in dreadful trouble and crying, but looked up and all of a sudden there was this very kindly face who gently took out a handkerchief and wiped the blood off my knees.

He added that the late Monarch told him: ‘Just a scratch, there, there, it will be better. She grabbed my arm, helped me up and that was it.’ 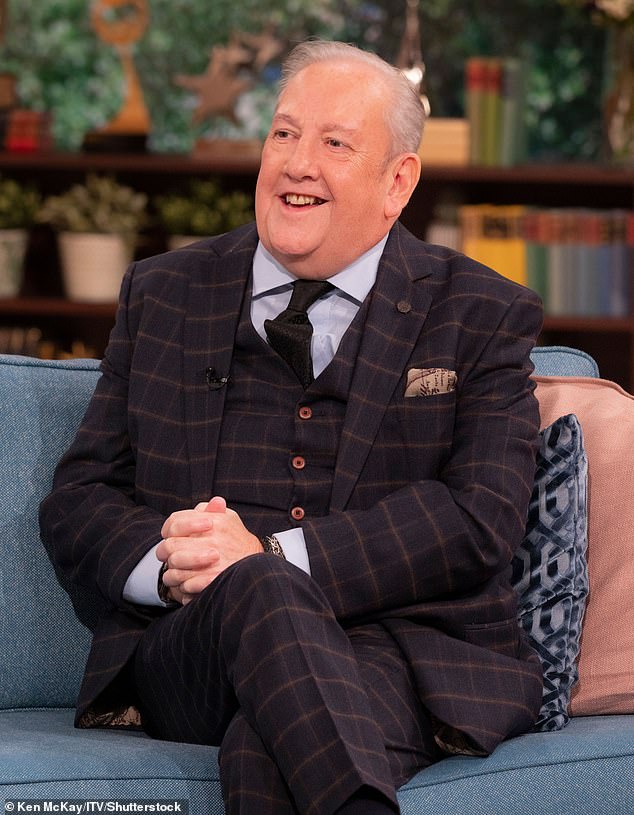 He also added he had a fun encountered with the royal Corgis ‘roughly at the same time as well.’

He revealed he had been playing around the Castle ground with a battery operated Tommy gun and that his play took him near the Queen’s private apartments.

‘All of a sudden I found a nose up again mine. and there was a Corgi sniffing around and a pair of ankles approaching saying “are you having fun”,’ he added.

Thomas revealed he simply replied ‘yes’ to the Monarch’s query, which amused her, and she ‘giggled and just walked off, after a bit more sniffing, so did the corgis.’

As Paul Thomas’s career in journalism took off, he revealed he was invited to a reception at Windsor Castle a month after the death of the Queen Mother in 2002. 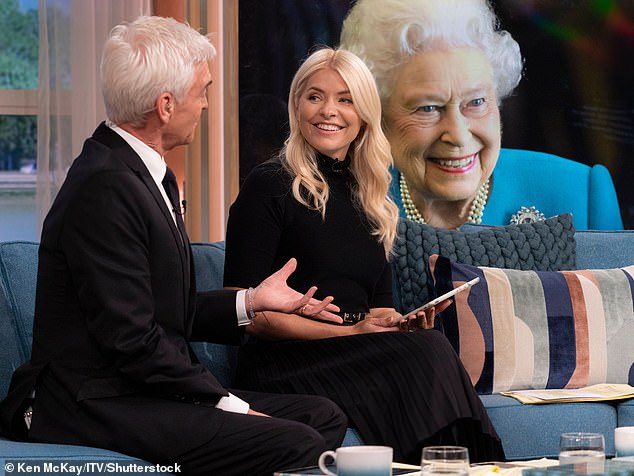 ‘I was tapped on the shoulder by a military type who then asked me to turn around. And there she was,’ he said.

He said the Monarch told him ‘I’ve been looking for you,’ to which he replied: ‘It’s a very big place but you seem to have found me,’ he added.

He added that the Queen said: ‘Yes, I think you know your way around, don’t you,’ in a nod that she had recognised him from his younger years.

‘We managed to get on to another subject of conversation and she thanked me for the coverage of her mother’s death, which I was really proud of, I had a great team around me in those days,’ he continued.

‘What people don’t know or don’t realise about the Queen is that she does keep – and I also say this about King Charles as well – they do keep in contact with individuals.

‘And it’s that individual care that I think is resonant, passing from the late Queen to King Charles III.’

Tributes for the Queen have been pouring in since it was announced she died last Thursday in Balmoral.

Yesterday, Mike Tindall paid a touching tribute to the Monarch, sharing an illustration of a corgi weeping next to a crown.

Throughout her historic reign that spanned decades, one constant in the Queen’s life was always her unwavering love for her Corgis, so much so the pets have become a symbol of British royalty around the world.

And the husband of Princess Anne’s daughter Zara Tindall, 43, posted the picture yesterday depicting the Queen’s beloved dog breed as the UK, Australia and the world mourns the monarch’s passing.

The picture was drawn by artist Danielle Davis, who shared the illustration on her Instagram page @danielled.art, days ago.

The former England Rugby pro, who met the Queen’s granddaughter in a Sydney bar in 2003, previously said he thought the monarch was ‘unbelievable’ and people believed she was ‘invincible.’

His post came after his wife Zara was seen joining her mother Anne to look at floral tributes in Balmoral following the Queen’s death at the estate on Thursday. It is not known if Mike joined the family at the estate.