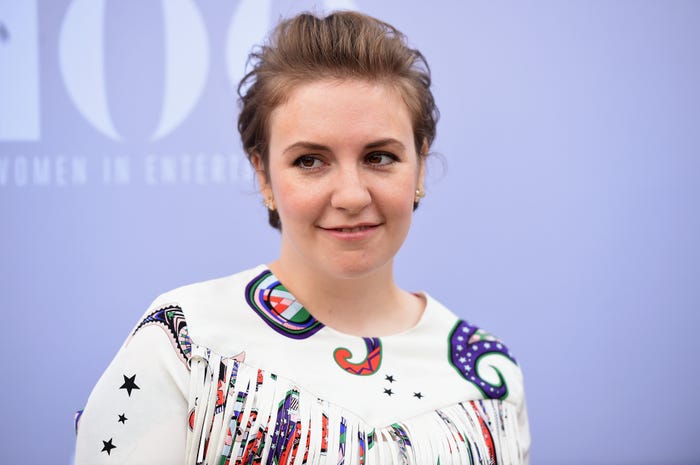 Actress Lena Dunham — who has been open about her health issues ranging from endometriosis to addiction — is speaking out about a failed IVF attempt that she underwent earlier this year, and how it was the end of her quest to become a biological parent.

Dunham wrote for Harper's Magazine about her long-standing desire to become a mother. She originally thought that the possibility of becoming a biological parent was lost when she had a hysterectomy that removed her uterus, cervix and one ovary.

After that procedure, a doctor told her that it would still be possible to harvest eggs from her remaining ovary. Those eggs could then potentially be placed in a gestational carrier so that Dunham could have a biological child.

In her essay, Dunham discusses her journey into the online IVF community.

"Once you're inside, you learn the customs," she wrote. "Celebrate when you start a cycle. Pray as you end it. Save any leftover medication for the next cycle, which is not only possible but probable. Brag: You gave yourself your own injections while your partner was golfing. You screamed at only one co-worker this week, and frankly she's had it coming for months."

She recalled bringing her father to an IVF appointment, where the doctor said, "All right, sir, let's make you a grandpa."

However, a pregnancy wasn't in the cards. Dunham had five eggs harvested, which would be inseminated with donor sperm. Five of them didn't fertilize, and the one embryo that was created had chromosomal abnormalities.

"It was hard to understand that they were gone," Dunham said, describing the pain of both telling her parents and her body lactating because of the IVF hormones.

Despite the heartbreak, Dunham said that the experience made her more confident than ever in the decision to become a mother.

"The irony is that knowing I cannot have a child — my ability to accept that and move on — may be the only reason I deserve to be anyone's parent at all," she wrote. "I think I finally have something to teach somebody."

Dunham told People that she spent some time in therapy processing the fact that "we don't all get what we want."

"Whether it's adoption or foster-to-adopt, I love the idea of becoming a mother in the way that's right for me, and I'm committed to it," she said.

She said that her time spent in therapy and rehab are preparing her to be the best mother she can.