Will you accept this public appearance?

“Bachelor” couple Matt James and Rachael Kirkconnell — who are back together after a rocky and controversial split — made their red carpet debut at the ESPY Awards on Saturday night.

The couple made their outing a splashy one — with James, 29, wearing a double-breasted plaid suit and sunglasses and Kirkconnell, 24, striking a pose in a very low-cut sheer black gown.

James, the show’s first black “Bachelor,” revealed in March that he’d broken up with Kirkconnell after photos of her at a plantation-themed college party popped back up online.

“If you don’t understand that something like that is problematic in 2018, there’s a lot of me that you won’t understand,” James said on the “After the Final Rose” special. “I stepped back and let her do the work she’s committed to doing.”

Kirkconnell, who was also accused of “liking” racially insensitive social media posts, apologized for her past actions after the pics resurfaced. 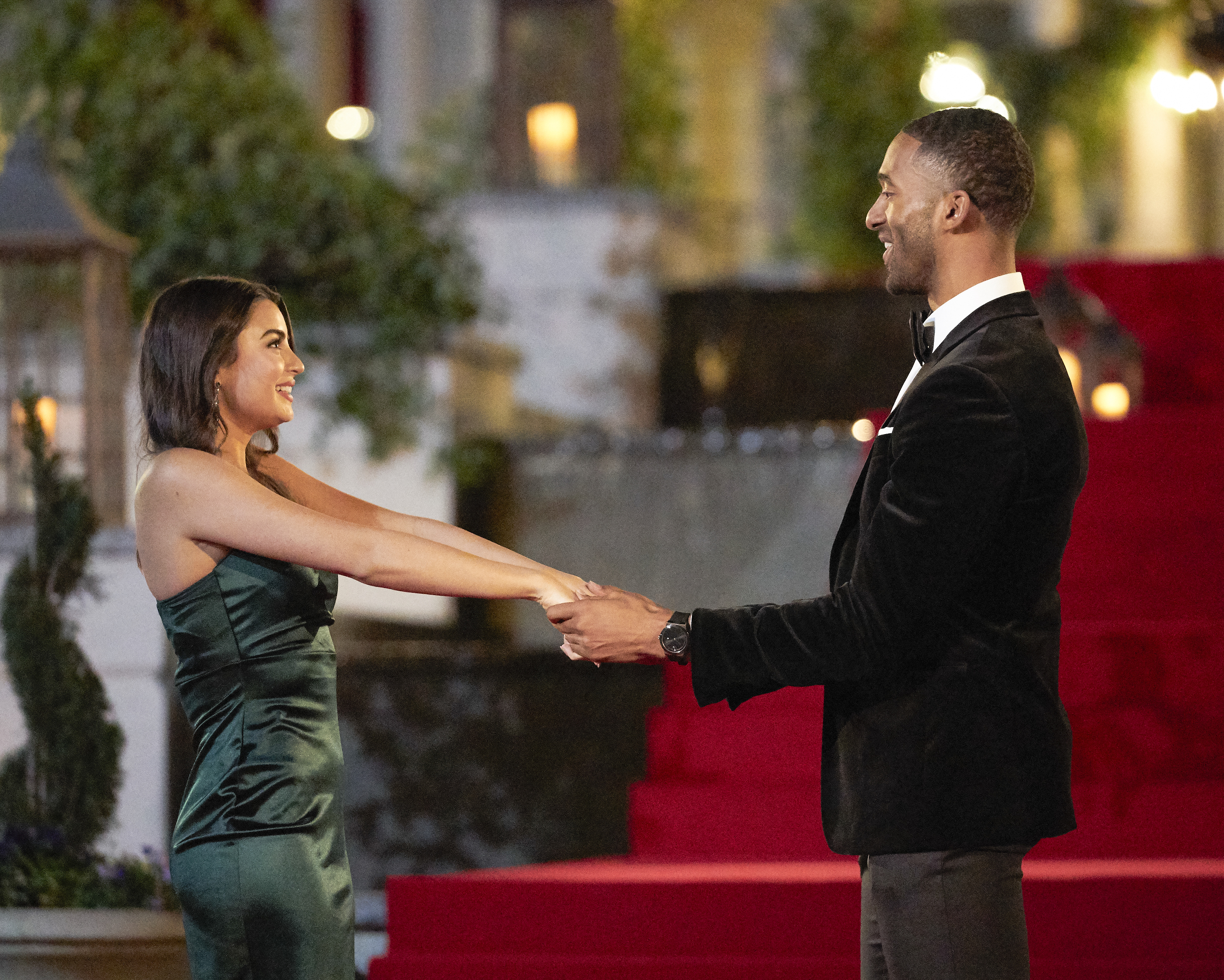 But the couple soon made another go their relationship, even though a source told us in May that James was initially “hesitant to publicly and outrightly confirm it right now because it’s still fresh and they still have issues to work through.”

Since then, they have been spotted out and about together, traveling around the country — and showing their love all over Instagram.