Spaniard Jaime Martin will pick up the baton as the next principal conductor of the Melbourne Symphony Orchestra after a five-year hunt to fill the position.

Martin, who has led some of the world’s best orchestras, commissioned major new works and is highly acclaimed for his career as a flautist, will visit Melbourne in August to conduct a concert series before he starts in the position in January.

He replaces Sir Andrew Davis, who ended his tenure as chief conductor after six years in 2019 and will now become conductor laureate. 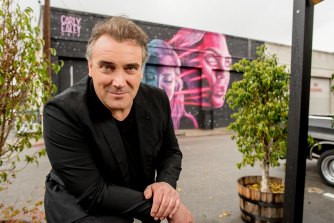 The London-based conductor, 55, assumes the position as MSO tries to find its feet after a troubled year that saw relationships between the orchestra and management sour.

Martin is currently music director of the Los Angeles Chamber Orchestra, chief conductor of Ireland’s top orchestra the RTE National Symphony and is a principal conductor with Sweden’s Gavle Symphony Orchestra. He was also recently announced as the principal guest conductor of the Spanish National Orchestra for 2022-23.

A Fellow of London’s Royal College of Music, Martin started conducting full time in 2013. As a flautist, he was principal with the Royal Philharmonic, the London Philharmonic, the English National Opera and the Academy of St Martin the Fields and he played regularly with the Chamber Orchestra of Europe. In 2019 and 2021, he performed with the MSO.

“It’s absolutely fantastic, I am really excited about it,” Martin said from his home in London. “I’m so happy that they wanted me to come back.

“To start with a new orchestra in a new city in a different part of the world, it is a challenge. I find this an extraordinary opportunity to meet and to get to know what is particular and to understand how music is important in Australia. I know – or I pretend to know – what is the impact of music here in Europe and in America now a little bit.” 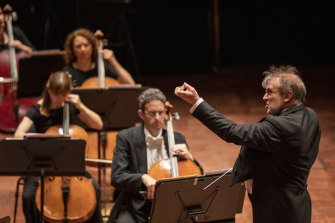 Martin said he hoped to surprise his audience, “to hit their hearts and warm their hearts”. He also wants “to take the music further” by nurturing new works. 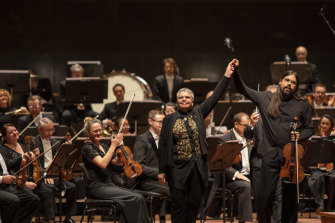 In February this year, Martin conducted the premiere of Deborah Cheetham’s ‘Nanyubak’, played by Aaron Wyatt and the MSO

Appearing with the MSO in Melbourne in February, Martin conducted the premiere of Nanyubak, by Yorta Yorta composer and soprano Deborah Cheetham.

Aaron Wyatt, the viola soloist at that performance, is of Noongar, Yamatji and Wongi heritage. It was the first time a First Nations instrumentalist had played with a major symphony orchestra in Australia.

Accessibility is high on Martin’s agenda. It was only because music was part of his primary school curriculum that he was able to study it. From a humble family in Santander on Spain’s north coast, seeing his first concert when he was eight was life-changing.

“When I think about that, I think I was lucky because if I was interested in learning to play the flute, I could do it, that was not a problem. Music education was free for everybody.”

Martin said instead of fixating on younger audiences, the more pressing question was how to expose children and teenagers to classical music. “I think it is a question of life – at different times in life we want different things. There are 20-somethings who want to go see Shakespeare or Beethoven, of course, there would be loads, but … I have two boys and if I asked them would you like to go to one of my concerts or a pop concert, probably they would want to go to a pop concert. The same as if you asked me, I want to sit down. They want to be jumping and dancing around.”

He said life in London was slowly returning to normal, with concerts starting again. He has been conducting in Spain, Ireland and will head to Los Angeles next week.

Martin doesn’t play the flute often these days but said playing in an orchestra is magical.

“There’s something about an orchestra I think is complete magic. It is a funny thing because we talk about classical music, I would almost prefer to talk about orchestral music. Even people who are not very interested in Beethoven or Brahms, are incredibly familiar with the music, you are watching a film… even nowadays with these amazing machines, they still choose to record the music with the orchestras – it’s because there’s something about the sound. This is something that is for everybody.”

“To be an orchestral musician was something I could not stop doing. When I look at young kids playing with an orchestra is the best thing ever.”

While in Australia, Martin plans to work with the Melbourne Youth Orchestra.

“An orchestra is a micro-cosmos of life, of how to behave in life. As an educational tool I think it is invaluable.”