Mr Morrison sealed a deal with Queensland LNG exporters to offer any uncontracted gas to customers in the domestic market at a "reasonable price" that excludes international shipping costs before it is exported. 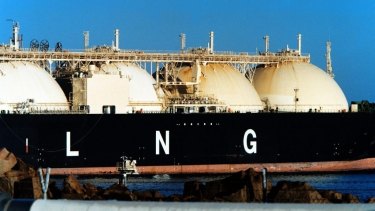 The deal effectively renews an agreement the Turnbull government secured in 2017 and inserted a new requirement for LNG exporters to give first offer to the domestic market at all times, and not just in the event of a shortfall.

It comes nearly three years after Australian LNG producers gained access to the more expensive international market. In that time gas contract prices rose from $4 to $5 a gigajoule to $8 to $10 a gigajoule.

"Gas is critical to our economic recovery and this agreement ensures Australian businesses and families have the gas supply they need at the cheapest possible price," Mr Morrison said.

The Energy Users Association of Australia (EUAA) said the deal was welcome, but it didn’t include price controls to bring affordable gas on the market.

"There is so much more that needs to be done to bring down domestic gas prices to a level where manufacturers can be competitive," EUAA chief executive Andrew Richards said, adding new east coast gas supply projects would be crucial as well.

He argues the "reasonable price" offer to domestic buyers should not only exclude shipping, but also costs associated with LNG export processing – which is not required to supply domestic gas.

Mr Morrison said in September the government plans for the gas led recovery would "strengthen price commitments" for the domestic market.

"We're a market economy. What we want to see is the market operate well here and we don't want to put a floor on the price," he said.

There was "considerable disappointment" in industry that the government's gas initiatives would only deliver a "relatively negligible contribution" to lowering gas prices, Mr Willox said.

Australian explosives and fertiliser manufacturer Incitec Pivot and petrochemical company Qenos have warned their businesses are not sustainable without cheaper gas.

Australian Workers Union national secretary Daniel Walton said in rejecting price controls the deal "sells out Australian manufacturing workers to benefit a handful of multinational giants who extract our gas and export it to Asia".

Labor energy spokesman Mark Butler said the deal was "another announcement with no delivery".

"Scott Morrison promised a price trigger for export controls last year and he has not delivered," he said.

The new deal will deliver competitive local prices, he said, and the "Australian domestic gas market is undeniably better off because of the east coast LNG export industry," Mr Harty said.

Last year Australian east-coast gas prices dropped to $5 a gigajoule amid the disruption of COVID-19 and plummeting international demand. But energy demand driven by an icy northern hemisphere winter and gas supply shortages has in recent weeks seen a spike in the benchmark price for Asian LNG. Analysts now forecast LNG prices to average around $US8 a gigajoule for 2021, which may keep domestic prices elevated as well.