A new mum was left feeling heartbroken when her newborn sadly passed away 14 hours after delivery.

Now she’s reminded of the pain two years on as her sister has given her baby the same name, sparking a heated debate online with many describing the act as ‘greedy’ and ‘hurtful’.

Sharing the situation to parenting platform Mumsnet, the woman asked if she was being ‘unreasonable’ for feeling upset over her sister’s decision.

The post titled, ‘They’ve stolen my baby name’ was shared on Sunday and received close to 300 responses before being deleted. 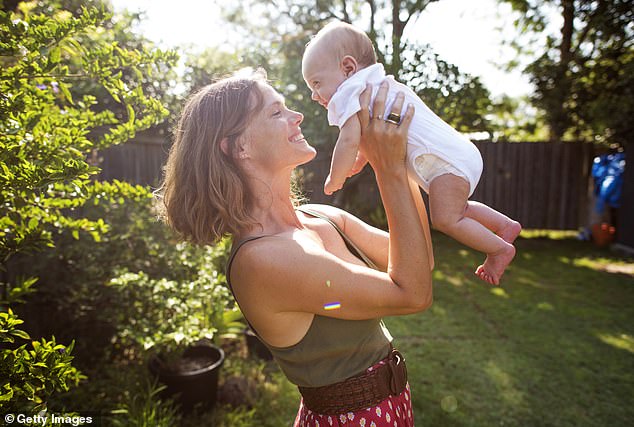 On Mumsnet a woman explained her ‘greedy’ sister named her baby after her own newborn who passed away 14 hours after being born. ‘It’s a bit mean, am I being unreasonable? My dear daughter passed away two years ago last week,’ the woman wrote (stock image)

How would you react in this situation?

How would you react in this situation?

‘It’s a bit mean, am I being unreasonable? My dear daughter passed away two years ago last week,’ the woman wrote.

‘My sister-in-law and brother-in-law are having another baby and just announced to us they’re calling her the name of my daughter.’

In the comments the woman explained how her daughter died 14 hours after she gave birth, and continued to express how hurtful she felt by the couple’s actions.

‘[My] mother-in-law and other sister-in-law say we should see it as a compliment that we picked a lovely name, and let it go,’ she wrote.

In the comments many sided with the woman, saying the sister did a ‘truly awful’ thing.

‘Wow, this is so cruel. I think this would force me to low or no contact. So insensitive and unkind,’ one person wrote.

Another said: ‘What were they thinking?!!!! I’m really sorry they’ve been so selfish but you’re totally entitled to feel the way you do.’

But others disagreed and said the woman doesn’t ‘own the name’.

‘You can’t steal a name,’ one said, and another said: ‘No, you can’t – but surely sometimes it’s off limits to use some?’

In the comments the woman clapped back and said ‘owning’ the name wasn’t the reason she decided to share the situation.