WBAI Radio chief film critic Mike Sargent on ‘It Chapter Two,’ the release of the trailer for ‘Bad Boys for Life,’ and the decline in the summer box office.

Netflix and acclaimed writer/director Ava DuVernay are being sued.

Chicago-based John E. Reid and Associates is suing both DuVernay and the popular streaming service in federal court, claiming that the police tactic called the Reid interrogation technique was falsely defamed in their miniseries "When They See Us," according to the New York Daily News.

The drama is about the much-publicized case of the Central Park Five — where five New York City youths were accused in 1989 of raping and assaulting a jogger in Central Park. Their conviction was later overturned when DNA evidence implicated another man, Matias Reyes, as the culprit. Reyes subsequently confessed to the crime. The Central Park Five were released from prison and ultimately awarded $41 million in damages. 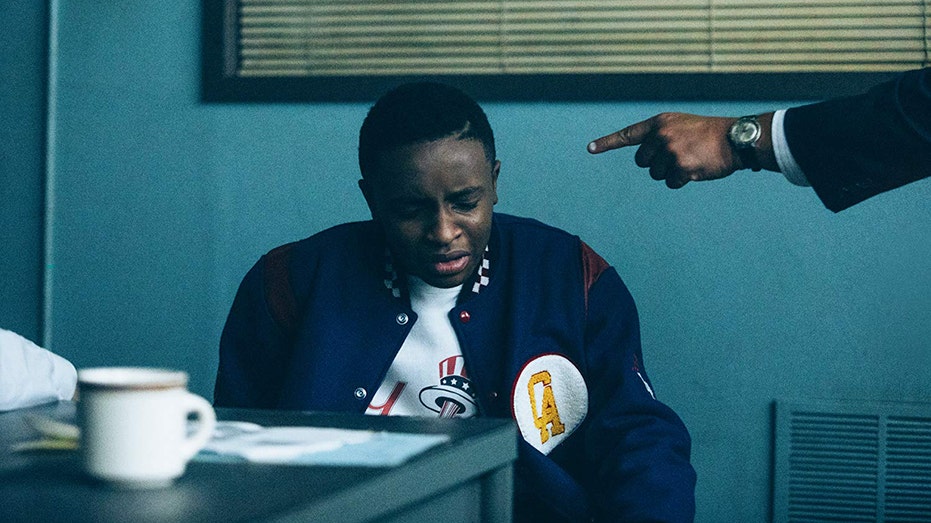 A scene from “When They See US.” (Netflix)

In the film, a city official says angrily to Michael Sheehan, a detective for the New York Police Department who conducted the interrogation of the Central Park Five: "You squeezed statements out of them after 42 hours of questioning and coercing, without food, bathroom breaks, withholding parental supervision. The Reid Technique has been universally rejected. That's truth to you."

Reid claims that statement is defamatory and false, the Daily News reports.

GET FOX BUSINESS ON THE GO BY CLICKING HERE

The Reid Technique is a police tactic during where cops confront a suspect directly with their belief that the evidence indicates that the suspect committed a crime. The tactic was first conceived of and honed in Chicago in the 1950s, says the Daily News.