North West’s closet is just as impressive as her mom’s.

“These are my bags,” she captioned the clip.

Among North’s many pricey purses? A handful of crystal-covered Judith Leiber Couture clutches shaped like pizza ($5,695), Cinderella’s carriage ($5,695) and a strawberry donut ($4,195).

She no doubt inherited her love for the blinged-out mini bags from her famous mom, who owns versions in the shape of french fries, a hot dog and a lemon slice, among others. 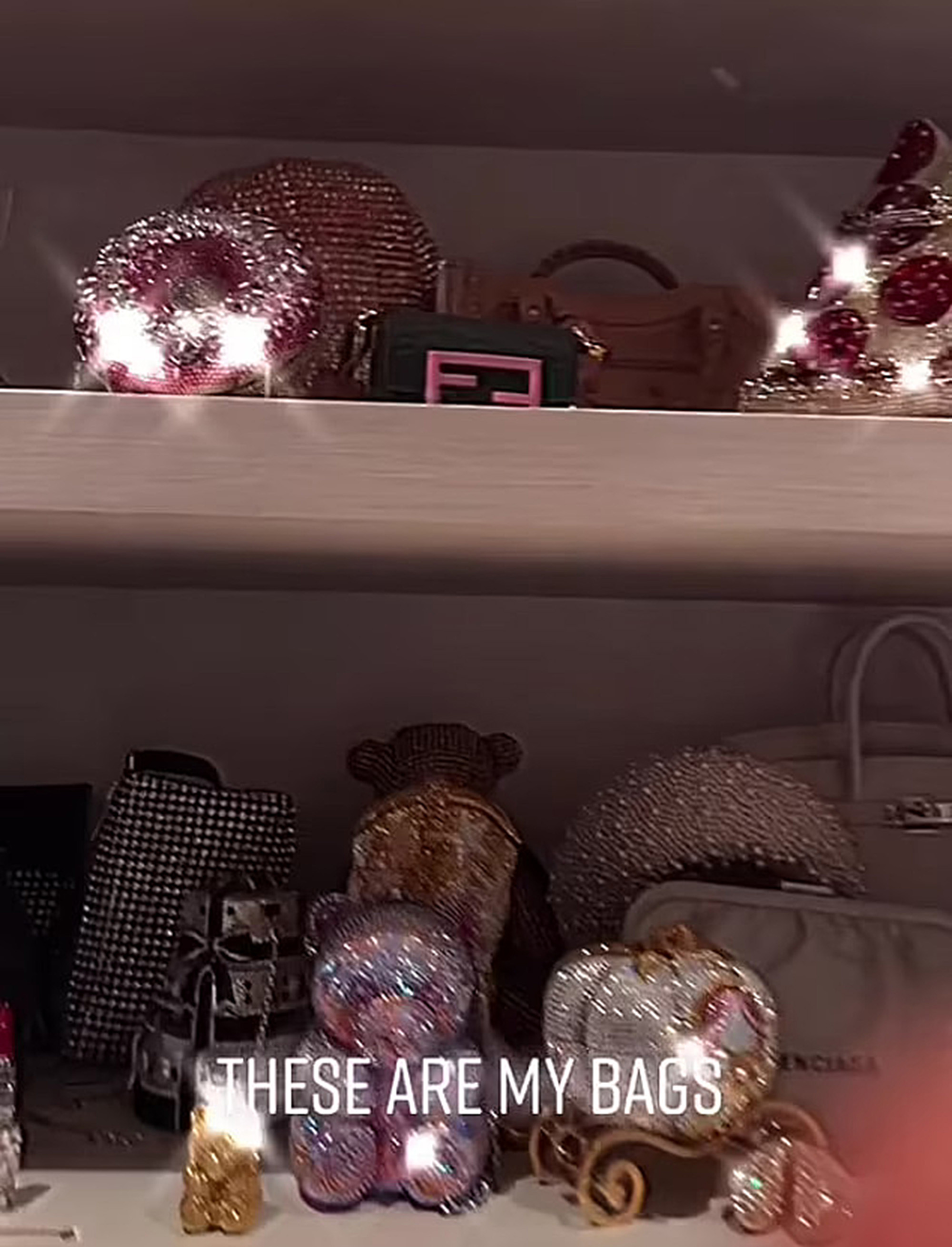 Kardashian allowed North to create her own TikTok account last month, but she may be revoking her social media privileges soon; North recently went live on the app while barging into the 41-year-old mom’s bedroom, prompting a scolding.

After older cousin Mason Disick — who has had his own share of drama on the video-sharing platform — warned his aunt about North’s activities, it seems the Skims founder made her take down her latest post. 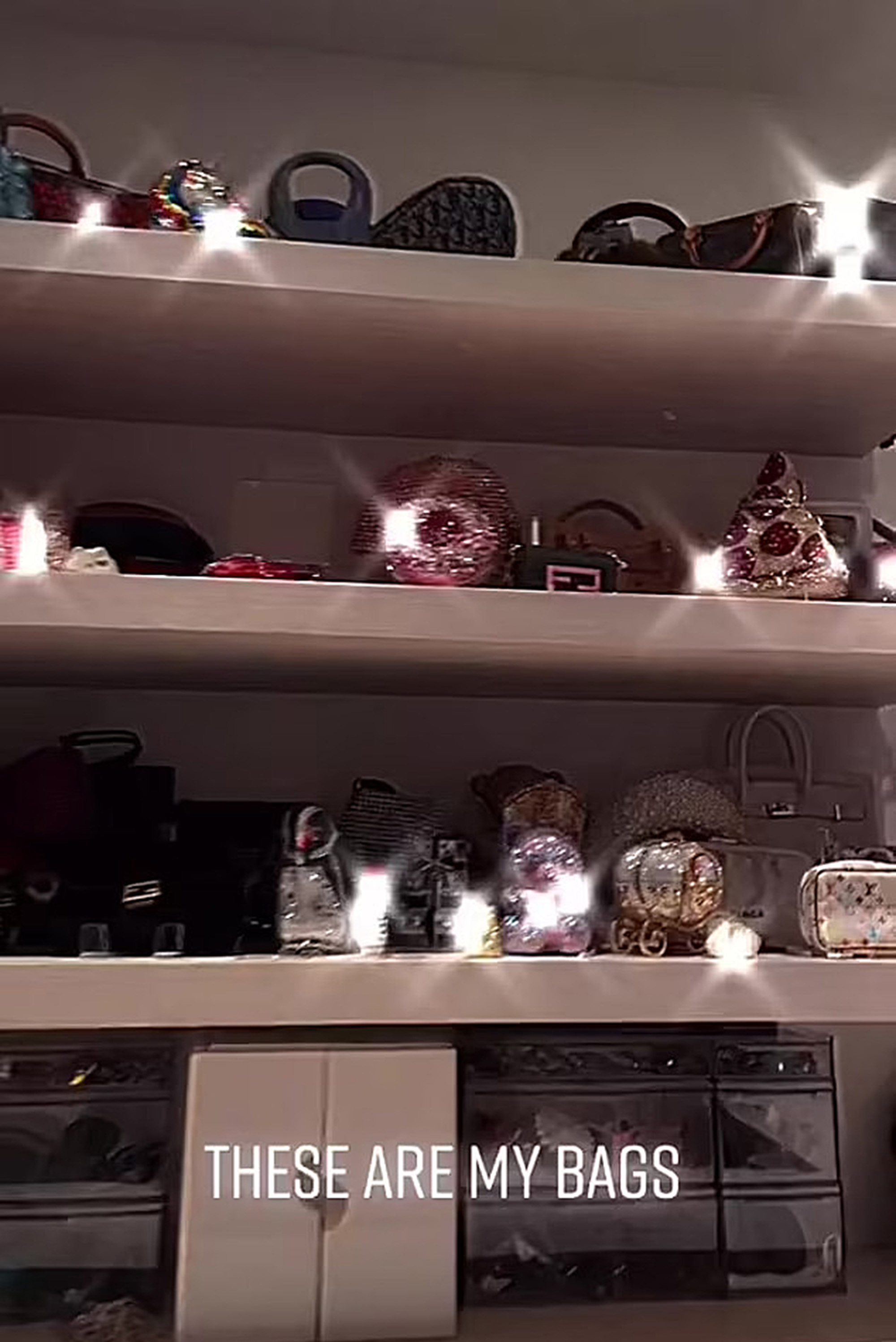 “She did feel really bad about [going live], and she apologized to me and she said ‘I saw on TikTok that I got in trouble and I’m really sorry.’ And she got it,” Kardashian told Bari Weiss in a new interview.

She added, “I mean, North West is Kanye West’s daughter. Forget that, she’s his twin.”

And in a perhaps unsurprising confession, when Weiss asked who intimidates Kardashian, she named her eldest daughter.