The moment that has been on hearts and minds for nearly a month in the city of Minneapolis has finally arrived as it was announced on Tuesday afternoon a verdict has been reached in the trial of Derek Chauvin, the former Minneapolis police officer charged with murder in the death of George Floyd.

Three Minneapolis leaders who spoke to CBS News during last summer’  protests, tell us that while they are cautiously optimistic about the outcome, they are preparing for a verdict on either side.

“The fight continues,” said Leslie Redmond, former president of the Minneapolis NAACP and founder of “Don’t Complain, Activate” a community service organization  based in Minneapolis. She added “and one thing I am feeling is resilient.”

With increased tension caused by the death of a Black man during a traffic stop in a town nearby, local leaders across Minneapolis had been stepping up activities in the city this week. Redmond said her events aimed at creating mental and emotional safe spaces.

Bishop Richard Howell, pastor of Shiloh Temple International Ministries, whose group Pray for MN held a multi-religion prayer vigil in March, says the group is holding a prayer vigil timed to the verdict regardless of whether there’s a conviction or acquittal,  although he says a conviction would be his desired outcome.

“There has to be a guilty verdict. But if it is not guilty, there’s enough talk already on what this city is not going to stand for another day in this history of this matter,” Howell said. 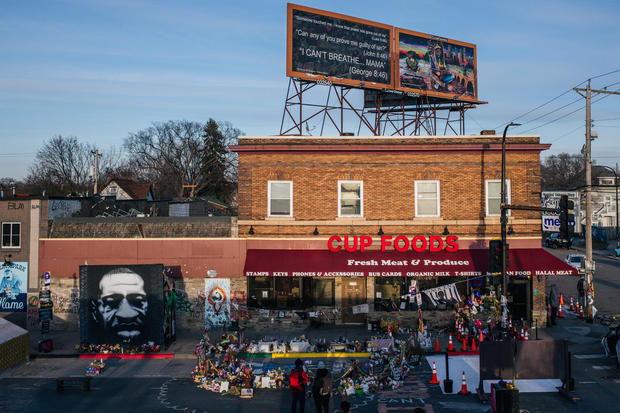 Local and national leaders have been hosting similar events throughout the city since the trial began. George Floyd’s family led a prayer vigil with Al Sharpton before the start of the trial in late March as well as one ahead of Monday’s closing arguments.

The impending verdict has also brought about additional federal resources including a heavy law enforcement presence. Operation Safety Net, which was created to coordinate public safety enforcement during the trial, said it has more than 3,000 Minnesota National guardsmen supporting the effort. A DOJ official has also confirmed to CBS News that the department has community relations services on the ground in Minneapolis in case of unrest.

In a statement the official also said that “The Facilitators are there in a supportive capacity, and not as law enforcement – they are there to keep the peace.”

Pierre Fulford, a local youth activist who is working on a collaborative initiative to establish open forums and mentorship opportunities in the city said it’s important for youth in the community to feel like they are not excluded from the table when it comes to tackling injustice.

“The rage, the feeling of it is not wrong. But when you don’t have aim, then you get chaos.”

Fulford says his mentorship program will be able to help young people discover and aim their feelings. To prepare for the verdict, he has partnered with Bethel University to host “For the Unheard,” a community engagement forum scheduled this Friday.

Since the initial aftermath of George Floyd’s death, these leaders say their focus has become even more centered on youth with a goal to create systemic changes in education, mentorship, and leadership development.

Redmond says she is working to purchase home learning kits to teach Black history. Both Redmond and Howell are working together to raise money to purchase an RV that will serve as transitional housing.

Howell is hoping widespread efforts can counter the despair he says has really rocked a lot of people in the community and with the recent death of Daunte Wright there’s an even greater call among faith leaders to do so.

“If George Floyd gave us a wake-up call,” said Howell, “Now with this recent killing in Brooklyn Center, we’re not just waking up, we’re out of bed. We got to do something and do something now.”