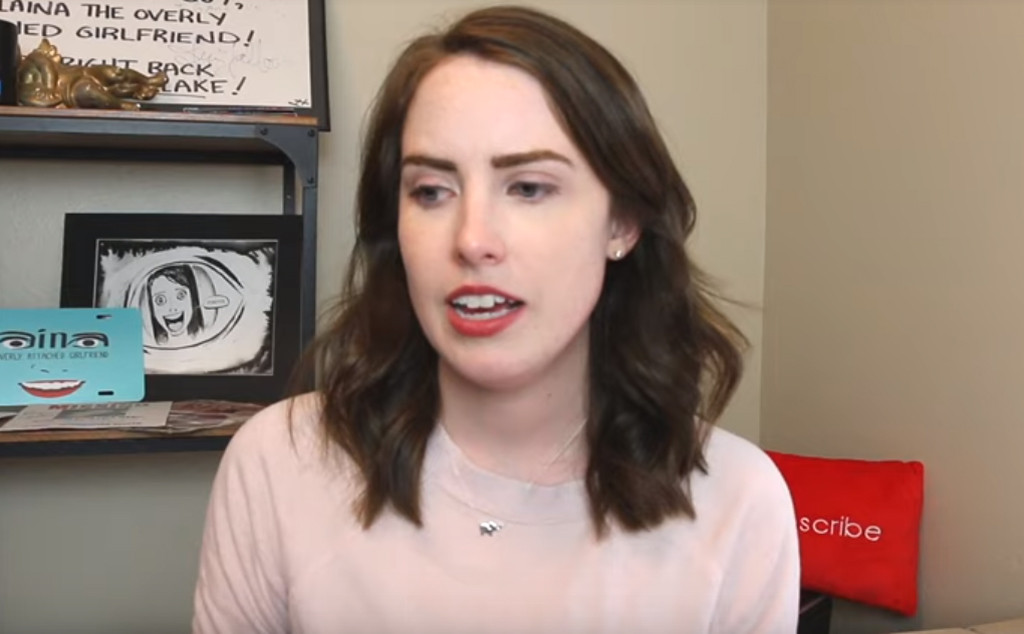 The 27-year-old, who went viral in 2012 for inspiring the “Overly Attached Girlfriend” meme, returned to YouTube for the first time in almost a year to tell her 1.2 million followers that she’s decided to part ways with the platform. In a new video posted to her channel on Wednesday, entitled “Breaking Up with You…Tube,” Laina opened up about her battle with depression over the years, stemming from the “stress” of the job.

“I started to feel a lot of pressure to make up my mind career-wise, figure out where I was gonna go with YouTube or after YouTube, beyond YouTube, and I couldn’t do it confidently and it really stressed me out,” Laina told her viewers. “After about a year and a half of doing it, I started to feel a bit depressed. And starting around 2014, I would say, the beginning of 2014…I’d sort of landed myself in a real deep depression, and I was keeping it a real deep secret from everyone around me.”

“I felt ashamed and I felt guilt for being stressed and overwhelmed in a world and with job and opportunities that were so great, I didn’t understand why I couldn’t handle it,” Laina continued. “For years, I was battling a really complicated and difficult…and for me for some reason, almost embarrassing, thing that is depression.”

Laina shared that she “didn’t understand it” and was really hard on herself because of it.

She went on to talk about her decision to take a break from YouTube in 2017 after moving to Arizona with her boyfriend.

“Taking a small break turned into not posting for an entire year,” Laina said. “Then since that last video, it’s been another year. And in that year, I have gone to therapy, I have really thought this through, I have time and time again, battled in my head, ‘Do I wanna do this? Do I wanna quit YouTube?’ And I’ve come to this point and this moment today where I can confidently sit in front of this camera and say that it’s time for me to say goodbye to you guys and officially end this thing that I’ve been really holding on to and not wanting to let go of.”

In her video caption, Laina posted links to support websites such as the Substance Abuse and Mental Health Services Administration and the Crisis Text Line.

Laina told her fans, “If you need support, please don’t hesitate to reach out for help.”