No love lost here! People share VERY scathing responses to unwanted texts from their exes – from saving a past flame’s number as a ‘waste of space’ to a photo of their clothes on fire

Many people will try to avoid contact with an annoying ex – and these social media users shared how to expertly shut down bothersome contacts from the past.

Hilarious text exchanges between former flames show that it not everyone is able to forgive and forget.

The texts shared between exes from the UK and US were compiled by  Excellent Town  and include one person asking their ex to warm them up with a cuddle while their past flame responds by telling them they’d set fire to them.

Another admitted to saving their exes number as ‘waste of time’ in their phone while a third replied with a photo of their engagement ring when a former flame was trying to rekindled their romance.

Here, FEMAIL reveals the most cringeworthy and hilarious messages between exes. 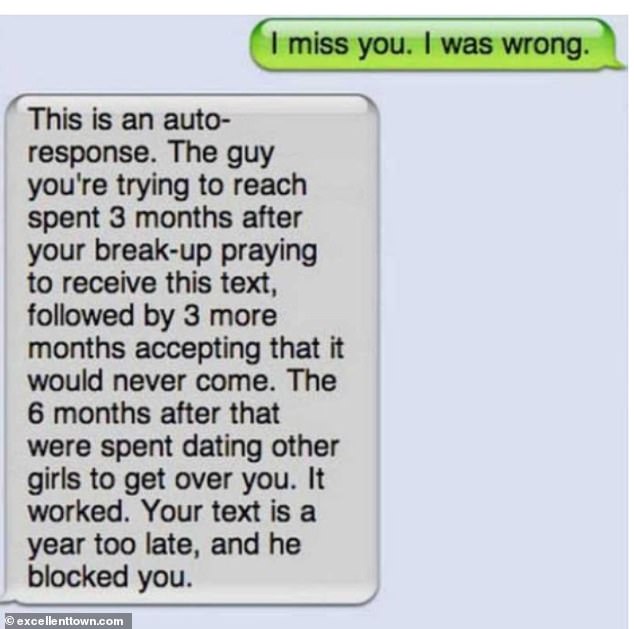 People have shared hilarious and cringe-worthy text exchange between exes. One woman, believed to be from the UK, was not letting the past go 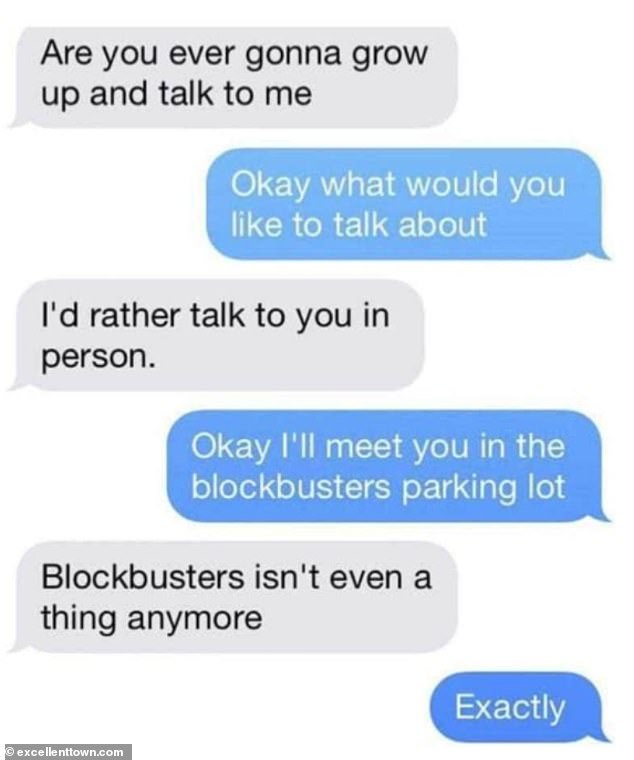 Sarcastic response: One ex, believed to be from the UK,  asked their former flame to meet somewhere that doesn’t exist when they pestered her to talk in person 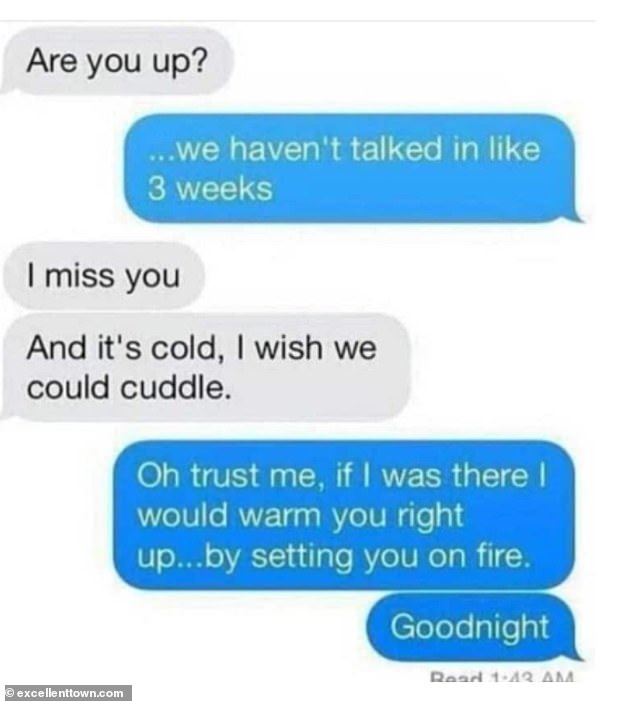 Old flame! One former partner from an unknown location was hoping to cuddle with their ex, but the other told them they’d rather set them on fire 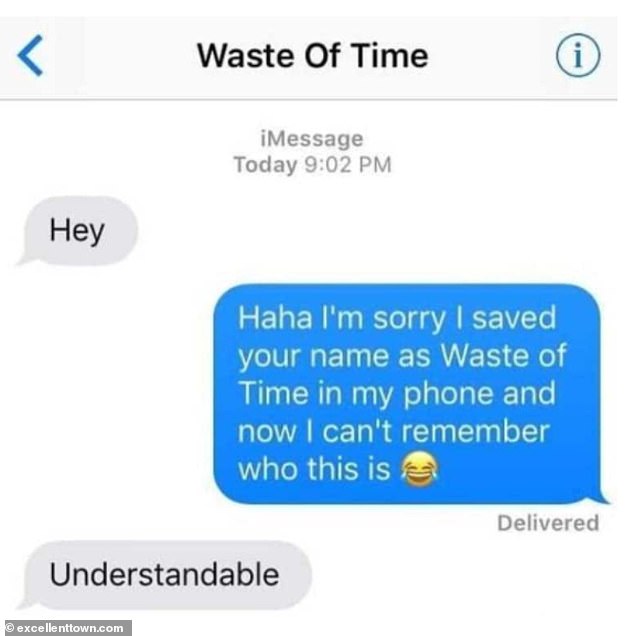 Taking a precaution! One UK woman saved their formed flame’s number as ‘waste of time’ and let them know when they tried to reach out to them 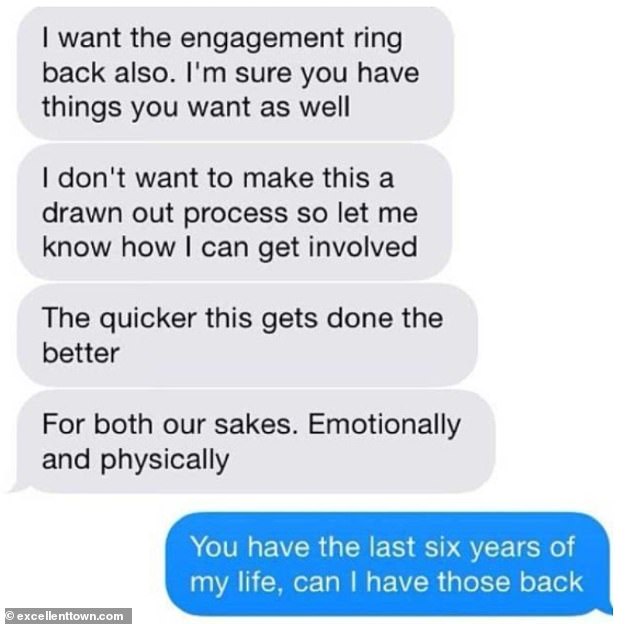 Don’t dish it out if you cant take it ! One person from an unknown location requested their ex give  back the engagement ring and was asked for the time they spent together back 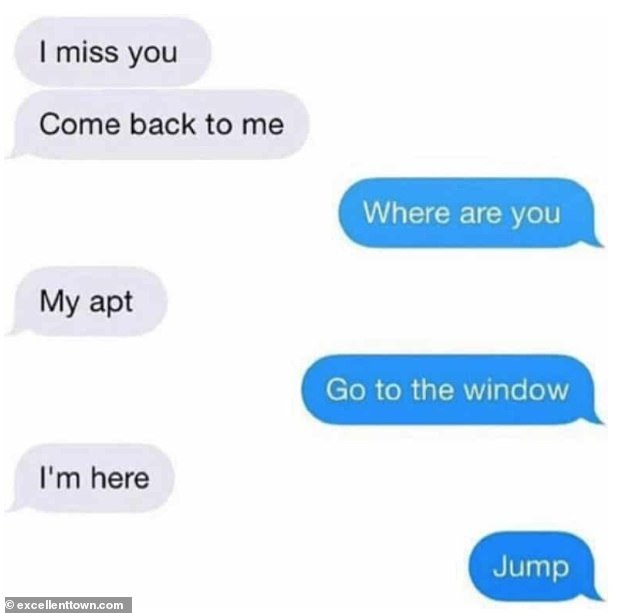 Harsh! One person, believed to be from the US,  told their former partner to jump out the window when they told them they missed them 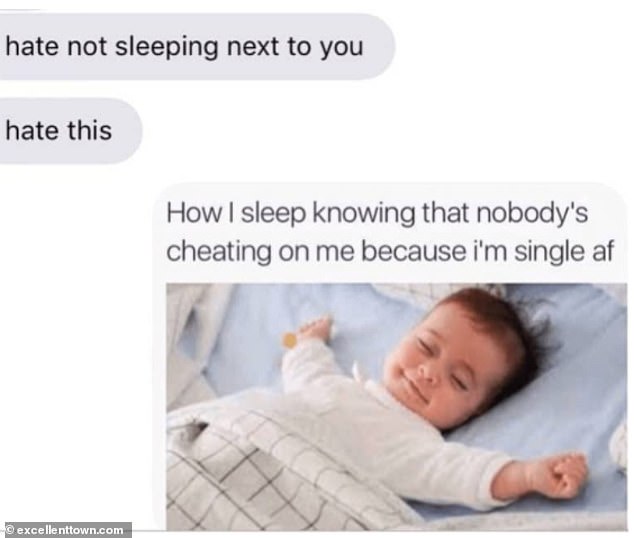 Sleeping like a baby: When an ex said they hated not sleeping next to their former partner, one person revealed they were happier without them 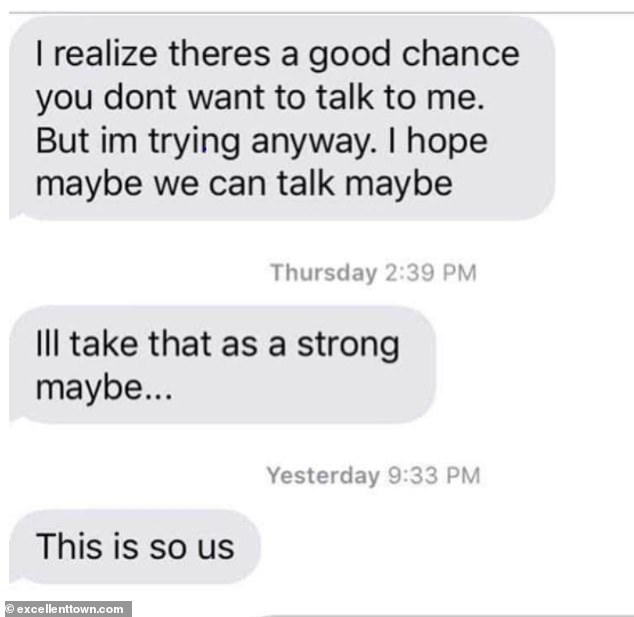 Sound of silence! One former partner, believed to be from the US, wasn’t discouraged by their old flames’ lack of response when they tried to reach out 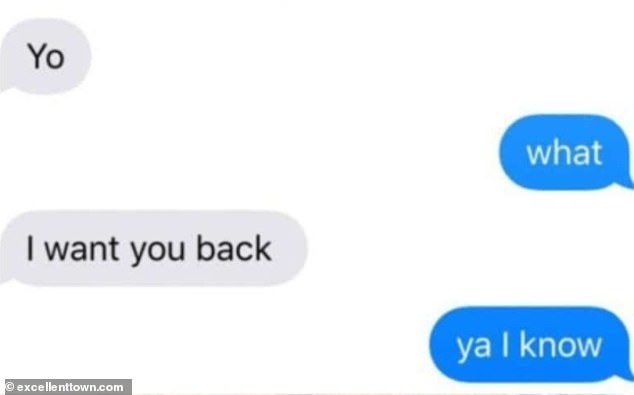 Tell me something I don’t know! One person, believed to be from the US,  was not shocked when their ex-partner told them they wanted them back in their life 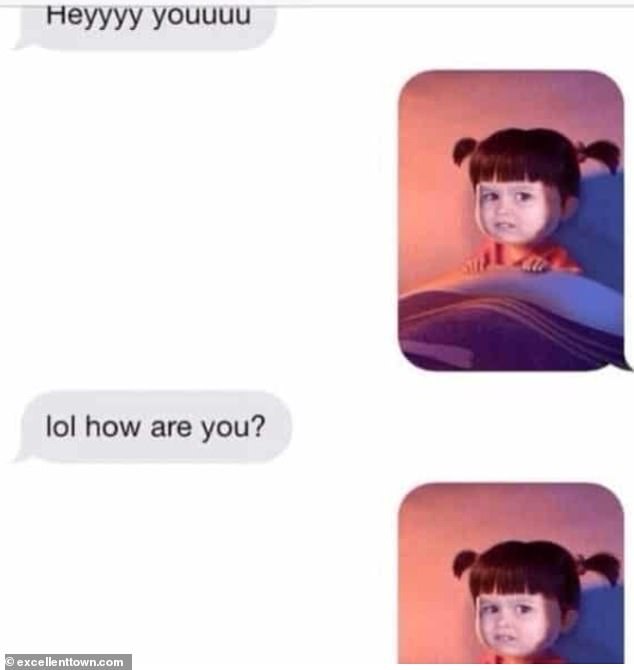 A picture is worth a thousand words: One person used a Monster’s Inc meme to show their disgust when  their ex tried to contact them 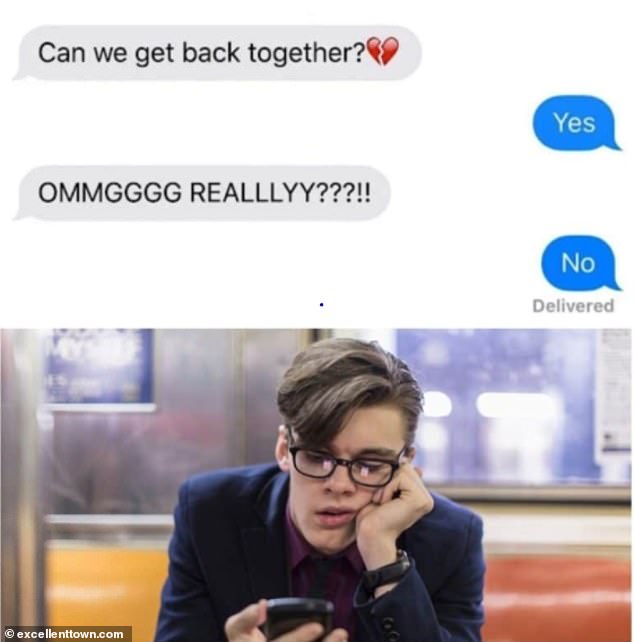 Ouch! One ex played a trick on their former partner when they asked them if they wanted to get back together 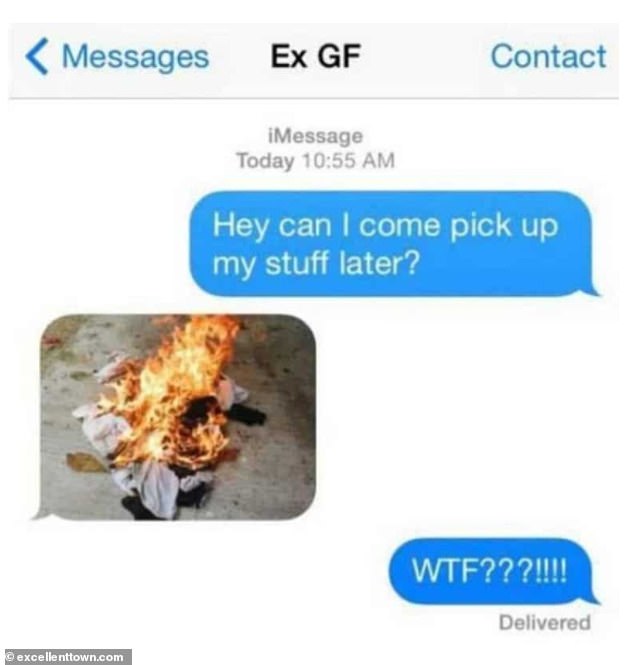 When there’s smoke!  One ex asked for their stuff back and got a response of their clothes in a pile on fire 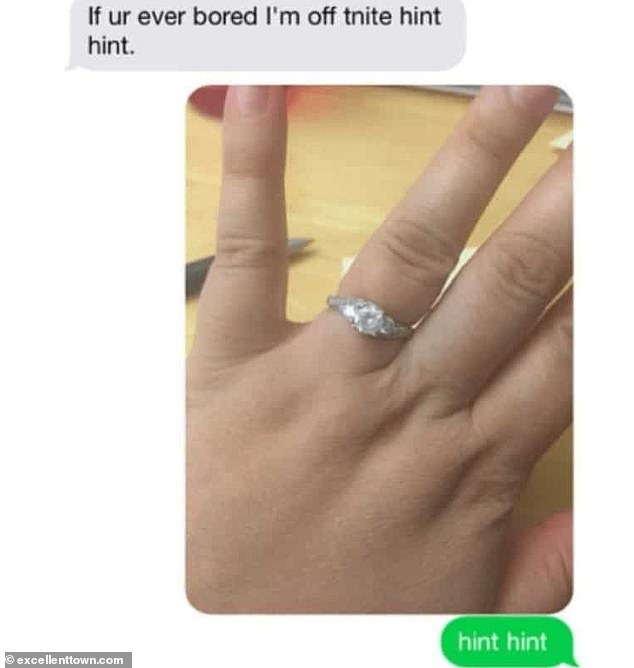 When a former flame propositioned their ex, they replied with a picture of their engagement ring to put matters to bed 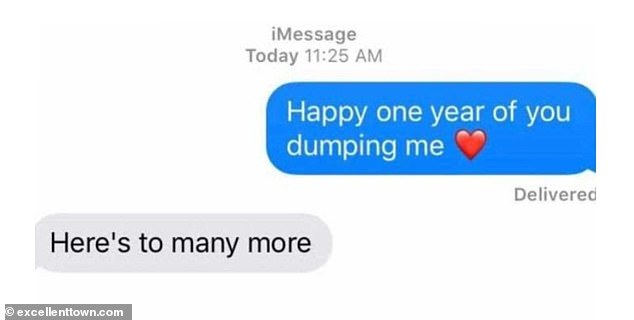 When a self-pitying ex send a message commemorating the anniversary of their break up, their former partner had a very brutal answer