Announcing the end of her 22-year marriage, Yorkshire Shepherdess Amanda Owen says she and her soon-to-be ex-husband Clive both believe ‘it’s the right choice for the future of our family’.

Also that their ‘number one priority is the happiness and wellbeing of our children’.

That’ll be all nine of them, aged from 21 to just five. Meanwhile, she’s living in a separate cottage a mile away from the family farm while busily promoting her latest book and is seemingly part of plans for a sixth series of the hit Channel 5 series Our Yorkshire Farm. 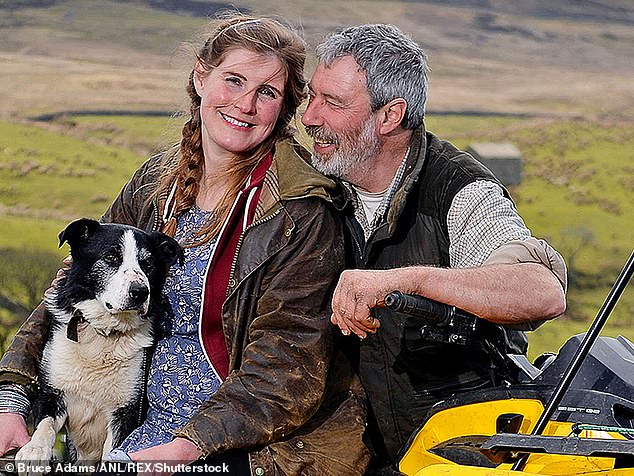 The former model first appeared on our screens back in 2011 in ITV’s The Dales, although this series, which invites us onto her farm, started in 2018. Since then she’s been no stranger to promoting the farm and herself and, ironically, best-selling books about life with her husband.

She has spent years courting publicity. And she has been very successful at it. But is she now counting the cost of that success, which has gained her so many millions of adoring viewers on TV?

Given her family’s difficulties, she’s no longer keen on publicity and is asking for privacy from the media. Last October, too, she blamed ‘media intrusion’ for ‘amplifying’ the problems in her marriage. But the truth is, it was she who invaded her own family’s privacy — and Channel 5 suggests another series is in the pipeline. 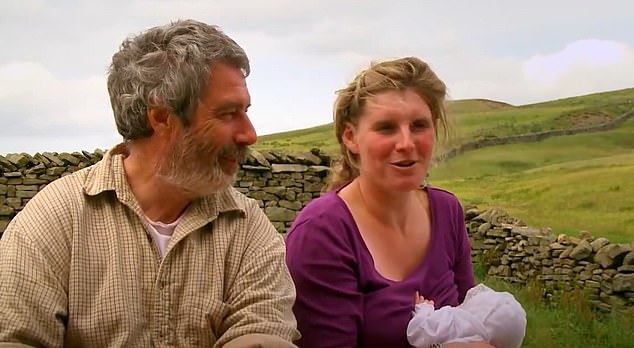 Imagine her children’s confusion, with Mum and Dad parted, if they continue to be followed around by the TV cameras at home, forced to put on a brave face when their world is crumbling.

We don’t need a vast body of published research to tell us children from broken marriages suffer. Not irreparably, but it hurts them.

And while most kids can come to terms with their parents parting in privacy, that wouldn’t be an option for the Owen clan. They would have to carry on playing happy families for the television.

If Amanda’s ‘number one priority’ is the children, she’d surely banish the cameras, decline the big book deals and take on the hardest role of all, being a devoted single mum. But has she grown too big for her Wellington boots?

Looking as slim as a woman half her age, Liz Hurley posts pictures of herself in the Caribbean celebrating the Jubilee sprinting along the beach holding a huge Union Jack — and proving that, at 57, she is still our longest reigning Bikini Queen. 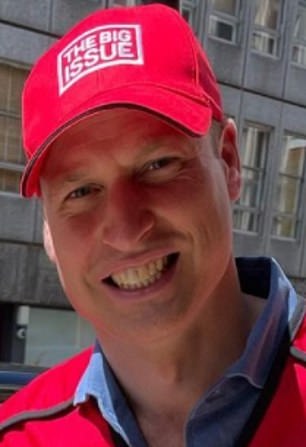 How lovely that Prince William surprised passers-by after he took to the streets incognito as a Big Issue seller to highlight homelessness, one of Diana’s cherished causes. Although in his pristine jeans and ironed shirt, he wouldn’t have fooled me. And my dear friend Mark, who’s been selling the magazine for decades, says he wouldn’t be able to hide his can of Strongbow inside that tidy red jacket.

A report finds the gift dads most want on Father’s Day next Sunday is a call from their child. That’ll fall on deaf ears for Meghan Markle, who hasn’t spoken to her father since before she married Prince Harry in 2018, nor even let him set eyes on his two grandchildren.

After being almost written out of the Jubilee celebrations, the Sussexes were able to lick their wounds on their private jet. The return trip emitted nearly 30 times the annual carbon each of us is allowed by the Paris Climate Agreement. Just saying.

Despite using ingredients such as ecstasy, anti- depressants and ‘cuddle hormone’ oxytocin, scientists claim within five years they will have developed a potion to make us fall in love again with our partners and make us want to bed them. We ladies already have that, it’s called a bottle of Chablis.

Actress Rebel Wilson, after dating men all her life, has now found love with her Princess Charming. Surprising, because it is hard for many of us to imagine anyone changing sides in their 40s. But good luck. The world has long been woefully short of great role models for gay women. 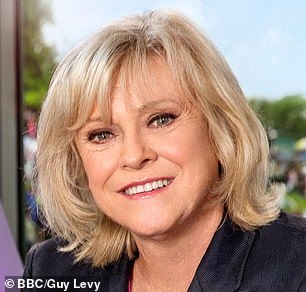 Devastating that Sue Barker has decided this will be her last year presenting Wimbledon, despite being offered a three-year contract. She’s quitting at 66 while she’s ‘still on top’. Wimbledon without Sue is like strawberries without cream, Pimm’s without, er, the Pimm’s. I hope she reconsiders.

Heroes of the week are surely the four squaddies of the Mercian Regiment in Helmand Province who engaged a solicitor to get their interpreter out of Kabul where he, his wife and two young daughters had been hiding in a basement since we abandoned them. ‘Abdul’, not his real name, broke the Taliban’s codes, identifying snipers and saving British lives. All he wants now he’s in the UK is to get a job, saying humbly: ‘Hopefully I can learn new skills and work in dishwashing, maybe a shop, I really don’t mind.’

J.Lo arrived at the premiere of her new documentary Halftime, in which she modestly traces the highs and lows of her fabulous career as an actress, singer and business mogul. Her outfit, however, was rather less modest, panels of black satin held together with transparent chiffon barely covering her privates. Not so much Halftime, Jen, as half-dressed.

My cat Ted was incensed seeing Royal Mail’s new set of eight stamps featuring the UK’s favourite felines. Siamese, Maine Coon, Bengal . . . pampered pedigrees! Why couldn’t it have honoured the kind of felines most of us love and share our lives with, like Ted Platell, a mixed-breed rescue cat, white with motley splodges of ginger — and a proper British moggie.

Michael Gove wants cigarettes banned for under 21s, but who would police it? Not the cops who rarely even turn up when our house gets burgled. So it would be left to the minimum wage Tesco checkout staff or late-night Londis worker to demand proof of age. A ridiculous idea. Stub it out now.

Thatcherite Brexiteer Nadhim Zahawi, who presided over our vaccine programme, is gaining traction as the one most likely to replace Boris if he falls. His Iraqi-Kurdish parents fled here with him aged nine, so the self-made millionaire is also an immigrant. What a fabulous back-story.

Finally, despite all his flaws, I’m still backing Boris. Give the man who won a stupendous majority, and has got the big decisions right, the dignity he deserves to prove he can stop partying and keep out a Labour-Lib Dem coalition that would destroy our country.

It’s brave of Emma Thompson to bare all at 63 in her film Good Luck To You, Leo Grande, about a widowed older woman filling the sexless void in her life by paying for a much younger male escort. Hats and bras off to her but, crikey, nowadays I don’t even let me see myself naked.

What a brilliant idea to let pharmacists write sick notes for us, as I’m sure mine knows more about me than any of the dozens of NHS doctors I struggle to see who haven’t a clue about my medical history. My chemist has served me for nearly two decades and is more familiar with my menopause, allergies, shingles, sleeplessness and bouts of melancholy than any person alive.

Johnny Depp’s lawyer hints the star will waive the £6.5 million awarded to him against his ex-wife Amber Heard as the court case was never about the money for him, it was about restoring his reputation. Let’s hope he’s truer to his word than Heard, who vowed to give her multi-million divorce settlement from Depp to charity and did nothing of the sort.