The Prince of Wales, 73, made supportive comments about both Harry, 37, and Prince William in relation to their fight for a more environmentally sustainable future in a lengthy essay for Newsweek’s Tuesday, January 4, issue. The remarks come amid a rocky relationship between Harry and his father, which has been going on for years.

“That’s certainly a shift from what the queen did. [Queen Elizabeth II has] now twice made speeches … where she mentioned the environment and the work that her husband Prince Philip had done,” the journalist explains. “And the work that her son Prince Charles and his son Prince William have continued to do. But she didn’t mention Prince Harry once in either of those speeches.” 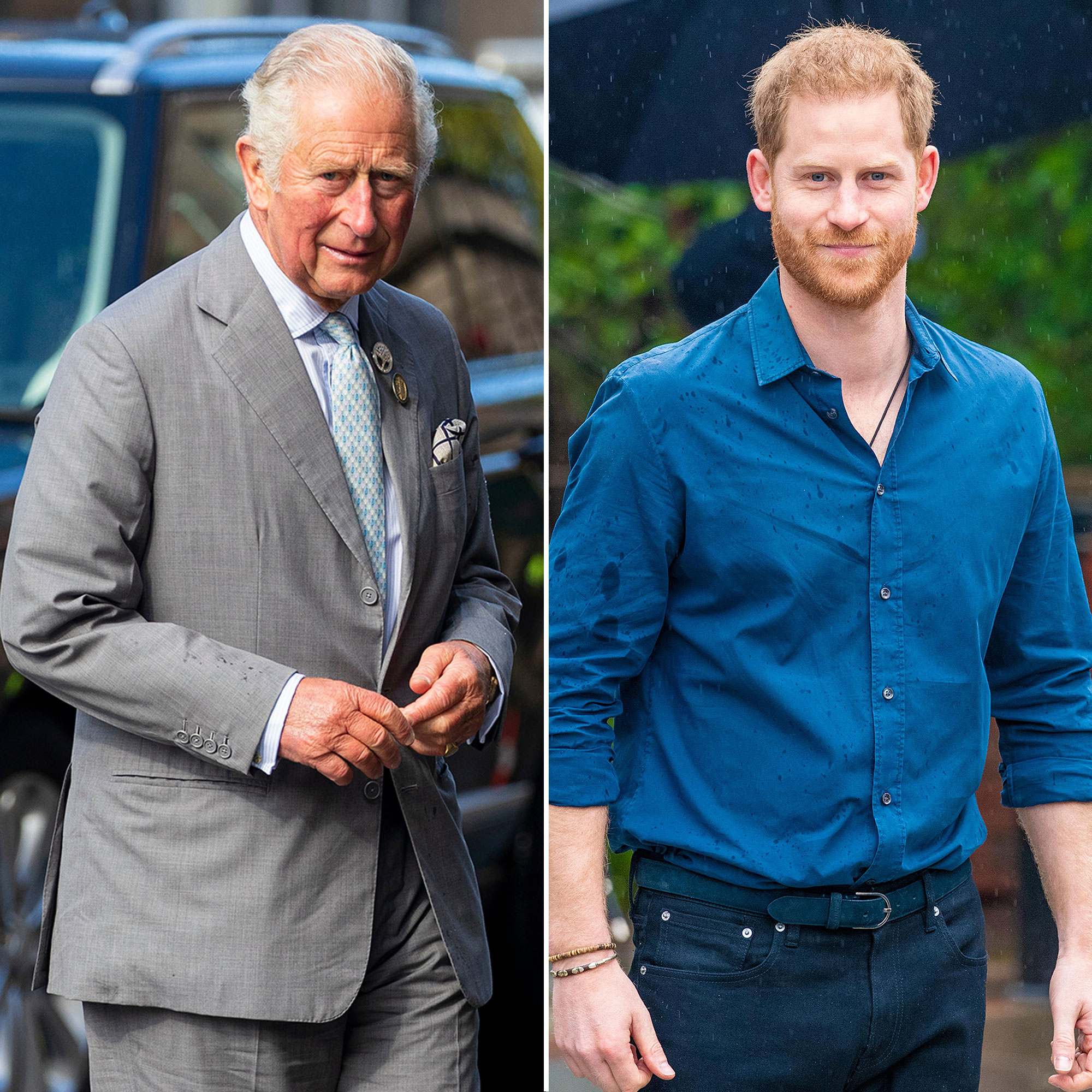 While Sacerdoti notes that the queen’s remarks didn’t seem “vindictive,” since she was focused on singing the praises of the senior working royals, Charles’ statement was much more inclusive.

“Charles has made a point of mentioning both his sons. So, I think that’s perhaps a peace offering, let’s say in the court of public opinion, played out in a magazine, which appears to be the way that Meghan [Markle] and Harry like to do things,” the British broadcaster tells Us. “So in a sense, he’s making a peace offering, and he is doing it on their turf. That is, to say, in the public gaze.”

Sacerdoti adds that the royals “would’ve liked to deal with this squabble quietly, privately behind closed doors [but] Meghan and Harry haven’t given them that option.”

Prince Harry and Meghan Markle’s Royal Drama: What to Know

The former military pilot and Meghan, 40, have been seemingly at odds with the rest of Harry’s family since they announced their royal step back in January 2020 and subsequently relocated to the U.S. The couple added fuel to the fire when they did a joint CBS interview in March 2021, claiming racist treatment of Meghan in the U.K. and lack of support from the palace led to their move to America.

The pair, who share son Archie, 2, and daughter Lili, 7 months, have had ups and downs with Harry’s extended family but appeared to be on better terms after the Duke of Sussex flew solo to the U.K. in April 2021 for his grandfather Prince Philip’s funeral.

As the royals continue to navigate their relationship with Harry and Meghan, Sacerdoti says “They’re going to have to find new ways to [make progress].”

The queen’s upcoming platinum Jubilee celebrations, which should take place in England in June in honor of her 70 years on the throne, could be the perfect opportunity for the entire group to move forward for good.

Where Do Harry and Meghan Stand With the Rest of the Royal Family?

“Sometimes families might use a special occasion or an event to put some things behind them that maybe have been causing trouble. And it’s not unusual in families to have squabbles,” the expert tells Us, noting that Harry may come alone if Meghan doesn’t want to make the trip. “Of course, the squabbles and tensions that this family are talking about are very unique. It’s not many people who go on primetime TV around the world to accuse their [father] of cutting [them] off, [or out of] millions of pounds that they were banking on having.”

Ultimately, Sacerdoti thinks her majesty’s milestone festivities could be just the ticket to end the tense relationships between all of the royals. Whether or not Meghan will come back to the U.K. for the first time since her and Harry’s royal step back, however, is still up in the air.

“Unfortunately for them and for the royal family, it will steal some focus because if she doesn’t come, everyone will be talking about that. If she does come, everyone will be talking about that,” Sacerdoti adds. “So whatever happens, I think there’s going to plenty of discussion of how their relationship is with the queen and the wider royal family. That means that this could be an opportunity for them to come back and appear magnanimous and really just throw themselves into the celebrations and keep a low profile.”