So tonight we get to party like it’s 2010. That’s the year this album was made and shelved in Prince’s legendary vault. Why? We’ll never know. Why now? Well, market motives are less mysterious than creative ones but to quote the maestro’s long-time vocal protegee Shelby J, “It ain’t milk; it don’t expire”. 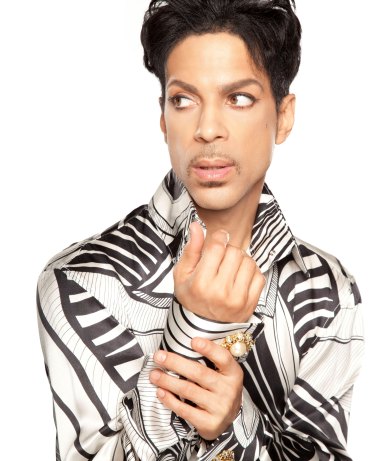 In one sense, Welcome 2 America was curdled at birth. The creeping and murmuring menace of the title track is cut from the same apocalyptic cloth as Sign O’ The Times: a withering indictment of a nation in denial and decay.

Its hall of contempt ranges from Wall Street to Google; derides mass hypnosis by technology, pornography and celebrity; references state surveillance, broken tax and education systems and alludes to the decline of something called “truth”. Pretty wild imagination, hey?

The old music biz/ slavery equation is ground zero for Running Game (Son of Slave Master), mostly sung by his vocal trio Shelby J, Elisa Dease and Liv Warfield, reputedly captured around a single mic for some of that old-school gospel-soul zing. 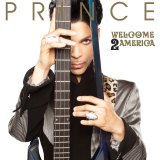 Born 2 Die is a classic Prince morality fable about a young girl who drops out of church and into sin. 1000 Light Years From Here feels much more breezy, until you realise he’s referring to how far the whole damned lot of us are from heaven.

It’s not until the big, dumb shoo-be-doo-bees of Hot Summer that we get to relax into brainless pop reminiscent of his Diamonds and Pearls era, but there’s a sting in the sun here too: “These are the days my people told me to fear,” our prophet of doom declares.

The overall groove – old school ’70s funk with a clear nod to Curtis Mayfield — is built on the fat electric bass of Australian prodigy Tal Wilkenfeld. She was 21, playing with Jeff Beck and Herbie Hancock when Prince called her out of the blue to ask her to pick a drummer and meet him at Paisley Park. Chris Coleman was the lucky guy.

The trio chemistry was the impetus, and provides the cohesion for sessions that took place over just a few days in mid 2010, with further production by Prince and his righthand keyboard dude Morris Hayes. Again, we’ll never know how complete these 12 tracks were before the bandleader sadly left us in April 2016, but it’s fair to assume some degree of posthumous curation.

At least, that’s the most charitable way to explain some of the flat spots here, beginning with the inexplicable Soul Asylum cover Stand Up And B Strong, a syrupy duet between Prince and one of the ladies that stalls halfway.

More effective at the slow end is the steamy one-man piano ballad When She Comes which, even despite rhyming “rude” with “nude”, isn’t likely to replace Nothing Compares 2U on too many purple playlists.

The early highlight of the back half is the exquisitely funky Same Page Different Book, a fantastic construction of riffing basslines, handclaps and raps that almost manages to bury the philosophical contradiction of quoting the Book of Revelations while wondering why we can’t stop fighting and all get along.

As much as we all crave miracles, by the time we get to the half-hearted revolution conscription of Yes and the strangely defeated climax of One Day We Will All B Free, it’s clear Welcome 2 America is more a footnote, albeit thrilling at times, than a full-blown resurrection. “Do you think today’s music’ll last?” he wonders caustically in the title track. Sure. But maybe not as long as Purple Rain.