A RARE £2 coin with a minting error on it has sold for £420 after collectors battled to bag it in a massive bidding war.

The coin, which the seller claims was minted in 2010, has been struck twice on both sides. 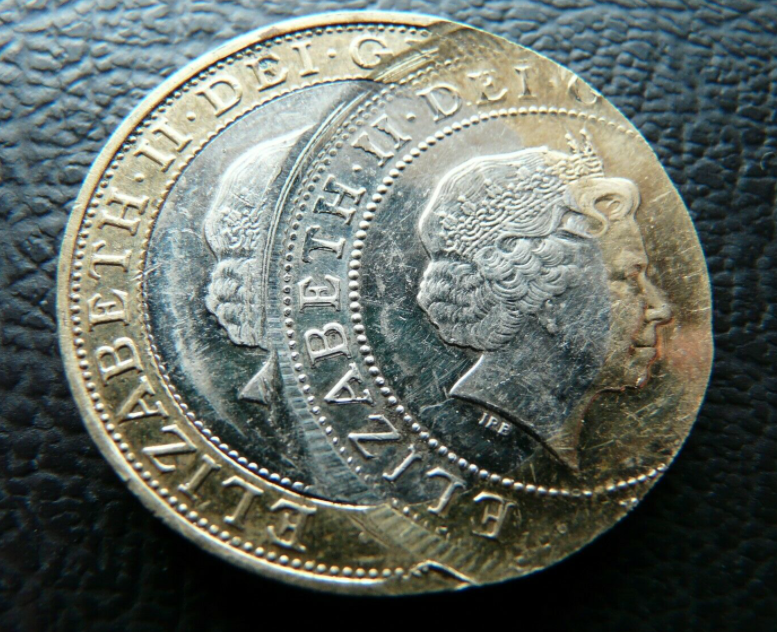 This means that both designs on each face of the £2 coin have doubled up and “fallen off” the side.

On one face of the coin, you can see the Queen’s head has been stamped twice and is not aligned in the centre.

While the other side, which features the “Standing on the Shoulders of Giants” design, also has the same minting error.

Coins with mistakes tend to be among the highest valued because of their extremely limited numbers. 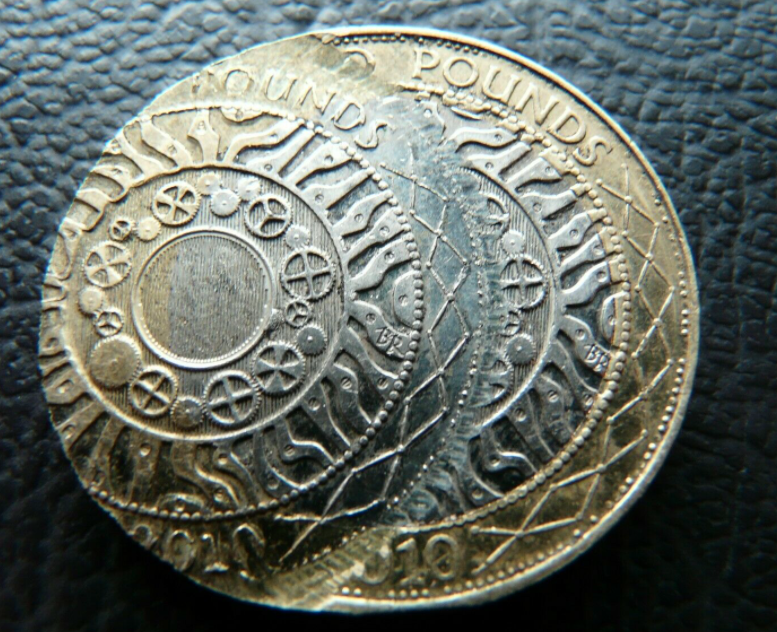 They tend to be in demand with collectors, because it's pretty rare if coins with an error make it into circulation.

The rare coin sparked a bidding frenzy on eBay,  with rivals locking horns until the very last seconds of the auction to bag it.

One lucky collector scooped it up with just 17 seconds to go with the winning bid of £420.

The seller said the £2 was in a box of coins they had received from a late relative who had passed their collection on.

RARE and valuable coins can go for a hefty sum – but how do you know if your coin is the result of a genuine minting error?

The best way to find out if you have an error coin is to send it to the Royal Mint museum, which will analyse it and see if it is a result of a genuine minting error or not.

It'll normally take a couple of weeks to get the results back to you.

But remember, there's a difference between a genuine error coin and one that is just imperfect, for example with a design that is not as clear as you'd expect.

And whatever you do, don't be tempted to splash your cash without evidence from the Mint confirming that it's a genuine error.

They added that they have more coins to come, with “several to list” over time.

But the best way to see if an error coin is genuine is to check whether the seller has sent it to the Royal Mint museum.

Coin boffins will analyse it to see if it is the result of a genuine minting mistake or not – as you’ll be surprised at how many fake coins are in circulation.

The Royal Mint manufactures between three million and four million coins a day, so you can see why sometimes things go wrong and error coins enter into circulation.

When they do, they can go for hundreds – this £2 with a similar minting error on it recently went for £138 on eBay.

While in February last year, a mis-struck £1 coin which looked like a fried egg sold for £112.

If you notice your spare change looks different to what it’s supposed to, you might want to keep hold of it and check out how much it could be worth on eBay.

You can also use an online tool called Coin Hunter, which gives you an estimated valuation of your coin based on the average of the most recent sales, as well as a range of how much you can expect it to fetch.

You can also check how much coins previously sold with the same or similar minting error have been sold for on eBay to give you an idea of pricing.

To do this, search the full name of the coin, select the "sold" listing and then toggle the search to "highest value".

It will give you an idea of the amount of money that the coin could go for.