TV ratings company OzTam has one job — to keep track of how many people are watching free-to-air television in Australia. But for almost three months this year, it got it wrong.

The agency, jointly owned by commercial networks Seven, Nine* and 10 but operating independently, contacted the networks earlier this week to confess it had underestimated viewing figures in the Sydney market from early June. 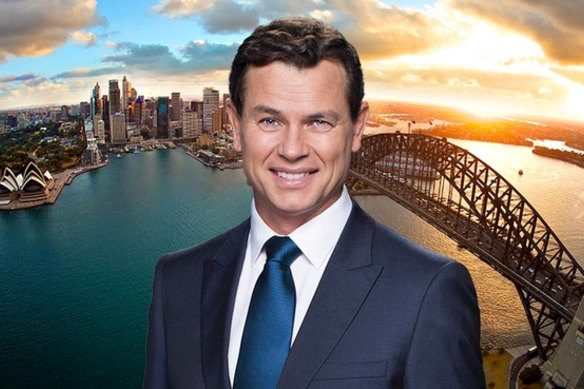 Channel 7’s Sydney news bulletin, presented by Mark Ferguson, is understood to be one of the shows most affected by the glitch. Credit:Seven

Industry sources suggest the results may be out by as much as 20,000 viewers, potentially enough to alter the rankings on at least some nights in the affected period.

The networks were notified on August 28, but it was unclear if the error applied to the entire period in question or if it had yet been resolved.

In response to questions from this masthead, a spokesperson for OzTam issued a short statement in which it appeared to lay blame for the error with Nielsen, the market research company contracted by OzTam to gather ratings data.

“The investigation continues, and once that is complete Nielsen will reprocess and republish ratings data from early June, when the anomaly began.”

The “spill” refers to viewers in the outer southern reaches of Sydney who can receive both metropolitan and regional broadcast signals. While they would ordinarily have been counted in the metro result, it is understood they were attributed to the regional market of Wollongong instead.

The ratings are the core tool used by commercial networks to set their rate cards, the price at which ads can be bought at different times and in different markets. The failure of a program to meet a promised target can result in “make-goods”, wherein the network delivers the shortfall in audience to an advertiser, usually by running the ad free in a less-watched time slot.

A shortfall in primetime might, for instance, be compensated with a re-run of an ad during the middle of the day or late evening.

It is unlikely that a variance of this size in a single market will have that sort of impact. However, if uncorrected, it could affect end-of-year standings, the bragging rights over who finished on top, and the amount advertisers will be charged next year. With network upfronts – in which they pitch the next year’s slate to advertisers and media buyers – just around the corner, there is a pressing need to set the record straight.

Sources suggest the issue was raised by Seven. While some variation is always to be expected, the network was reportedly struggling to understand why its 6pm news bulletin in Sydney appeared to be taking a dip.

This is not the first time OzTam has had issues with its numbers. In July 2020, ratings results were delayed by several days when the service was hit by a ransomware attack. In November 2016, a coding error prevented the SBS show First Contact from a top 20 spot. Recently, Seven CEO James Warburton has called for an end to reporting overnight figures entirely in response to the shift in viewing patterns that has seen more people consume their content via catch-up or time-shifting.

Increasingly, the conversation around ratings has shifted from the metro-city overnight results to a national result, with seven-day catch-up and BVOD (broadcast viewing on demand) included to more accurately reflect the overall picture. And in that respect, the latest glitch is unlikely to make any difference; whether they’re counted as regional or metro Sydney viewers, those in the “spill” are part of the national total.

They do matter, though, in the battle for top-dog status in Sydney. No matter how much the TV landscape has evolved, parochialism still has its place.