Don’t mess with Selenators. Selena Gomez fans are unhappy with writers for The Good Fight because of a joke referencing the singer’s 2017 kidney transplant.

Celebs Fight Back on Social Media

In the fourth episode of season 5 of the Paramount+ series, a streaming executive (played by Wayne Brady) asks Liz Reddick (Audra McDonald) to do a sensitivity read on a client, which leads to a conversation about cancel culture between several characters.

Jay (Nyambi Nyambi) comments that it feels like you “need a permission slip to tell a joke,” then wonders which topics might be off-limits. “Um, necrophilia?” replies a character named Jim (Ifádansi Rashad).

After the episode debuted last month, fans of the “Bad Liar” singer, 29, took to social media to express their displeasure with the reference. The phrase “RESPECT SELENA GOMEZ” also became a Twitter trending topic.

“How miserable do you have to be to take someone’s trauma/illness/struggles and use them for jokes, like just be a decent human being,” wrote one fan. “Hollywood needs to stop using Selena Gomez kidney transplant [as] a comedic punchline. Lupus is a very serious illness, it’s a miracle she survived and this is how she’s respected???” added another.

In September 2017, Gomez revealed that she had stepped out of the spotlight for a few months to have the transplant surgery. The pop star said at the time that the procedure was “what I needed to do for my overall health,” adding that complications from lupus had also been a factor.

At the time, the Disney alum shared a photo of herself recovering alongside her friend Francia Raisa, who donated the kidney. 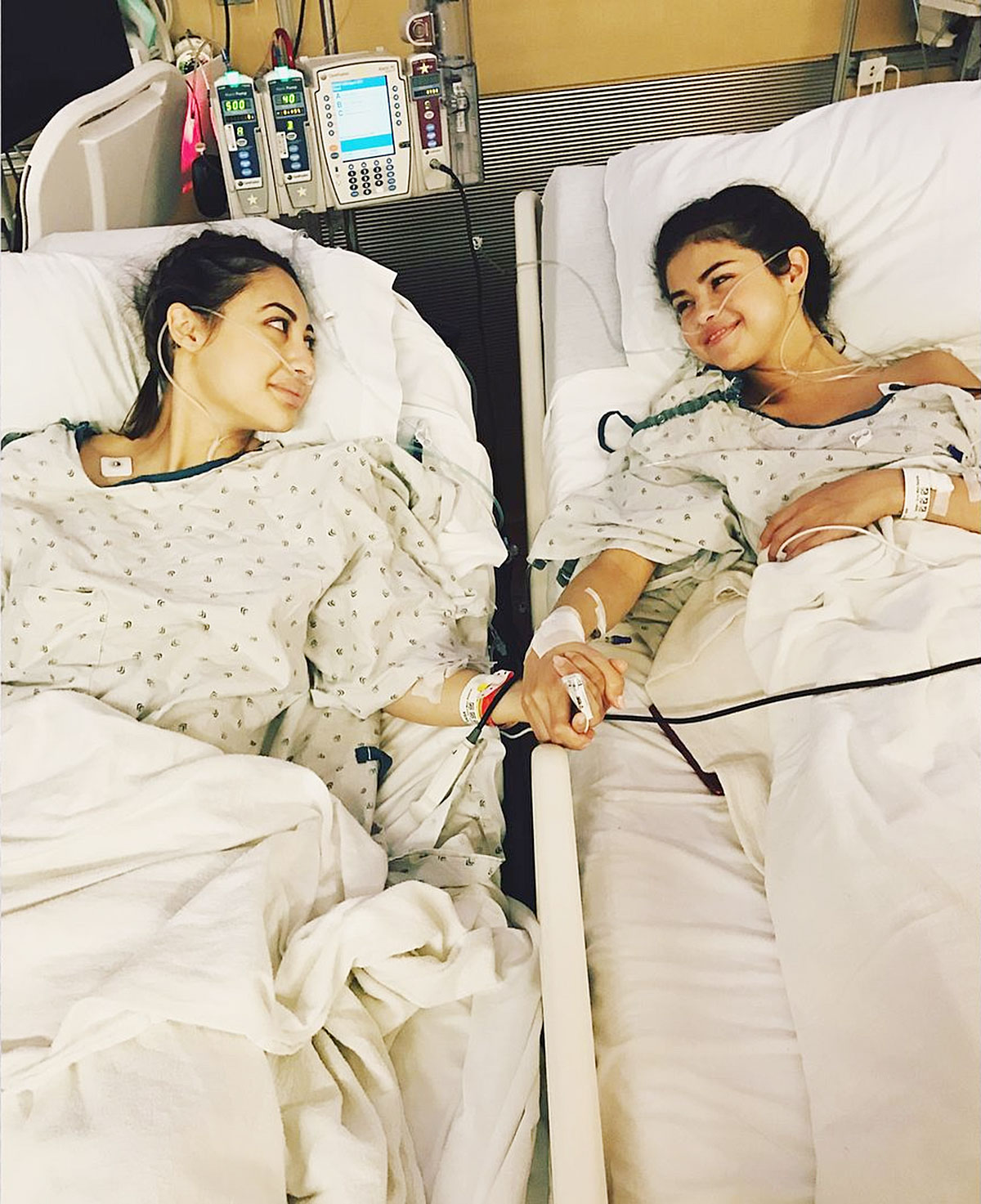 The Good Fight is not the first show that has come under fire for mentioning Gomez’s kidney in a joking manner. Last year, producers for the Peacock reboot of Saved by the Bell apologized after an episode showed characters gossiping about who donated the organ to the “Wolves” songstress. The scenes were also removed.

Selena Gomez’s Mental Health Battle in Her Own Words

“We apologize. It was never our intention to make light of Selena’s health,” the streaming service said in a statement at the time. “We have been in touch with her team and will be making a donation to her charity, The Selena Gomez Fund for Lupus Research at USC.”

After the apology, Raisa, 33, called out Peacock for neglecting to mention donors in their apology. “Some of the cast and producers have reached out to me personally to apologize for this and I truly appreciate that,” she said in an Instagram Story in November 2020. “But I do want to acknowledge that this public apology from the network should acknowledge the donors that could have been offended by this.”