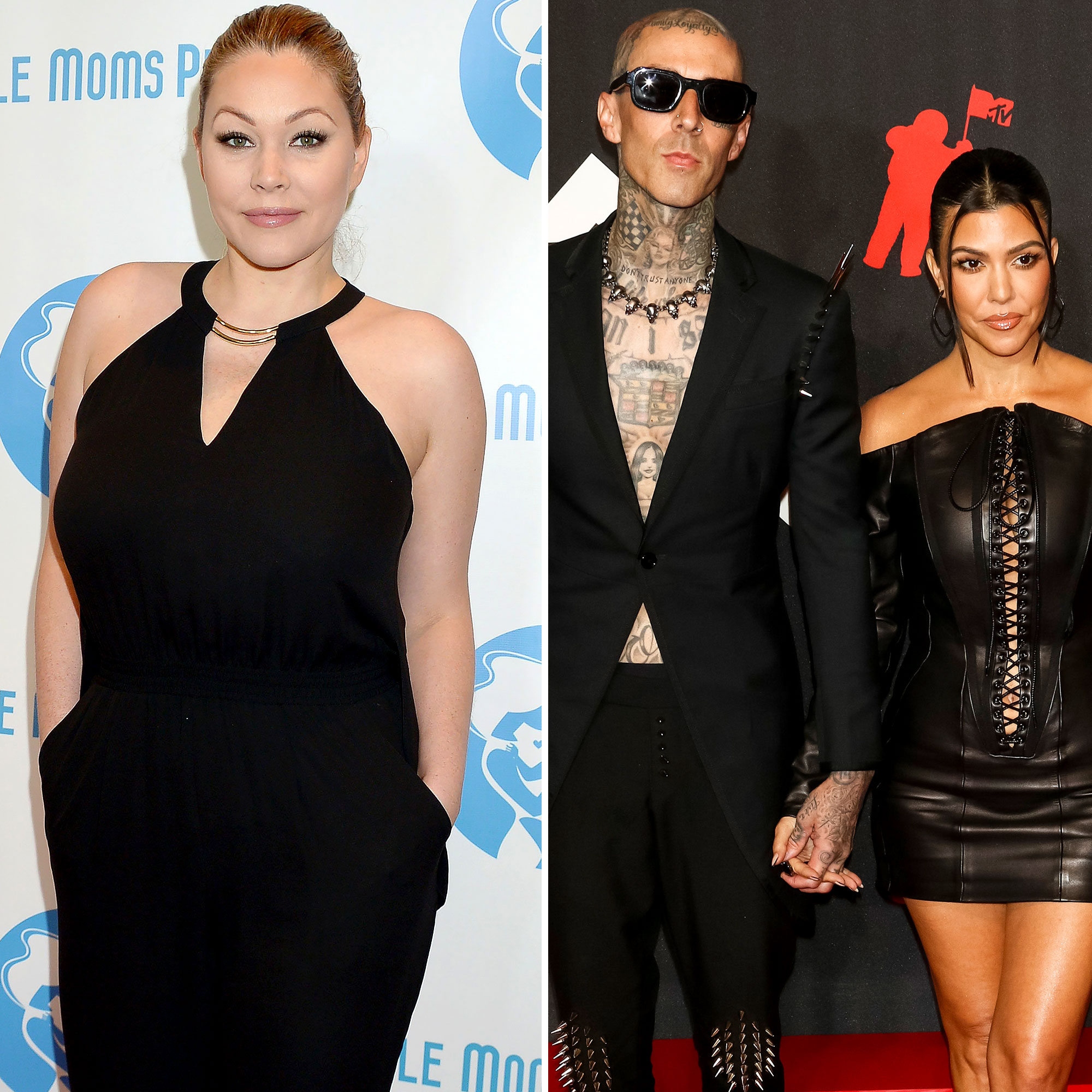 Sharing her thoughts. Shanna Moakler reacted to the news that her ex-husband, Travis Barker, exchanged vows with Kourtney Kardashian.

Shanna Moakler’s Feelings About Travis and Kourtney: Everything We Know

The Box Car Racer founder, 46, and the Kardashians star, 42, had a wedding ceremony in Las Vegas on Monday, April 4, hours after they attended the 64th Annual Grammy Awards. (It is not clear whether the duo obtained a marriage license, and according to TMZ, they are not yet legally wed.)

“Congratulations to the happy couple,” Moakler, 47, said in a statement to People on Tuesday, April 5. “I wish them the best that life has to offer on their journey together.”

The Blink-182 drummer got engaged to the Keeping Up With the Kardashians alum in October 2021 nearly one year after Us Weekly confirmed their romance. The reality star announced the proposal news via Instagram at the time, sharing photos of the couple on a California beach surrounded by roses.

Moakler, who split from Barker in 2008, has been vocal about her ex-husband’s relationship with the wellness guru, especially when it comes to their children. The former pageant queen and the Famous Stars and Straps founder share son Landon, 18, and daughter Alabama, 16. Moakler is also the mother of Atiana, 23, whom she shares with ex Oscar De La Hoya.

When a troll suggested her kids would become “Hollywood royalty” after their dad’s engagement to Kardashian, the Rhode Island native clapped back in an Instagram comment. “I’m their mother, they were royalty long before …” she wrote in October 2021. In a separate comment, she added, “I love that people are now telling me how I feel! lol I can’t with this world.”

In February, an insider told Us that Moakler had “to bite her lip sometimes” while competing on season 3 of Celebrity Big Brother, which aired earlier this year.

“[She] is definitely careful about what she says and mindful of what can happen as a result,” the source added. “Her kids are very close to Travis so she wouldn’t want to say something that would hurt them and cause their relationship to get strained again.”

Last year, the Hollywood Exes alum also shared her feelings about Barker and Kardashian’s 2021 Halloween costumes, which referenced the 1993 movie True Romance. “Can I just say how completely odd I find it that Kravis is bonding over the movie True Romance when that was you and his thing when you were married?” one Instagram user commented at the time. Moakler replied, “It’s like an episode of Punk’d.”

Every Time Travis’ Relationship With Kourtney Resembled His Past Marriage

The former Miss USA previously told Us that she thought it was “weird” that the Grammy nominee had connected with Kardashian over a film that was meaningful to their marriage.